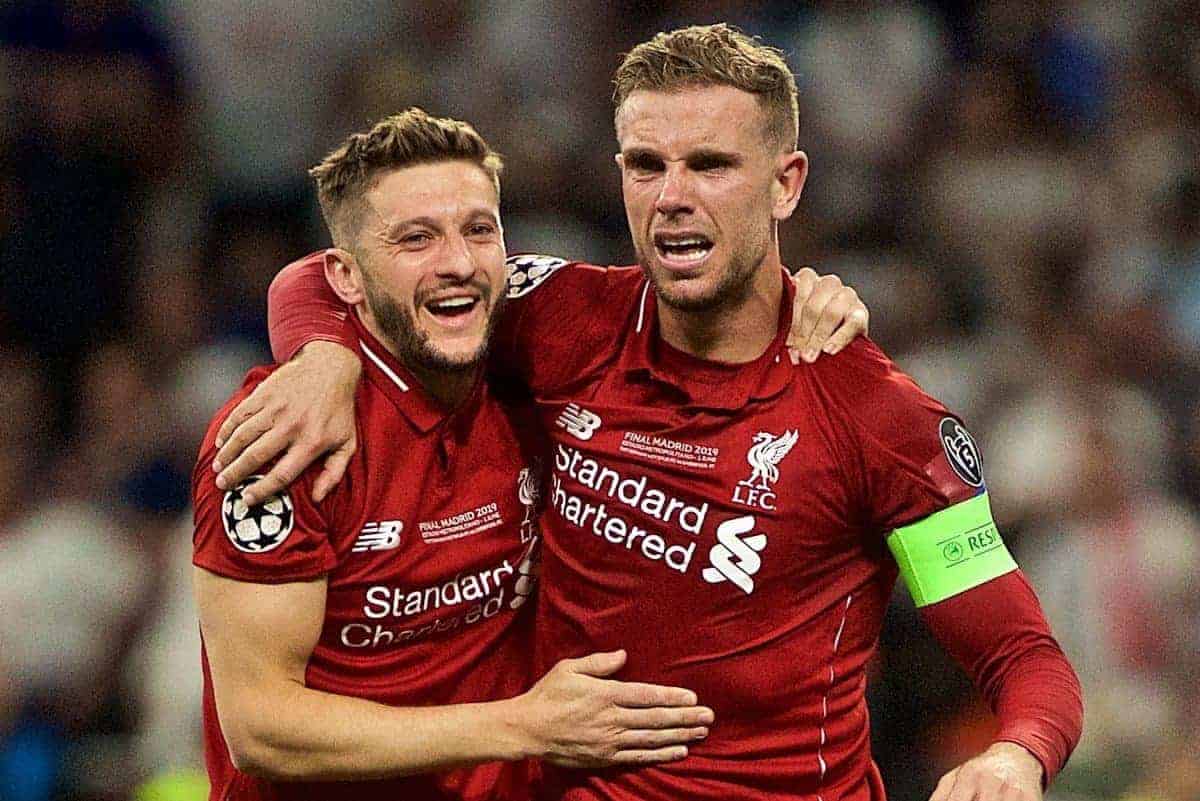 Jordan Henderson‘s leadership has continued to see praise showered upon him, with his intervention against the Super League admired by former teammate Adam Lallana.

The Liverpool captain has long been a leading light in uniting Premier League players, standing up for marginalised voices and asking for lasting change for societal issues.

Henderson has been front and centre over the last year, fighting to support those on the front line, for the rights of the LGBT+ community and anti-cyberbullying.

And in the face of a plan based on pure greed, Henderson called an ’emergency meeting’ with fellow top-flight captains to lead the player response before fronting Liverpool’s united stance across social media.

It saw him lauded throughout the footballing world and by ex-Red and close friend Lallana, who remains in no way surprised about the actions of Liverpool’s skipper.

“No, not at all. He’s proven on a countless number of occasions that he leads all the captains and the football club,” Lallana told Sky Sports when asked if his level of leadership came as a surprise.

“I think what’s [been] shown through all of this is that football together, we are stronger than anything or anyone. It’s great to see all the football clubs coming together as one.”

A show of unity that keeps sporting integrity at the heart of the game and results like Brighton‘s draw at Chelsea meaningful.

“We didn’t want the Super League to happen, we want games like [Chelsea vs. Brighton] to have meaning,” Lallana added.

“Chelsea are going for the Champions League, we’re fighting for our lives to stay in the division and you can see there are upsets, no matter how much each team spends.

“I thought on merit we deserved the points and that’s what can happen, and that’s the beauty of the Premier League and that’s why we love it so much.”

Lallana’s praise comes after countless others lauded Liverpool’s No. 14 for his role with captains of the Premier League and as he orchestrated the collective statement with his own teammates.

Henderson will never be one to claim the spotlight for the role he undertakes behind the scenes, but it’s safe to say our captain is a role model to be extremely proud of both on and off the field.