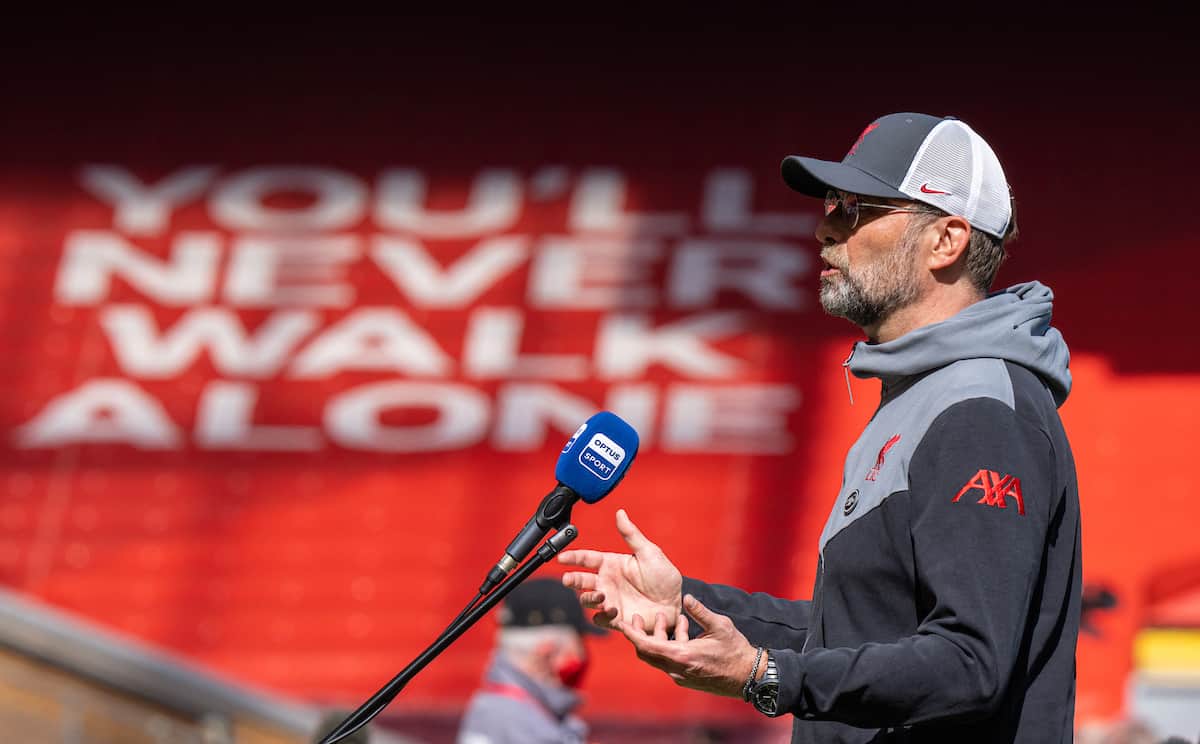 Liverpool manager Jurgen Klopp will return to training on Monday to work on a plan to solve their problems in front of goal but admits there is no “miracle formula” he can apply.

The Reds boss said he needed a period to be angry and frustrated after conceding an equaliser five minutes into added time which resulted in a 1-1 draw at home to Newcastle which damaged their top-four hopes.

And while the pattern of the game – numerous unconverted chances followed by an opponent’s sucker punch – mirrored many recent fixtures at Anfield, this result was perhaps the most galling as it saw them fall four points behind Chelsea with just five matches to play.

“We are very critical because we know the only people to blame for that is us,” said Klopp.

“But it’s not about a miracle formula where you say ‘OK, if you do that everything will be fine again’. No, you have to work for it and that is what we will do.

Klopp chose to field his four senior forwards together but of the quartet Diogo Jota, Roberto Firmino and, perhaps surprisingly considering his goal at Elland Road on Monday, Sadio Mane looked woefully short of confidence.

That is not an easy fix, especially in such a short space of time, and even the consistency of Mohamed Salah, who became the first Liverpool player to score 20 Premier League goals in three successive seasons, let him down in a one-on-one with goalkeeper Martin Dubravka when the Egyptian chose to shoot with his preferred left foot rather than go round his opponent onto his right.

“In training you can believe me that we do often enough finishing when we have time to train – and we have now time to train so it’s not about that,” added Klopp.

“In a positive phase you miss chances but it is just that nobody talks about them; you have 25 shots, 10 or 12 are on target, [but] most of the time only two or three of them are in and that means you miss a lot of chances in good games.

“But you don’t care because you are in a positive moment and you just know that’s how we should do it again and then we can score. 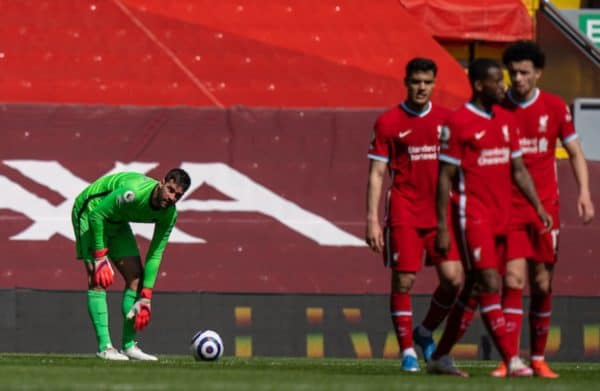 “That’s why these situations are different but the only way you can do it is you have to create chances. That’s what we will do.

“Each player in the world needs momentum, needs positive feedback. The long-term solutions are fine, but the short term we have to think about and work on.

“We have to become again a very tricky team to play against, an angry team in a positive football way.

“Now definitely we have nothing to lose any more. We play Man United away, they are in a good moment, it all (the top four) doesn’t look likely.”