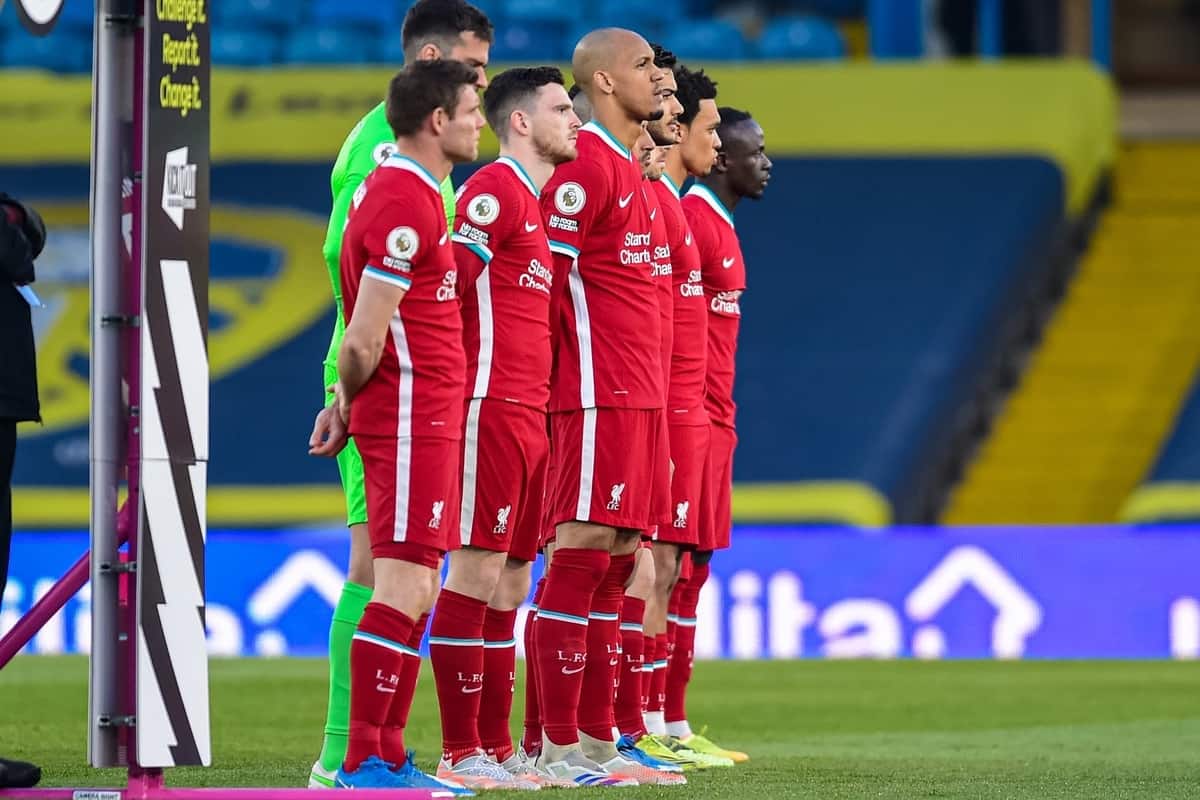 Liverpool were pegged back and punished for their inability to finish their chances against Leeds in a game where its significance in the bigger picture remains unclear.

When called upon he showed his class in both using his feet and making himself big, denying Patrick Bamford, Jack Harrison and Tyler Roberts all from close-range.

His hard work to shut out Leeds was let down by poor marking on the corner which he could do little about. A standout performance, nevertheless.

The goal-scoring contributions rolled on for Trent as his seventh assist of the season, and third involvement in as many league games, came to be thanks to his composure for Mane’s goal.

It was one of a number of examples of his ability to exploit the space behind Leeds‘ defensive line and their man-marking system. He was, however, at times on the back foot defensively.

Like his defensive partner, Kabak was eager to step forward and break the lines and once got as far as the opposition’s penalty box as he threw his weight around.

Front foot defending was matched with incisive passing but he let himself down by not attacking the corner as Llorente all too easily beat him to the ball.

After being dropped into defence in the last four games late on, the Brazilian returned to centre-back from the off for the first time since the start of March.

His outing was mixed with positive drives and a few misplaced passes, one of which was lucky not to be punished, but overall he proved as reliable as ever in his selfless role.

A key outlet and attacking threat, Robertson consistently looked to get in-behind Helder Costa but showed his fatigue late in the piece when a surging attack broke down due to a poor lay-off.

Was asked to do his fair share of clearance work, the joint-most of any Red alongside his full-back partner with seven, as Leeds started to ask more questions.

The quieter of the bunch, Wijnaldum patrolled in the deep-lying midfield role and some good deft touches were also mixed with poor decision making, here’s looking at his glorious chance to feed Mane in for his second in the opening 45.

The fact he only had 24 touches, the least of any member of the starting XI, summarised the kind of night he had. 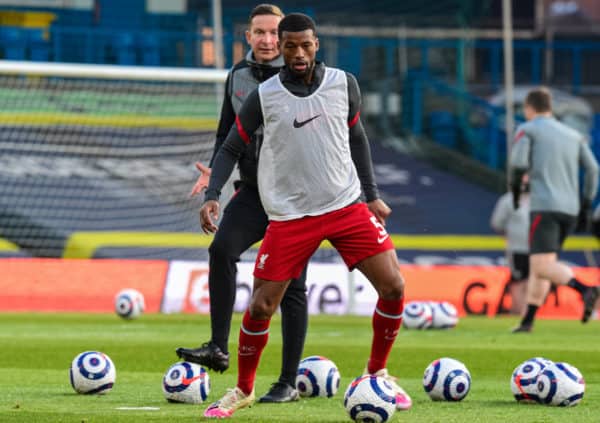 Overlooked from the start in the last three, the No. 6, like his teammates, brought the pressure on and off the ball and was key reason why Leeds were unable to find their rhythm in the first half.

A forward runner and defensively accountable, with his trademark slide tackles included, Thiago had a performance that certainly looked to prove a point.

Against his former club whom he debuted for as a 16-year-old, Milner was up for the fight and provided an energetic presence in closing down and offering decoy runs.

He’s by no means a flashy player, but he is a vocal one and it’s not by chance that he finds himself in the right place at the right time. Tiredness did creep in at the end, however.

The duck was broken, at last. After a nine-game run in the league without a goal, Mane’s name was finally etched on the scoresheet thanks to a tidy finish into an empty net.

It was his only shot on goal but he was eager to track back and do his defensive duties, but maybe a change in studs were required after slipping one too many times.

Lively predominantly on the left-wing of an interchanging forward line, Jota’s movement caused problems for the hosts and his diagonal ball to pick out Trent was superb in both its vision and execution.

Mazy runs through defenders were matched by positive passes, with the clear negative being that he could have done more with his chances, especially on set-pieces which Leeds have notoriously shown a soft underbelly for.

Akin to a handful of his teammates, Firmino found all the right spaces and angles but the final ball didn’t always come off – with his shots also directed straight at Illan Meslier.

Saying that, however, Firmino was constantly in motion and acted as both an outlet and eager presser from the front having accumulated the most tackles out of all Reds. 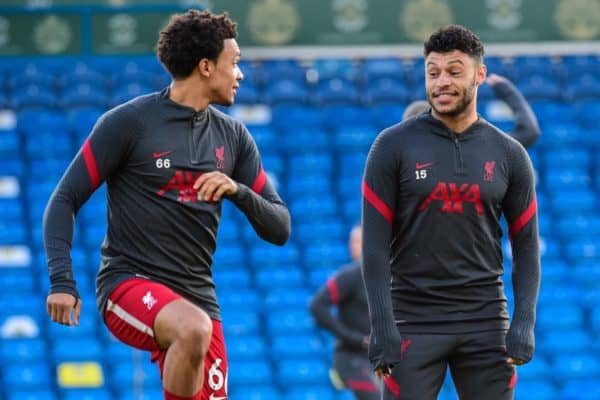 Had a glorious chance to double the lead before Leeds scored, but was still missing his scoring boots.

For a player who hasn’t had any games to find rhythm, 10 minutes weren’t enough and a late scrappy shot proved that.

Thrown under the bus ahead of the game by money-grabbing owners, Klopp was tasked with seeing his side through a game that may, or may not, mean anything come season’s end.

But while frustration is rightly at the feet of the club’s hierarchy, Klopp and his team had a game to win and were close to the finish line only to concede a soft goal from a set-piece.

A tough game to make changes in but an out of form Alex Oxlade-Chamberlain may not have been the best one considering the narrow margin, but will it even mean anything is the question on everyone’s lips.

A lack of clinical finishing was again a source of frustration and Alisson did well to keep Liverpool in the game, plenty to improve but again, does it hold any great significance?

That the actions of the owners will take precedence after the game says everything, but the team and the manager remain worthy of support.