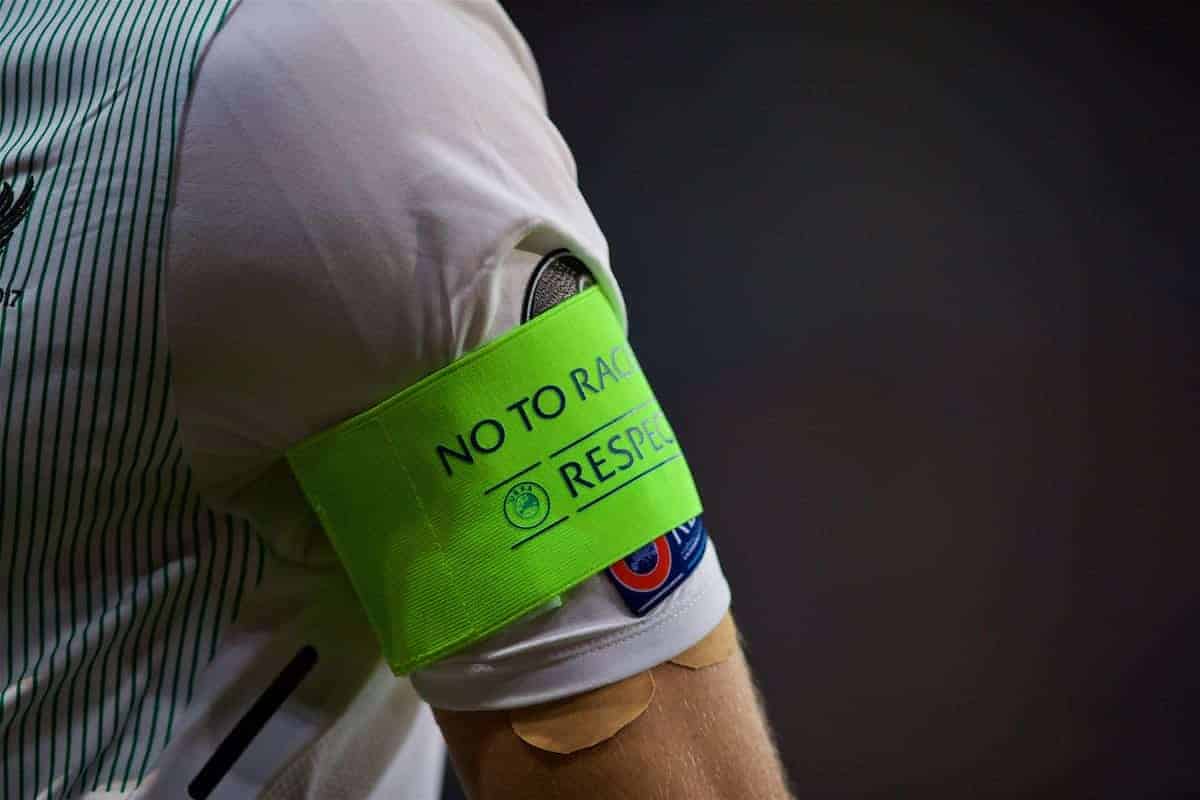 Both Trent Alexander-Arnold and Naby Keita were targeted with abhorrent abuse across social media following the loss, with monkey emojis directed their way.

The disgusting actions are the latest in a string of sickening online abuse within the football world and wider society, and it comes after English football bodies demanded action from Facebook and Twitter.

A statement from Liverpool read: “Once again we are sadly discussing abhorrent racial abuse the morning after a football game. It is utterly unacceptable and it has to stop.

“LFC condemns all forms of discrimination and we continue to work with our inclusion partners through our Red Together initiative to campaign against it.

‘As a club, we will offer our players any and all support that they may require. We will also work with the relevant authorities to identify and, if possible, prosecute those responsible.

“We know that this will not be enough until the strongest possible preventative measures are taken by social media platforms and the regulatory bodies which govern them.

“The current situation cannot be allowed to continue and it is incumbent on all of us to ensure that it does not.”

Sky Sports have reported that Facebook, who own Instagram where the abuse took place, are “investigating the issue.”

Jurgen Klopp rules Jordan Henderson out for Liverpool, but “a chance” for Euros

Liverpool youngster reveals hope for another loan move this summer