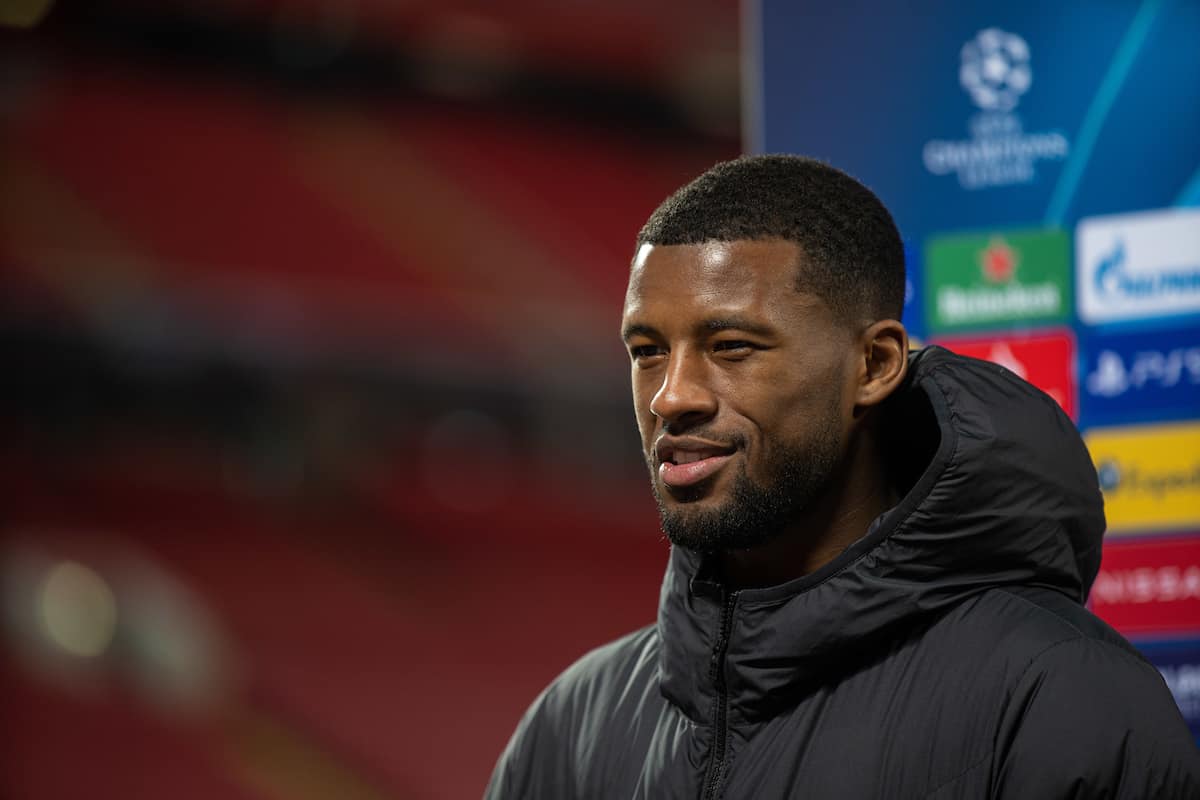 Liverpool’s “biggest regret” was their undoing as they failed to overturn a 3-1 deficit against Real Madrid in the Champions League, making a top-four finish essential.

After a meek showing in Madrid in the first leg, the Reds came out of the traps looking to trouble Real early at Anfield, but a lack of composure in front of goal saw them fail to capitalise.

Drawing 0-0 in the second leg saw Liverpool bow out of the Champions League at the quarter-final stage, and currently sitting sixth in the Premier League there is still no guarantee they will be in next season’s competition.

But for Gini Wijnaldum, the Reds can take hope from the manner of their all-round performance on Wednesday night, as they look to take maximum points from their remaining seven games.

“Today everything was there: a good performance and the way we play on the pitch, position play, counter-press, creating chances,” he told LFCTV. 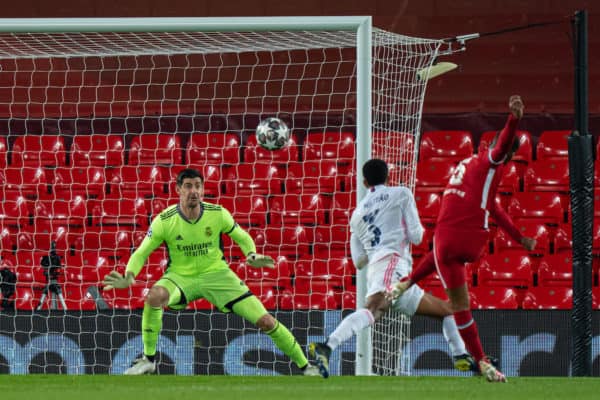 “But one thing was not there, and that was the goals.

“[The performance] will give us hope. That’s what we have to do, stay confident and just work hard to try to bring this season to a good end.”

He added: “The biggest regret that we have right now [is] that we gave away the first leg. The goals we gave away, it made it even harder to do the job today.

“That’s the Champions League, you play against good teams and when you play the way we were playing there you get punished, and that’s what happened to us.”

It should be another important lesson for Liverpool as they made life too difficult for themselves with a weak showing in Madrid, with James Milner taking a similar view to Wijnaldum as he assessed the result on Instagram:

The Liverpool squad will be heartened with the way in which they were able to take the fight to Real, but as Milner stressed, “the result is always king.”

That is something they can take into the upcoming meetings with Leeds, Newcastle, Man United, Southampton, West Brom, Burnley and Crystal Palace between now and the end of May.

It will not be enough to simply perform well and still struggle to get the results, and sharper finishing will be required as they look to make it 21 points from a possible 21.

One boost they can take, perhaps, is that supporters are likely to be able to attend the final two games of the season, with Wijnaldum emphasising the impact a lack of fans has had on Liverpool’s campaign.

“I really believe that if we had fans this season that we’d probably have dealt better with situations we are right in, because they give the team and extra boost and they help the team go forward in difficult situations.

“Everyone is looking forward to having the fans back in, because that will help us a lot.”