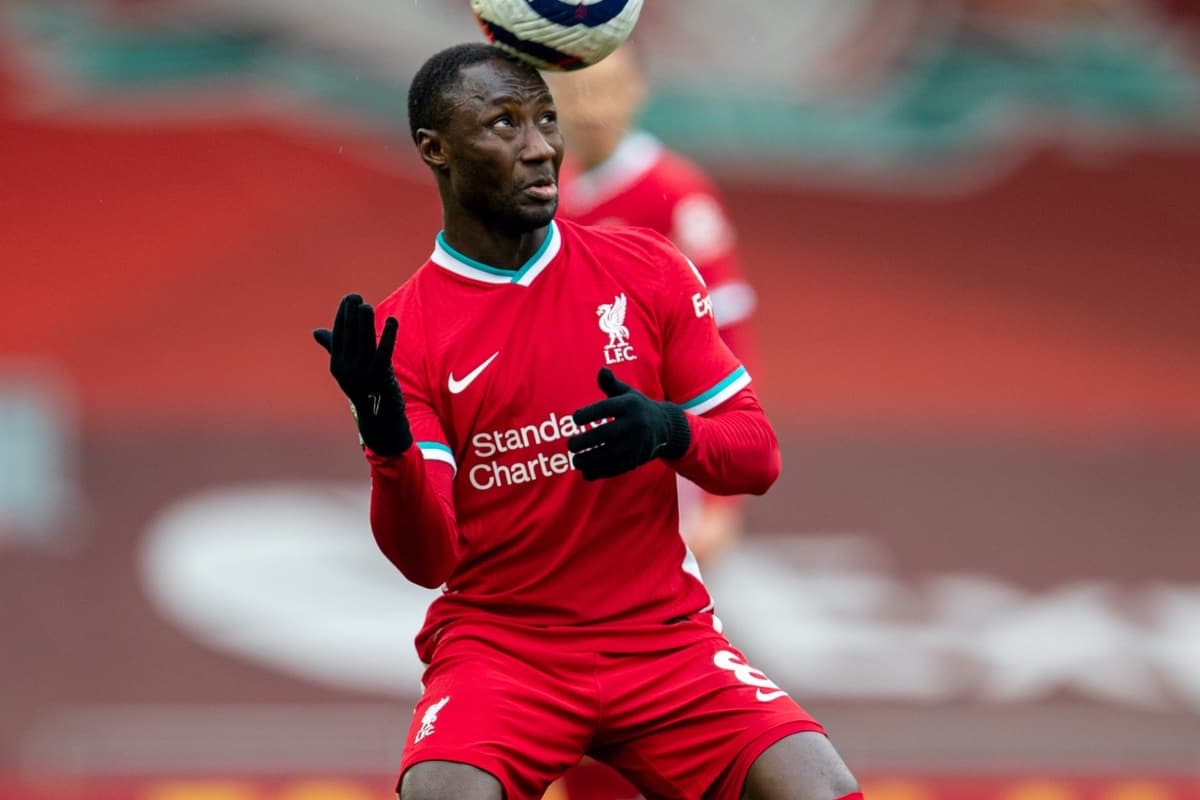 Jurgen Klopp could be facing a big decision to make over the future of Naby Keita this summer, but the Liverpool midfielder “wants to stay” and fight for his place.

Keita is nearing the end of his third season with the Reds, having swapped RB Leipzig for Liverpool in 2018 in a deal worth £52.75 million.

That fee still stands as the third-highest outlay in the club’s history, behind only the fees paid to sign Virgil van Dijk (£75m) and Alisson (£65m), but unlike those, he is far from a first-choice starter.

This season, Keita has made just 16 appearances, with only nine of those being starts, bringing his tally to 76 outings since joining Liverpool, of which 47 have been starts.

His injury problems have denied him any momentum, and a disastrous call to start the Guinean over Thiago in the first leg of the Champions League quarter-final against Real Madrid looks to have seen him drop further down the pecking order.

Keita has remained an unused substitute in the four games since, with Klopp opting for Thiago, James Milner, Xherdan Shaqiri, Alex Oxlade-Chamberlain and Curtis Jones off the bench instead.

And with five games remaining of the current campaign, and Keita set to enter the final two years of his contract this summer, Klopp could decide to cut his losses.

Liverpool’s hierarchy will likely push for a call over Keita’s future as, unless he is given a new deal, there will be no better time to capitalise on his value with a sale than now.

Allowing the midfielder to enter the final 12 months of his existing terms would run the risk of then losing him on a free transfer, which looks set to be the case with Gini Wijnaldum at the end of this season.

According to The Athletic‘s James Pearce, Keita “wants to stay beyond this summer and continue to fight for a place in the team,” but the “clock is ticking.”

It stands to reason that Keita would wish to remain on Merseyside, particularly given the departure of Wijnaldum could open up a spot in the side, but it is now questionable whether he could ever make the impact desired.

Given he is already three seasons into his time with Liverpool and is yet to convincingly tie down a first-choice role is a big disappointment – and a major red flag.

There were rumours of interest from Leicester earlier this month, and it could be that a switch to the King Power allows Keita to revive his fortunes, but any move would likely see the Reds take a big loss on their £52.75 million spend.

He is not the only player this position, with 10 senior players entering the final two years of their deals in July, including Van Dijk, Mohamed Salah, Sadio Mane, Fabinho, Jordan Henderson and Roberto Firmino.

While those six are safe and in contention for extended contracts, for Keita, Oxlade-Chamberlain, Shaqiri and perhaps Nat Phillips, it is likely to be a decisive summer.