Zinedine Zidane is expecting another “highly demanding” outing when his side go head to head with Liverpool on Wednesday evening, but there will be no protecting the lead from the Spaniards.

Real Madrid arrive at Anfield with the advantage firmly in their favour after their 3-1 victory in the first leg of the quarter-final tie, leaving Liverpool with everything to do to turn it around.

The two clubs both head into the clash after confidence-boosting victories, the Reds over Aston Villa and Los Blancos with a triumph over rivals Barcelona.

Their 2-1 win, however, would see Zidane concede “we are physically at the limit,” as injuries and knocks continued to mount up following another taxing clash.

But the Frenchman is not using it as an excuse to not leave it all out there on the Anfield turf, with the Real manager insisting his side are only going “out to win,” not protect their two-goal buffer.

“We are not going to manage our effort levels,” Zidane told reporters.

“Real Madrid always try to win the game. We are ready for another highly demanding match. The emotional and the physical factors go together. 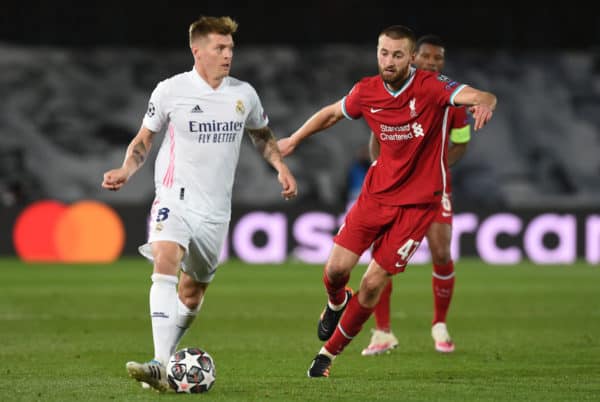 “The most important thing is that the team is prepared to compete. We are going to go out to win.

“The team always comes together in difficulties and that shows you the character of the team.

“We’ve spoken about this with the team, we made a huge effort in the first leg and against Barcelona but we’re used to it.”

The Spanish outfit will continue to be without Raphael Varane, Eden Hazard, Sergio Ramos and Dani Carvajal for the second leg meeting, while Lucas Vazquez was added to the long-term absence list after sustaining a knee injury in El Clasico.

But despite further setbacks, Zidane has encouraged his side to continue the fight, starting at Anfield where both teams are vying for a spot in the semi-final. 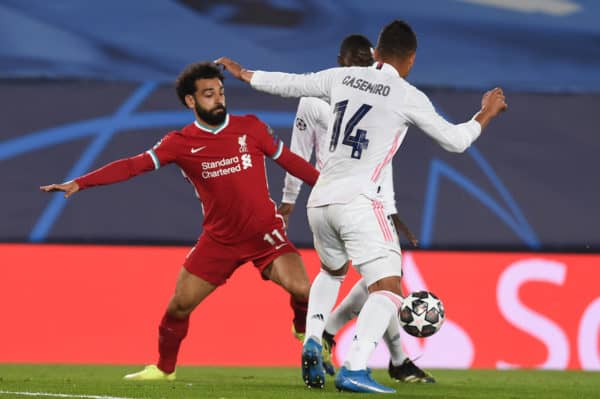 “A lot has happened to us and we miss many players,” Zidane added. “I would have liked to have all of them, but we will prepare a good game with those we have.

“We know that [this season] is complicated and that it is a very strange season. What we have to do is recover well when we can. We all have [congested] calendars.

“We are going to fight; we are alive in both competitions and we will try until the end.”