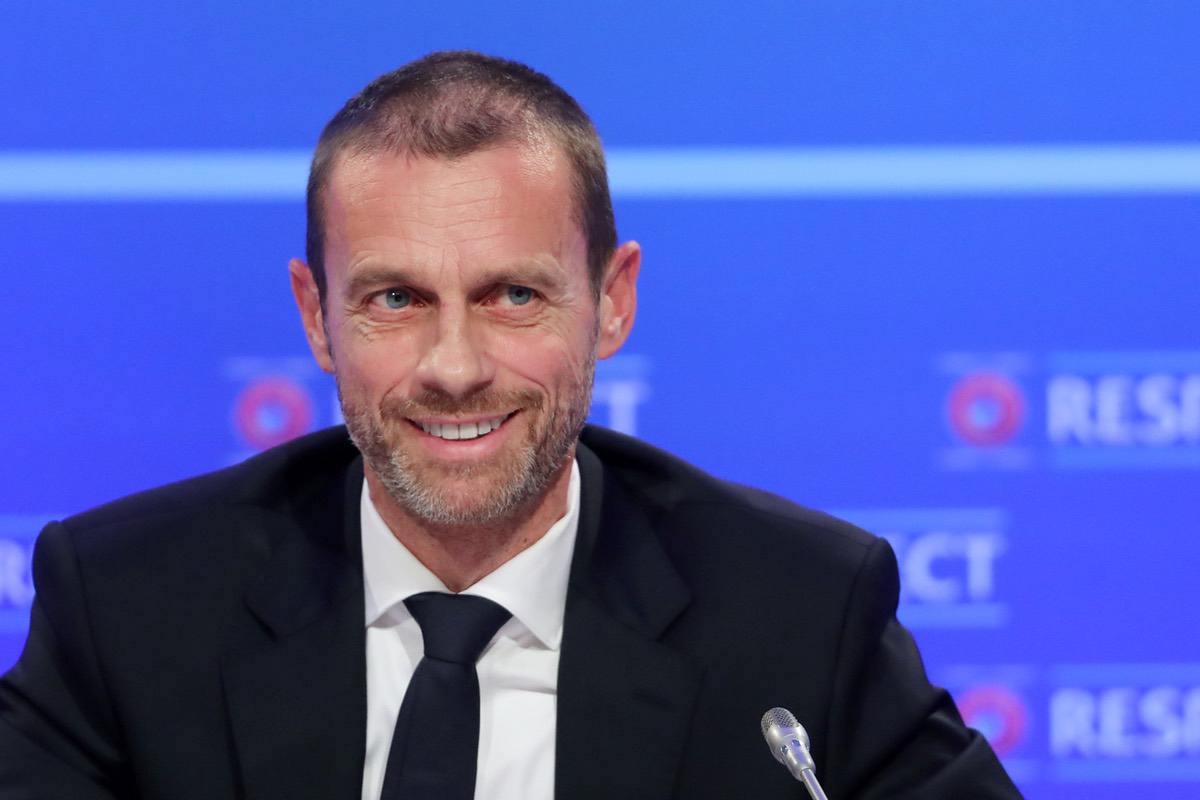 UEFA president Aleksander Ceferin has insisted the 12 clubs who attempted to set up the breakaway European Super League will face sanctions for their actions.

They were joined by six other founding clubs: LaLiga’s Real Madrid, Barcelona and Atletico Madrid, and Serie A’s Juventus, AC Milan and Inter.

Several board members from the 12 clubs stepped down from their roles at the European Club Association (ECA), governed by UEFA, as the controversial plans started to make traction.

The competition drew widespread condemnation including from Prime Minister Boris Johnson and the Duke of Cambridge, and resulted in fan protests at Stamford Bridge before Chelsea’s 0-0 draw with Brighton on Tuesday before the idea started to unravel on the same evening.

As Chelsea fans gathered at the ground, reports circled the Blues were considering withdrawing from the competition before Premier League leaders Manchester City officially pulled out on Tuesday evening, shortly followed by the other English clubs.

However, Ceferin, who said he was “completely impressed” by the supporters’ reaction to the concept, admitted sanctions for the six English clubs would be the most lenient for leaving first, with Juve, Barca and Real set to be given strong punishment.

“Let’s see. Everyone has to take consequences for what they did and we cannot pretend nothing happened,” Ceferin told the Mail on Sunday.

“You cannot do something like that and just say ‘I’ve been punished because everybody hates me’.

“They don’t have problems because of anyone else but themselves. It’s not OK what they did and we will see in next few days what we have to do.

“But for me it’s a clear difference between the English clubs and the other six. They pulled out first, they admitted they made a mistake. You have to have some greatness to say ‘I was wrong’.

“For me there are three groups of this 12 – the English six, who went out first, then the other three (Atletico Madrid, AC Milan, Inter) after them and then the ones who feel that Earth is flat and they think the Super League still exists.

“And there is a big difference between those. But everyone will be held responsible. In what way, we will see.

‘I don’t want to say disciplinary process but it has to be clear that everyone has to be held responsible in a different way. Is it disciplinary? Is it the decision of the executive committee? We will see. It’s too early to say.”