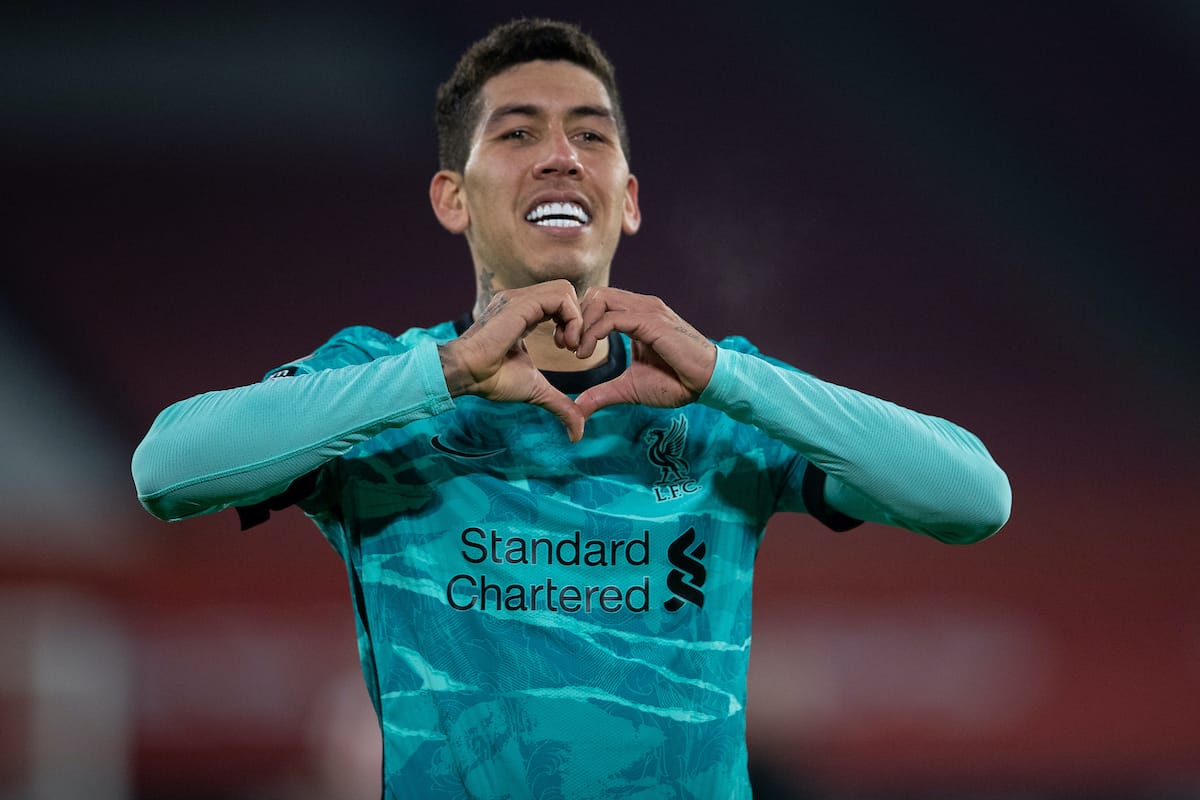 Jurgen Klopp has opted for one change for tonight’s visit to Old Trafford, where three points are a must to keep top-four hopes alive.

Chelsea dropping points has left the door ajar for Liverpool in the race for the top four, but only a full complement of points is to be enough.

And the final run-in starts at Old Trafford tonight, with three points a must for Klopp’s side if they are to make a charge for the Champions League next season.

The XI chosen to get the job done sees Alisson remain between the sticks with Trent Alexander-Arnold, Nat Phillips, Rhys Williams and Andy Robertson making up the defence.

In midfield, Fabinho is retained in his favoured No. 6 role and is flanked by Gini Wijnaldum and Thiago.

To lead the line are Mohamed Salah, Diogo Jota and Roberto Firmino, where the No. 11, in his 200th Liverpool appearance, needs only one more goal to hit the 30 mark in all competitions this season.

On the bench, Klopp has the likes of Sadio Mane, Curtis Jones and Xherdan Shaqiri to call upon, while Divock Origi is in a matchday squad for the first time since March. 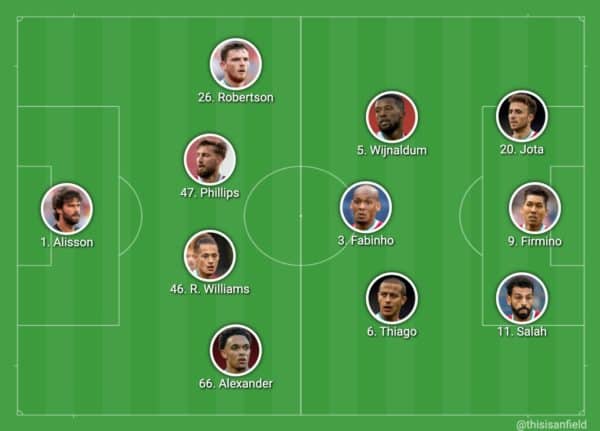