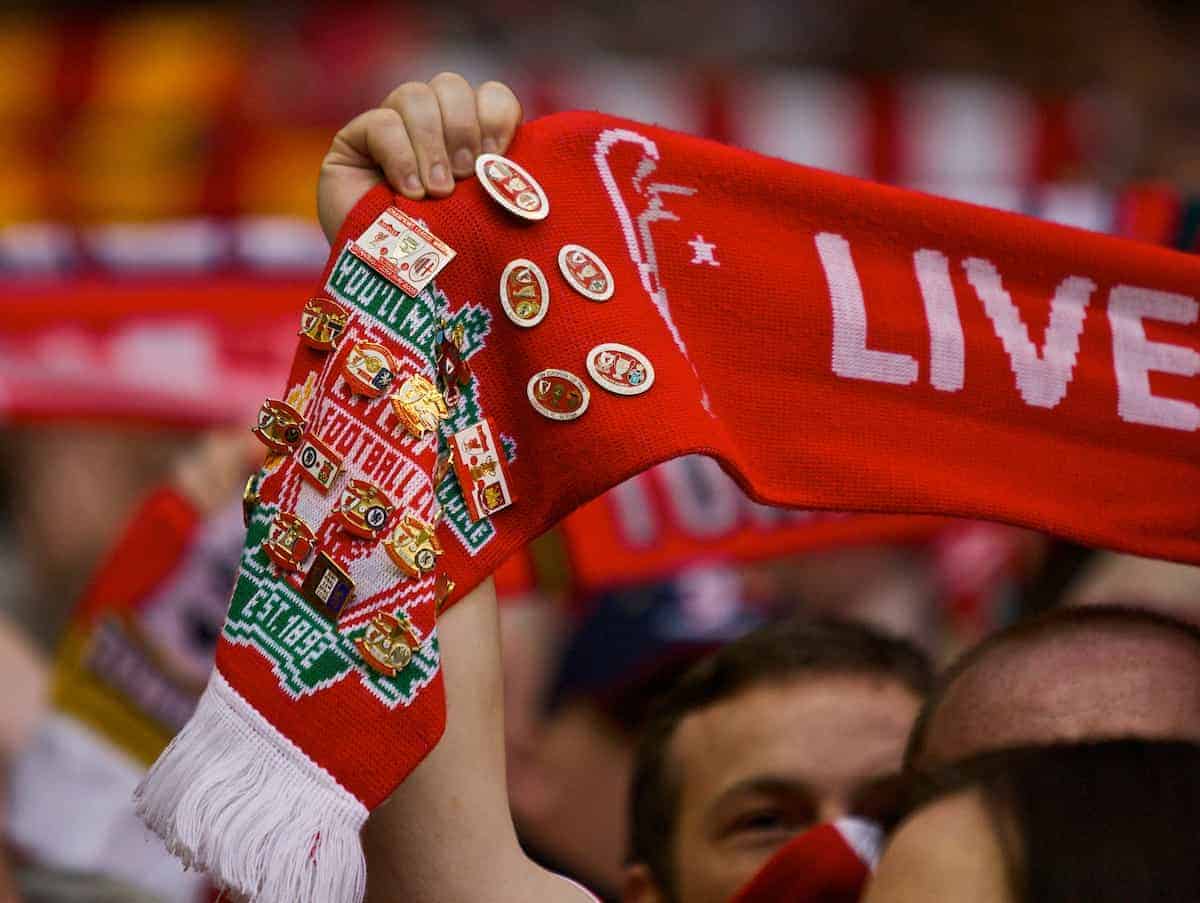 After Sunday’s protests in Manchester, Liverpool season ticket holder and author, Jeff Goulding, explains why he stands in solidarity with United supporters – because the future of our game is far more important than tribalism.

During fierce protests against the Manchester United ownership at Old Trafford, Gary Neville delivered a lecture to Liverpool supporters about the need to get angry, protest and get rid of their club’s owners. It was stirring stuff, but he may have done better to have a look at the history books.

Liverpool supporters have now racked up decades of experience in organising and fighting the State, sections of the media and for better governance of football.

I stand in solidarity with United supporters because the future of our game is far more important than tribalism. Theirs is a just cause, even if some of them went too far. However, comments made by Neville, a man whose entire career is predicated on the vast wealth accumulated as a result of the monopolisation of our game, smack of hypocrisy and actually do nobody any favours. If Gary is now genuinely wedded to the cause of socialising and democratising football then there are other ways he can help.

As welcome as his recent conversation is, he could try listening to supporters’ groups who’ve been in the trenches for far longer than he has. They need no sermons from him.

More than 10 years ago, Liverpool fans drove a couple of American huxters, Tom Hicks and George Gillett, out of Liverpool with an organised campaign that targetted them, their financiers and mobilised an army of supporters across the globe who declared the pair were not welcome at Anfield. 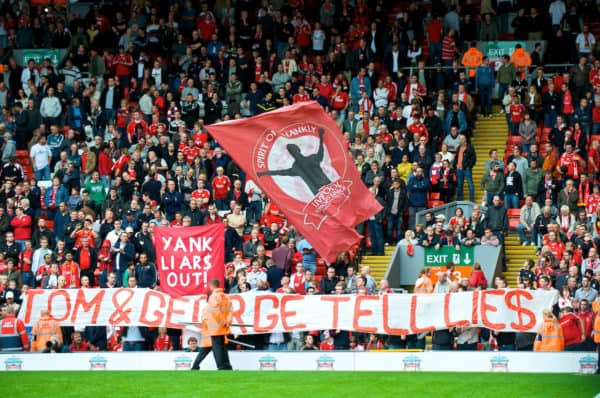 So effective was the movement that Hicks would later declare he had been undone by a ‘bunch of internet terrorists,’ and John W Henry – presumably rubbing his hands with glee at the prospect of purchasing a sleeping giant for a frickin steel – confessed that were it not for Spirit of Shankly, the deal would never have happened.

It is often forgotten by many, but this was genuinely a moment in the history of supporter consciousness and organisation. It signalled exactly what could be achieved through concerted organised mass action.

Those of us who lived through that campaign will recall how the supporters union were mocked by many, including some Liverpool supporters it must be said. They were of course subjected to the usual ‘it’ll never work’ mantra, often delivered with supreme confidence and with scarcely anything to back it up. It seemed for some people there was almost nothing Spirit of Shankly could do right.

Almost anything the union did was used by a minority as a proverbial stick with which to beat them. They were too scruffy, their grammar was poor, they wore trainers and jeans instead of suits and ties, and who did they think they were claiming to represent us, were common cries of the permanently pessimistic. 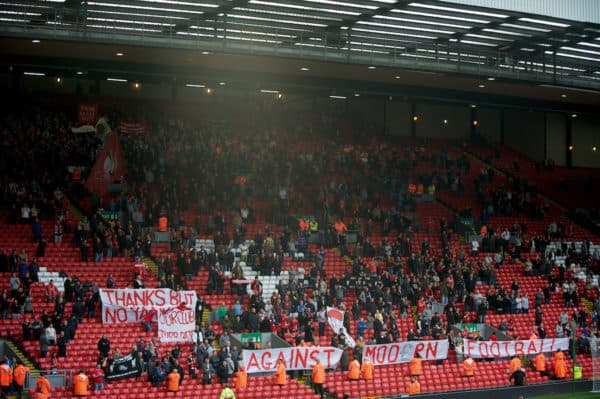 Spirit of Shankly advocated a variety of tactics aimed at dethroning the owners of the club, including direct action where necessary – ask Tom Hicks Jr, whose ill-fated trip to the Sandon Pub left him with a hefty dry cleaning and car repair bill would attest. And, of course, events like this prompted complaints that they were detracting from the cause and handing ammunition to the enemy.

If Gary Neville is studying the history books, he will now be well aware that the campaign was utterly successful. It was a rout, and Hicks and Gillett were sent riding off into the sunset and facing years of legal wranglings and hefty lawyers bills for their troubles. In short, Liverpool supporters know how to campaign against and even remove unwanted owners. But, is that enough?

‘Solidarity and unity, not divide and rule or attempts to claim the moral high ground’

It is self evidently the case that FSG have been better owners than Hicks and Gillett. However, that’s a very, very low bar. Despite the good work they have done, they have made some pretty terrible mistakes. The failed European Super League is just the latest in a line of blunders that betray a staggering lack of insight into the culture and ethos of the club they own and football in general. And there lies the rub.

Gary Neville and others seem focused on getting the owners out, and I can see why. The Glazers have loaded United with debt and are now like vampires slowly bleeding their prey dry.

But in truth they should never have been allowed to get their hands on one of the biggest clubs in football. What ‘fit and proper person’ test did they pass? The same could be said of many owners in the Premier League. However, simply campaigning to get rid of them and forcing the clubs back on to the market in the hope that a billionaire, oligarch or sovereign state with a conscience shows up is a fallacy.

So let’s have no more sermonising from those in the media, no matter how well-intentioned. The campaign may take different routes at different clubs but we’re all agreed on the endpoint. Yes, it’s about ridding the game of unscrupulous owners, but ultimately it’s about returning a say in football to its rightful owners, the supporters and their communities. That requires change more fundamental than putting United or Liverpool up for sale. 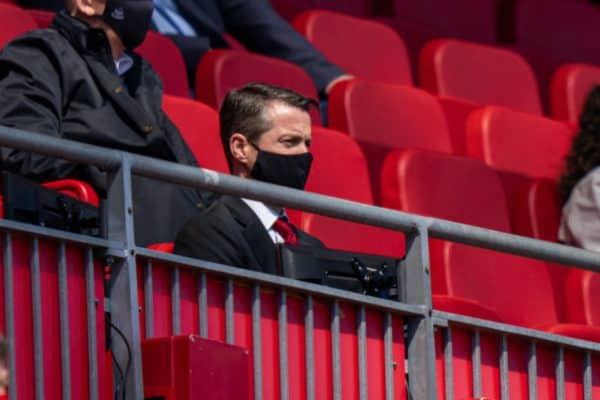 This week Spirit of Shankly will meet with chief executive Billy Hogan and other representatives of Liverpool Football Club to discuss their demands for a formal recognition agreement and genuine representation at the board level. In a letter to members the Chair of the supporters’ union, Joe Blott, wrote:

‘Following the result of our survey and mandate from members to engage with LFC on calling for a formal recognition agreement and Spirit of Shankly representation at board level, we have a meeting with Chief Executive Billy Hogan and club representatives on Tuesday 4 May 2021.

‘It is an encouraging first step as the club attempt to restore fans’ faith and need for positive change.’

‘We are also pleased to confirm, after meeting earlier this week, that Kop Outs, Liverpool Disabled Supporters Association, Merseyside branch of the Official Liverpool FC Supporters Club and Spion Kop 1906 are now affiliated to SOS. We are delighted to have the backing of their members and supporters, and we will represent their views in any upcoming discussions’.

It remains to be seen whether their demands are heeded, but they go into those talks strengthened immeasurably by the growing number of fan groups who are affiliating to the union, and they have no doubt also been boosted by events at Old Trafford. 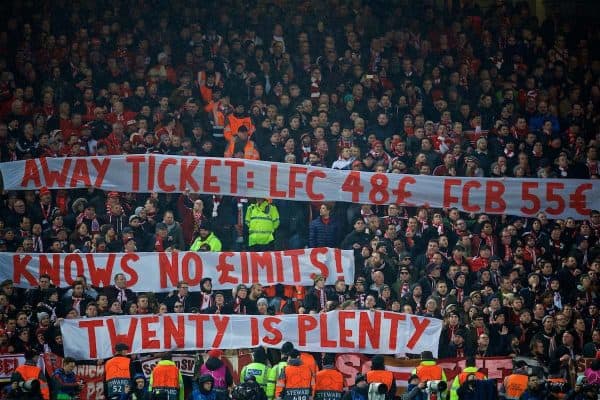 If football wants a more peaceful transition to better governance, then it should be praying that those talks go well. If they do, they could act as a beacon for the rest of football.

What supporters need now is solidarity and unity, not divide and rule or attempts to claim the moral high ground.

There are those who are rightly disgusted by acts of violence and vandalism carried out by some supporters at Old Trafford. That’s fair, and while I’m happy to condemn those who went too far, I’m old enough to know that they don’t represent the majority whose cause is just. So, I’m happy to condemn the actions of a minority and move on. To waste time focussing on the few, only lets the people ruining our game off the hook.

Protest should be inconvenient or it is pointless. That this one has led to the postponement of one of the biggest games in the football calendar has drawn attention to the fight.

Hopefully, it has focussed the minds of those running the game as they approach an imminent government review of football. And, in the case of Liverpool FC’s hierarchy, the stakes could surely be no higher as they enter pivotal talks with their supporters.

Let’s hope the outcome of these talks shows football the right way forward. If that happens, it will be an achievement fought for by supporters of all colours, whose collective action forced the game to listen, and not those dispensing ‘wisdom’ from the sidelines.

You can join the Liverpool supporters union, Spirit of Shankly, here.