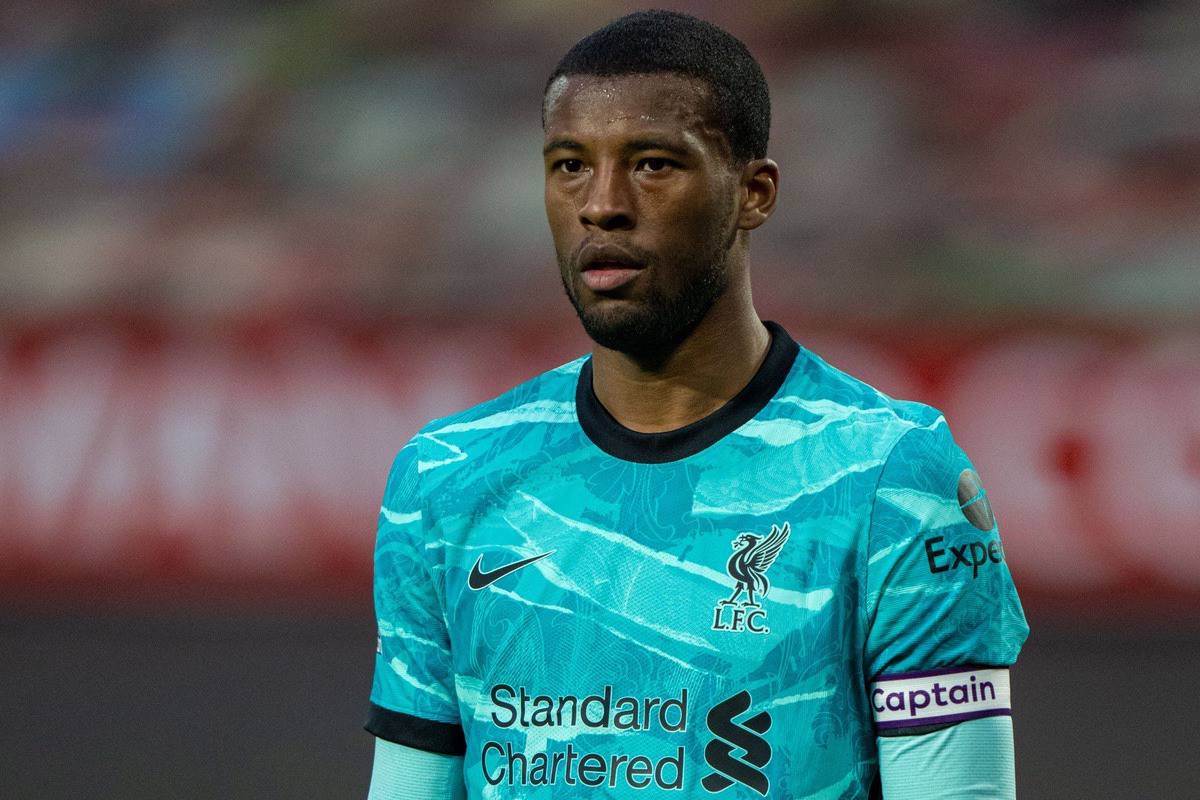 Gini Wijnaldum looks set to don the Liverpool shirt for the final time on Sunday thanks to his free-agent status, and his next destination could be Bayern Munich.

With no progress in talks with the Dutchman, it’s been clear for some time that Wijnaldum is to bid farewell to Anfield at the end of the season.

Despite remaining a key cog in Jurgen Klopp‘s machine, playing in 50 of Liverpool’s 52 games this season and amassing the third-most minutes in the squad, he is to seek pastures new.

Wijnaldum has been linked with the likes of Barcelona, PSG, Inter Milan and most recently Bayern Munich, which has been subject to contradicting reports.

The No. 5’s agent, Humphry Nijman, invited offers from the Bundesliga champions in an interview with Sport1, with the German press then quashing any ties.

??News #Wijnaldum: After his agent had done some self-promotion in #MeineBayernWoche ? 2 weeks ago, #FCBayern got in touch with his management. Talks should have been positive so far. A transfer seems to be possible because he's a free agent. GW wants to move to Munich. @SPORT1

“FC Bayern is a great club. If you are interested in him, please feel free to speak to us,” he said.

And now Sport1 reporter Florian Plettenberg, a reliable Bayern source, has claimed that they have since got in touch with Wijnaldum’s representatives and “talks should have been positive so far.”

It is stated that the 30-year-old “wants to move to Munich” and a “transfer seems to be possible because he’s a free agent.”

With Julian Nagelsmann coming into the top job, a number of new faces are expected at the Allianz Arena and Bayern have a long history with free transfers.

An inexpensive option who you are to get an abundance of minutes from appears a safe move, but it will be disappointing to see a reliable figure leave Liverpool after five years.