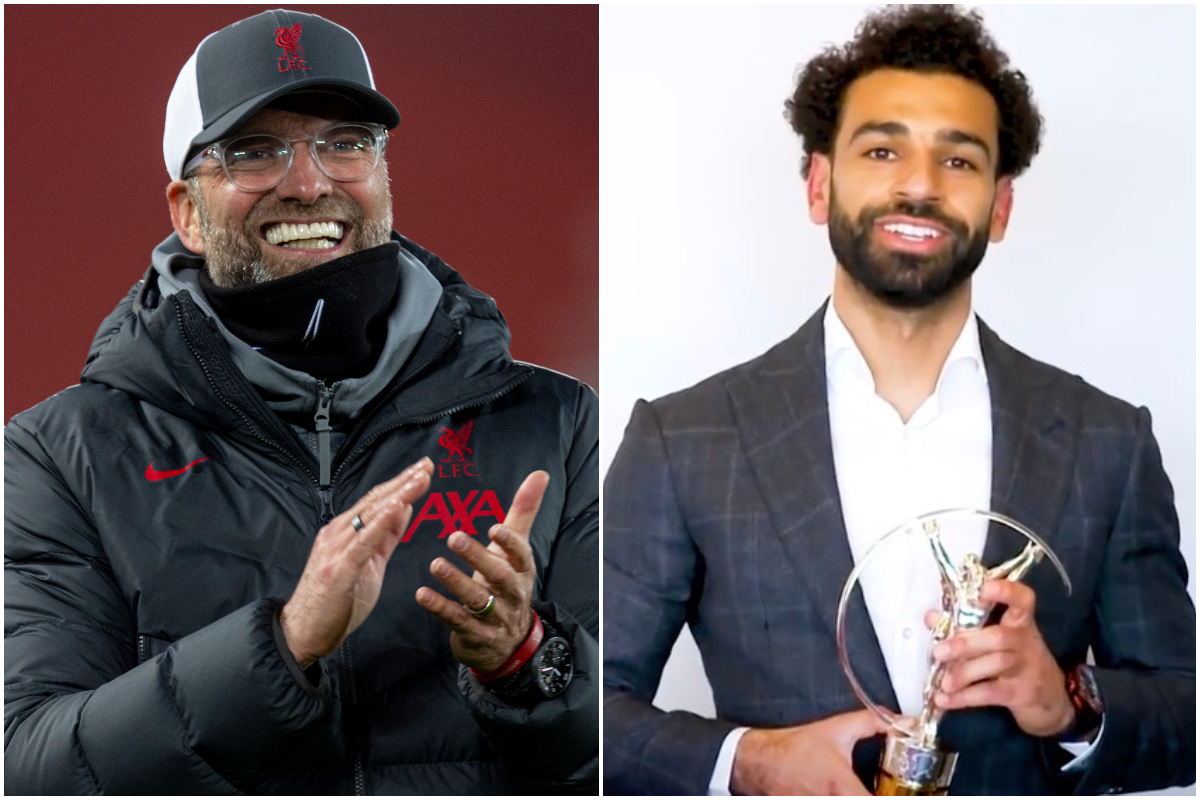 Mo Salah has picked up yet another award, but with this one for his philanthropy, Jurgen Klopp has hailed his No. 11 as “an even better person than he is a player.”

During his time at Liverpool, Salah has been awarded countless individual honours, to complement his achievements with the Reds on the pitch.

Last year saw him win the Premier League, with 19 goals and 10 assists in 34 games in the top flight firing Klopp’s side to their first domestic title – and the club’s first since 1990.

Salah is undoubtedly one of the most influential players in the history of Liverpool, currently sitting 12th in the all-time goalscoring charts, but his work off the pitch is worthy of plaudits too.

It is his philanthropic efforts, including funding a new school, hospital and ambulance unit in his hometown of Nagrig, that have earned him the Laureus Sporting Inspiration award.

? "If I tell you that he's an even better person than he is a player, then you might be able to imagine what kind of guy he is. Mo to you, congratulations."@LFC manager Jurgen Klopp congratulates @MoSalah on his Laureus 2021 Sporting Inspiration Award ? #Laureus21 pic.twitter.com/UeWBneWggT

The award is given to those in sport who use their platform for the benefit of society, with the previous winners being the Refugee Olympic Team (2016) and NFL player J. J. Watt (2017).

Klopp said: “Everybody knows, when you think about Mo Salah, you think first and foremost about an outstanding football player, a great goalscorer, a super technician and a good-looking guy probably!

“What you don’t see and what you maybe don’t know, is what kind of good person he is.

“If I tell you he’s an even better person than he is a player, then you might be able to imagine what kind of guy he is.

“Mo, to you, well-deserved, congratulations, it’s a big one, another big one for you.”

?"I'm very proud to have been chosen by the Laureus Academy for this award. 2020 was a very difficult year. We need to learn from this experience, support one another and do our best to look ahead."

Salah used his acceptance speech to acknowledge the difficulties faced over the past year, bringing it back to sport to pay tribute to supporters, as “sports are nothing without fans.”

“Many times, football players win awards and automatically thank their fans,” he said.

“This time I will dedicate this award, not only to my fans, but to all the other sports fans around the world.

“This past year has been a very harsh reminder of the fact sports, including football, are nothing without fans.

“Everyone in the world of sport can be replaced, fans cannot.”