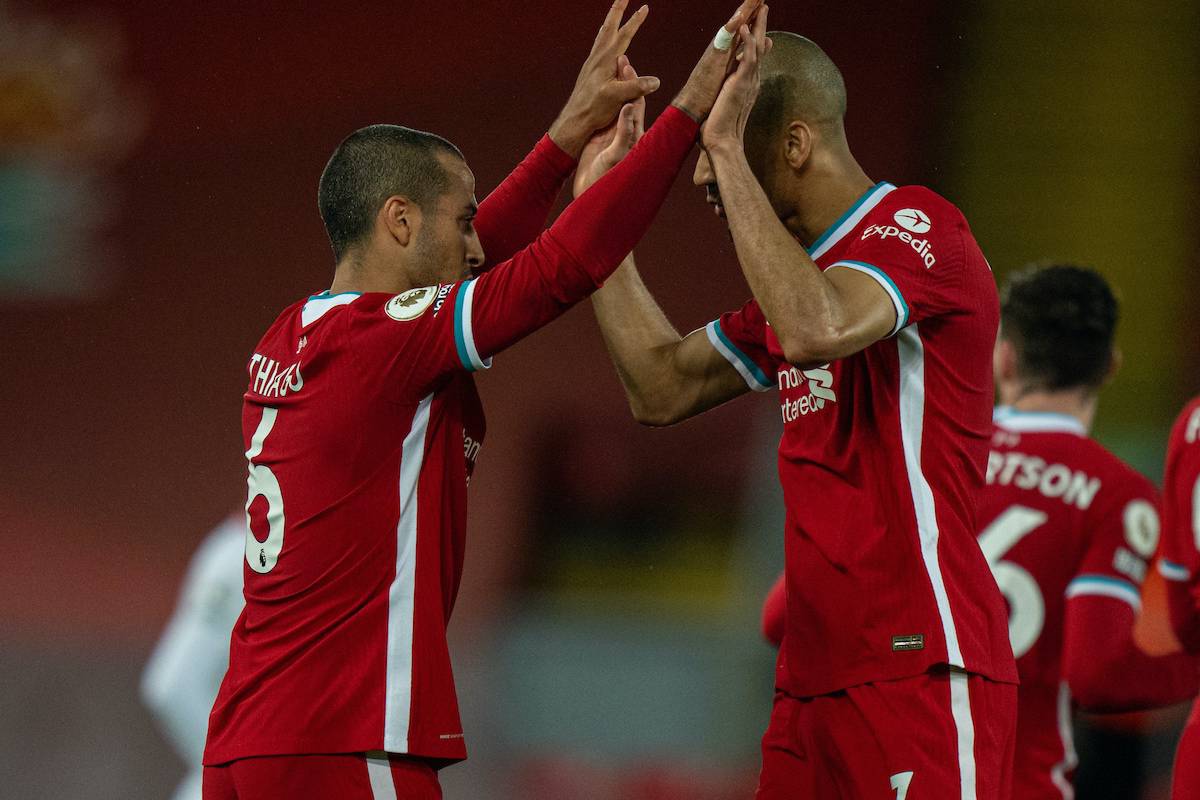 Jurgen Klopp faces his most important team selection of the season as Liverpool host Crystal Palace, but the manager is unlikely to have any big calls to make.

The Reds need three points to book their place in next season’s Champions League, and will be buoyed by the force of 10,000 fans back at Anfield for the first time since December.

Having already put Palace to the sword with a 7-0 victory earlier in the campaign, Liverpool can hope to make it a miserable final game in charge for Roy Hodgson.

On a run of four wins in a row, make it five and the Reds should have banked a major windfall and secured their place at Europe’s top table for 2021/22.

So how does Klopp deploy his side against Palace?

There were no clues in Klopp’s pre-match press conference, but Liverpool’s training session at Kirkby on Friday sparked concerns over two possible absences.

Neither Nat Phillips nor Rhys Williams were spotted as part of the group, with Billy Koumetio the only natural centre-back involved.

The hope is that they were working elsewhere, perhaps as part of their post-Burnley recovery, and that Klopp won’t be patching together yet another new pairing at the back.

Fortunately, the rest of Liverpool’s regular cast were present, beyond those already sidelined including Diogo Jota, Ozan Kabak, Naby Keita and Ben Davies.

James Milner was involved again after returning to the bench at Turf Moor, and it could be that the vice-captain is central to Klopp’s biggest decision for the season-closer. 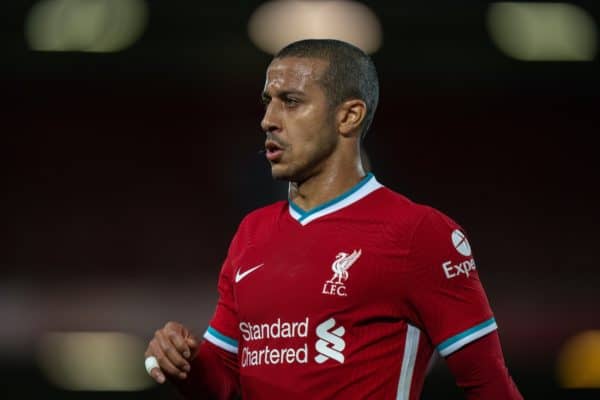 It may be a big if, given the worries at Kirkby, but if Phillips and Williams are passed fit there will be few changes under consideration, if any.

The inexperienced duo will make their fifth consecutive start together, flanked by Andy Robertson and Trent Alexander-Arnold, with Alisson in goal.

Fabinho will be the shielding presence in midfield and, most likely, he will be joined by Thiago and Gini Wijnaldum.

And with Jota still short of fitness, Mohamed Salah, Sadio Mane and Roberto Firmino will start in attack: 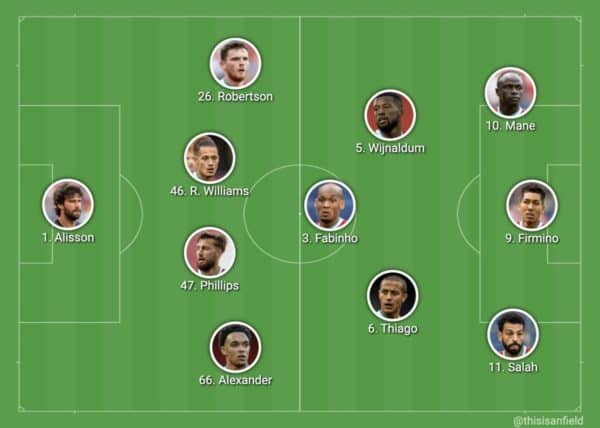 Given the trip to Turf Moor was only four days previous, however, Klopp could shuffle his pack, with a number of squad options to mull over if he is to freshen up his side. 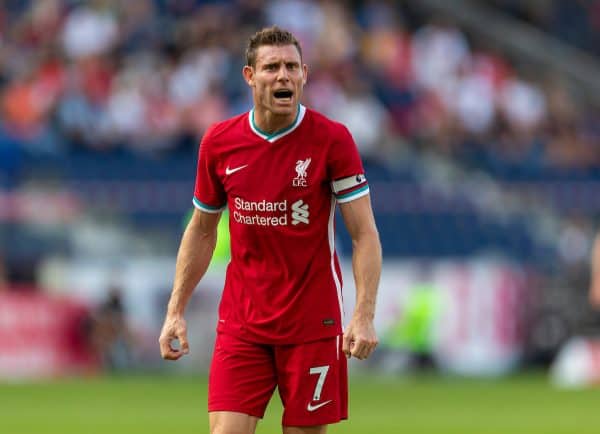 In all likelihood, if Phillips and Williams are fit, they will start, and the only change could come in midfield, with Milner certainly an option to replace Wijnaldum.

With it being the final game of the campaign, Klopp can finally plan for a fixture without one eye on any others – so consistency can be expected at Anfield, and hopefully it will pay off.