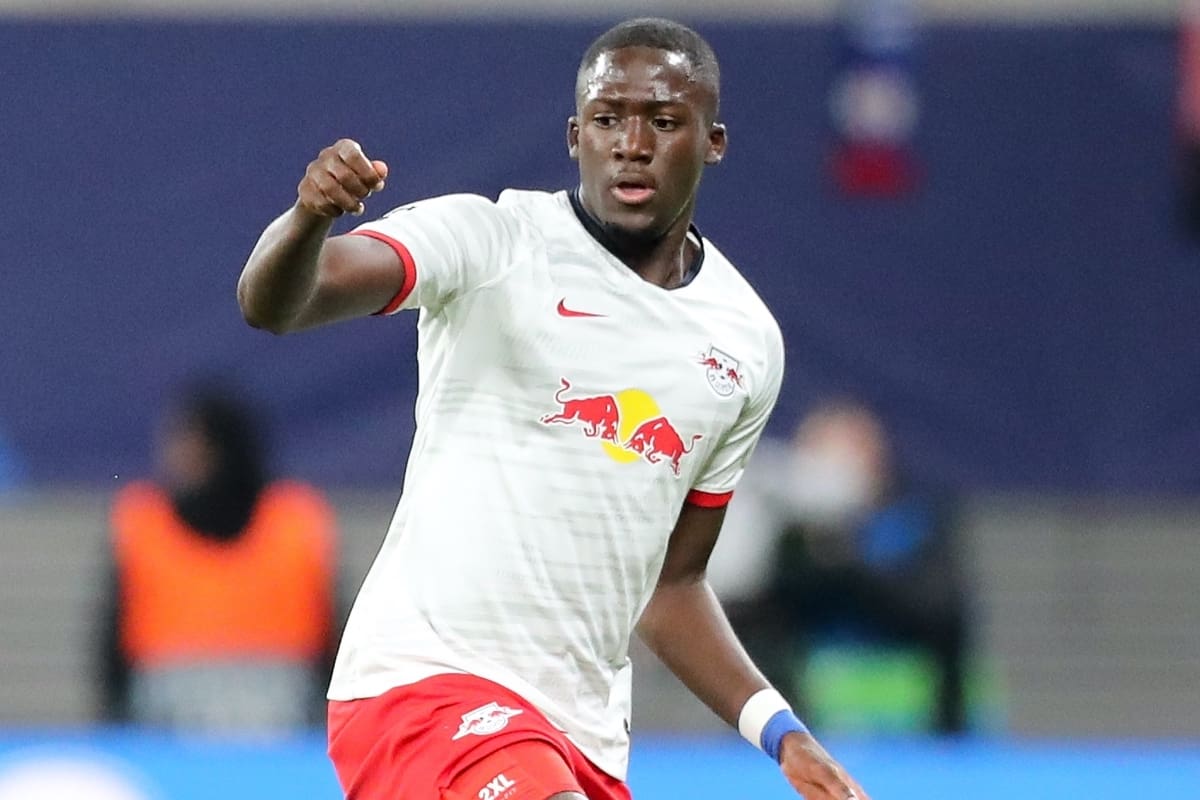 Ibrahima Konate is close to joining Liverpool in a deal worth around £34 million, with the RB Leipzig centre-back set to be the Reds’ first signing of the summer window.

With Liverpool finishing third in this season’s Premier League, the club have landed a windfall of at least £206 million in prize money, broadcasting revenue and entry into the Champions League.

This could make a big difference in the transfer market, with Jurgen Klopp in need of bolstering his squad but restricted by financial issues imposed by the pandemic.

A top-four finish will hopefully accelerate business, though the manager himself has claimed that “it will for sure not be an early market,” as clubs await high-profile moves to kickstart a trickle-down effect.

Liverpool’s pursuit of Konate, made possible due to a £34 million release clause in his contract, could be one of those deals, however.

According to German outlet Sportbuzzer, and Leipzig-based journalist Guido Schafer, Konate’s switch to Anfield is “about to be completed.”

Leipzig’s campaign concluded on Saturday, with a 2-1 defeat to Union Berlin, and Konate was an unused substitute for the third time in his last five games, having only started five times since the turn of the year.

Though those within the club have insisted he is a player to build around, as Schafer points out, with Josko Gvardiol and Mohamed Simakan already incoming, the succession plan for Konate and Dayot Upamecano has already begun.

Konate has been linked with a move to Liverpool since December, while at the end of March, The Athletic reported that talks were advanced between player and club.

The 22-year-old is believed to have agreed a five-year deal with Liverpool, allowing him to join Virgil van Dijk, Joe Gomez, Joel Matip, Nat Phillips and Rhys Williams among Klopp’s centre-back ranks.

It remains to be seen if the Reds will activate an £18 million purchase option for Ozan Kabak or whether he will return to Schalke following the end of his loan deal.

There is the possibility a lower fee could be negotiated for Kabak still, with Schalke having suffered relegation from the Bundesliga after taking just 16 points from 34 games.

An announcement for Konate, who is claimed to have already undergone parts of his medical with Liverpool, could be delayed by his participation at the Under-21 Euros with France.

France take on the Netherlands in the quarter-finals on Monday evening, with the semi-finals taking place on June 3 before the final on June 6.