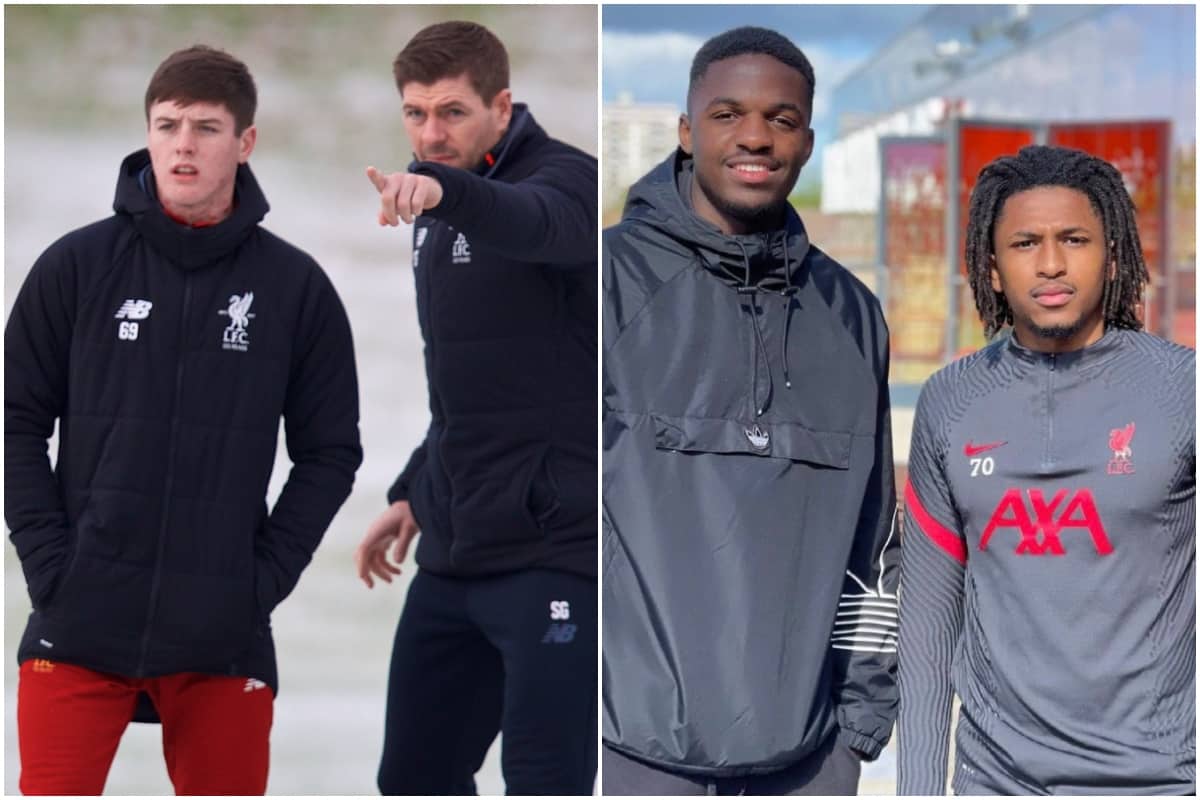 Liverpool academy product Liam Coyle has confirmed his departure from the club after 12 years, as the Reds finalise their released and retained lists for 2021.

Coyle joined Liverpool as a 10-year-old and became a central figure in the youth sides as he progressed through the ranks, including making his under-18s debut at 15.

For a period, the tough-tackling Scouse midfielder looked on course for a first-team breakthrough, and was involved in training at Melwood on a number of occasions.

But persistent injuries hampered his progress, and despite signing a new one-year deal with the club last summer he failed to make a single appearance in 2020/21, largely serving as an experienced head in training.

Now 21, Coyle has announced he has left his boyhood club, taking to Instagram to look ahead to “hopefully kick on” with a new side next season:

“[It was my] last day as a Liverpool player today,” Coyle wrote on Sunday.

“I’ve been lucky enough to spend 12 years of my life playing for the club I love and have made so many amazing unforgettable memories along the way.

“The club has helped me grow into the person and player I am today which I’m really grateful for.

“I want to thank all my teammates, coaches and staff that I’ve worked with throughout the years at the academy and wish you all the very best in the future.

“Can’t wait to get going again next season and hopefully kick on!”

Coyle is not the only young player to leave Liverpool on the expiry of his contract this summer, with the club in the process of finalising their released and retained lists.

Another to have already left, however, is Yasser Larouci, who turned down the offer of an extended deal in favour of a new challenge elsewhere.

Billy Koumetio wished Larouci “all the best” in an Instagram post on Sunday, with the Algerian having spent four years with the club following his move from Le Havre in 2017:

Larouci was closer to a first-team breakthrough than Coyle, having made two appearances in last season’s FA Cup, coming off the bench for his senior debut in the Merseyside derby.

Prior to his decision to move on, Larouci was considered a long-term option at left-back, but with Andy Robertson settled as first choice he opted to seek opportunities elsewhere while the club brought in Kostas Tsimikas.