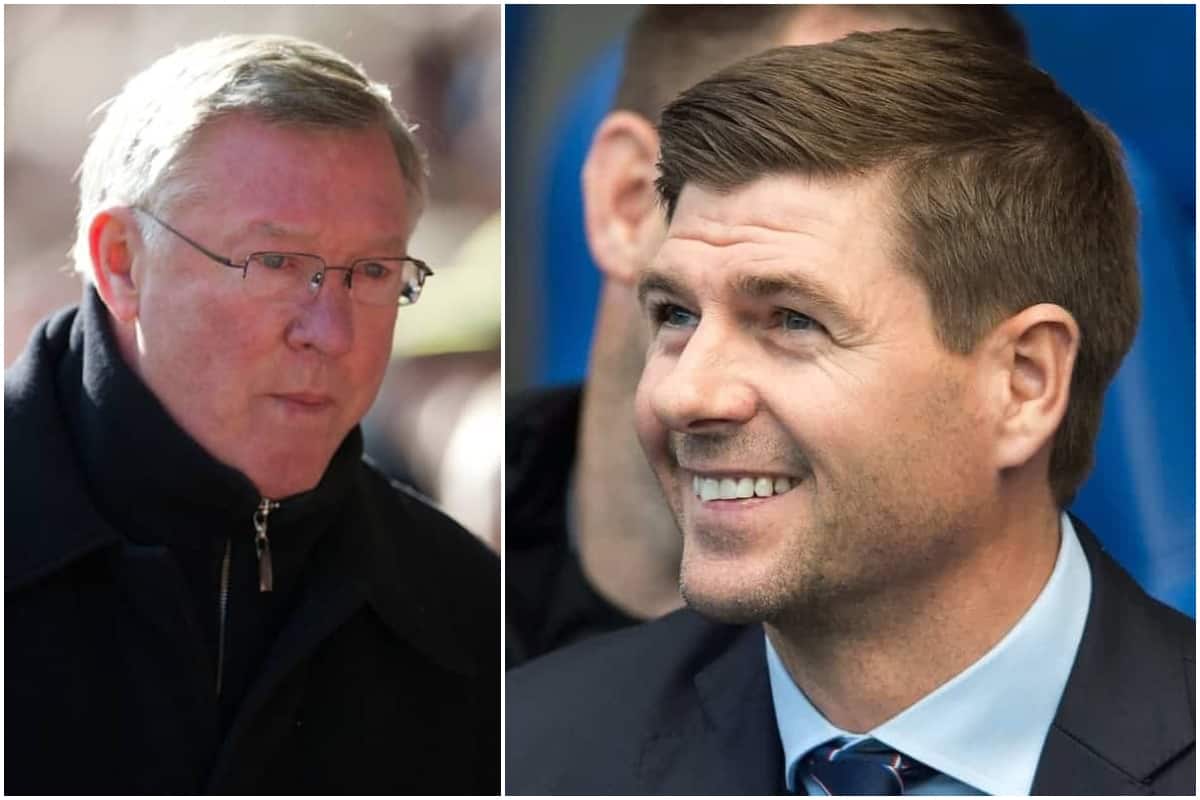 Steven Gerrard led Rangers to their 55th league title and first in 10 years this season, earning plenty of admirers, including Sir Alex Ferguson.

The two were no strangers over a 14-year period when Liverpool and Manchester United battled it out, contesting for English football’s biggest honours.

And in his first senior management role, Gerrard represents a club Ferguson played for back in the late 1960s after taking the helm at Rangers.

The former Liverpool captain has proved a hit having guided his side to a league title in relentless fashion in only his third season in the hot seat.

The 40-year-old has also navigated management off the field with expertise, harnessing over 18 years of experience as a player to handle a multitude of issues and questions thrown his way.

And it has earned him the admiration of Ferguson, a press artist, when speaking to the Guardian.

“Oh, he’s done magnificent. He really has, both on and off the field,” Ferguson said.

“A press interview can lose you your job in management. But Steven’s press conferences are fantastic.

It is praise not to understate such is Ferguson’s stature in the game, and he is someone Gerrard has consulted in the past as he sought to continue learning about management.

Currently, Gerrard is two games away from seeing his side finish the league season undefeated and with over 100 points for the first time in the club’s history.