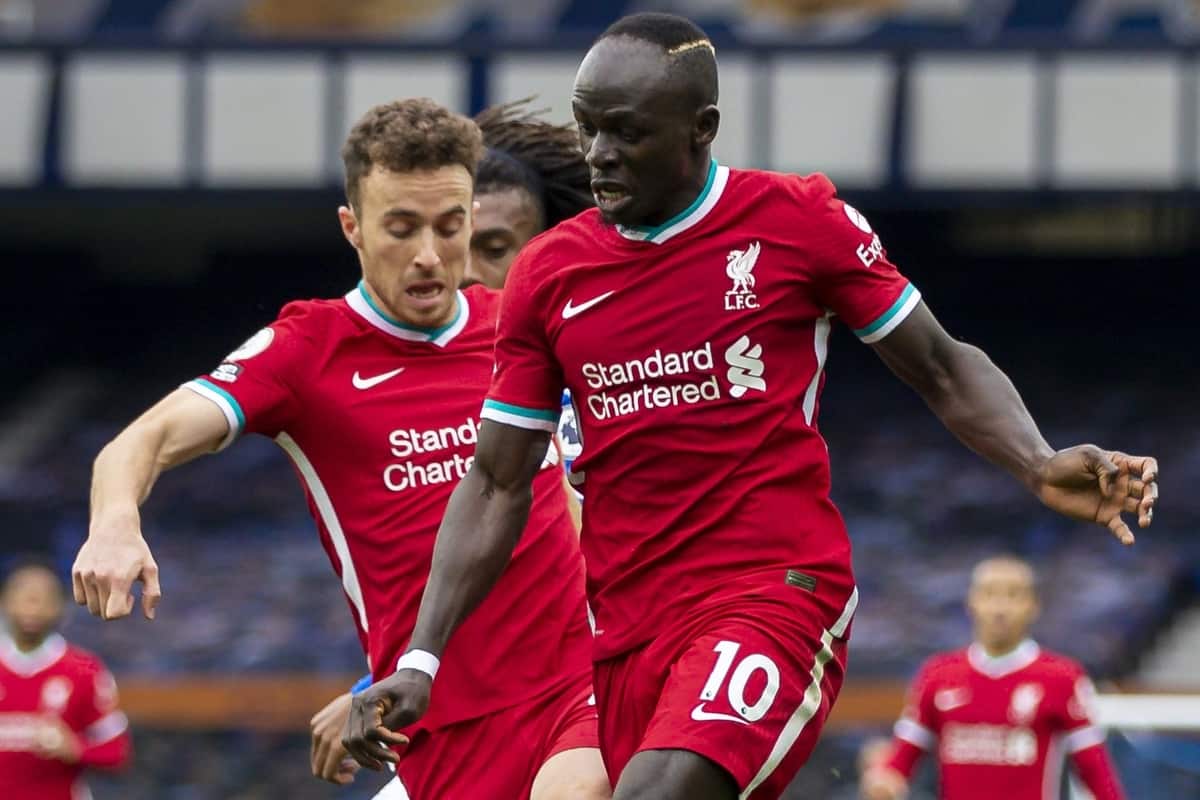 Jurgen Klopp has a host of options to consider as Southampton visit Anfield on Saturday, with retaining his phantom lineup from Old Trafford a strong possibility.

The Reds only got as far as the hotel lobby last weekend, but everything was set to take to the field against Man United, including the confirmation of Klopp’s starting XI.

With the game postponed, however, Liverpool were forced to return to Merseyside and instead prepare for the arrival of Ralph Hasenhuttl’s Southampton.

Saturday will pit a side still chasing top four against one looking to stave off relegation, with three points a must for both.

Liverpool need to be “unpredictable” to get the win, Klopp stressed on Friday, and that could stretch to his team selection.

‘A few bumps and bruises’

Given their long time between games, there are not expected to be many fitness issues within the Liverpool squad.

In his pre-match press conference, however, Klopp did concede that there were “a few bumps and bruises” to contend with, and that he would “have to make late decisions on a few positions.”

These are likely to go without issue, leaving Divock Origi as the only player out aside from the long-term absentees.

Caoimhin Kelleher could be back, having returned to full training in the week, while Nat Phillips has been afforded further time to recover.

Phillips was named in the starting lineup at Man United, but he was a surprise inclusion having missed the previous two games and not having been seen in training in the buildup.

James Milner was not spotted at Kirkby in midweek, but Xherdan Shaqiri was back involved.

The most straightforward selection would be ‘unchanged’ from the side Klopp had planned to field at Old Trafford.

Presuming the manager had opted for his fittest squad, of those who had impressed in training, it would make sense to maintain this for the visit of Southampton.

Phillips would join Ozan Kabak at centre-back, with Trent Alexander-Arnold and Andy Robertson making up the rest of the back four in front of Alisson.

If Milner is fit, he could take his place alongside Fabinho and Thiago in midfield, while Mohamed Salah, Sadio Mane and Roberto Firmino operate in attack: 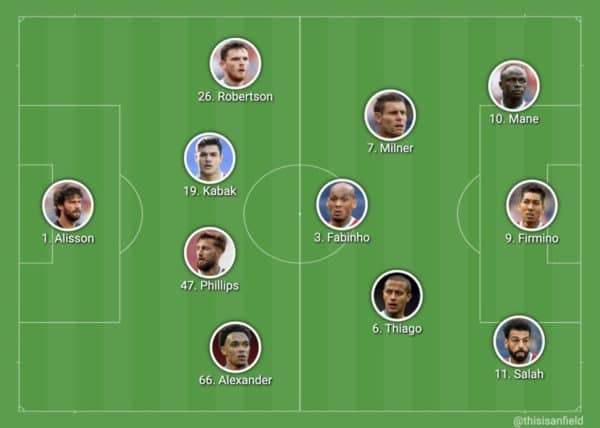 Southampton will be a different challenge, though, and given they have the Premier League‘s worst defensive record in the last six games – conceding 15 home and away – it may be an opportunity to take the fight to them.

The obvious switch, then, would be moving to a 4-2-3-1 system and introducing Diogo Jota alongside Salah, Mane and Firmino in attack.

Klopp’s back four could remain the same, while Jota would likely replace Milner – though there is also scope to consider Gini Wijnaldum coming in for Thiago as partner to Fabinho in midfield.

With Jota coming in, Liverpool could take to the pitch as below: 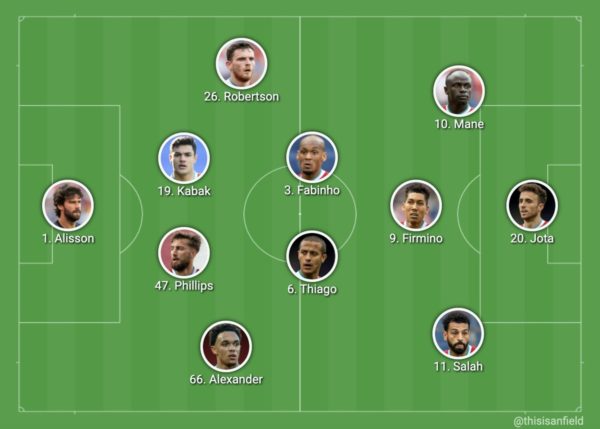 In theory, fielding all four forwards would give Liverpool a better chance of breaking down the Saints back line and punishing them.

However it is not always that straightforward, and with Klopp telling reporters before the game that the Reds would “have to be ready for their counter-press,” perhaps stability is the better route.

Either way, victory is paramount, and the hope is that extra time at Kirkby pays off.