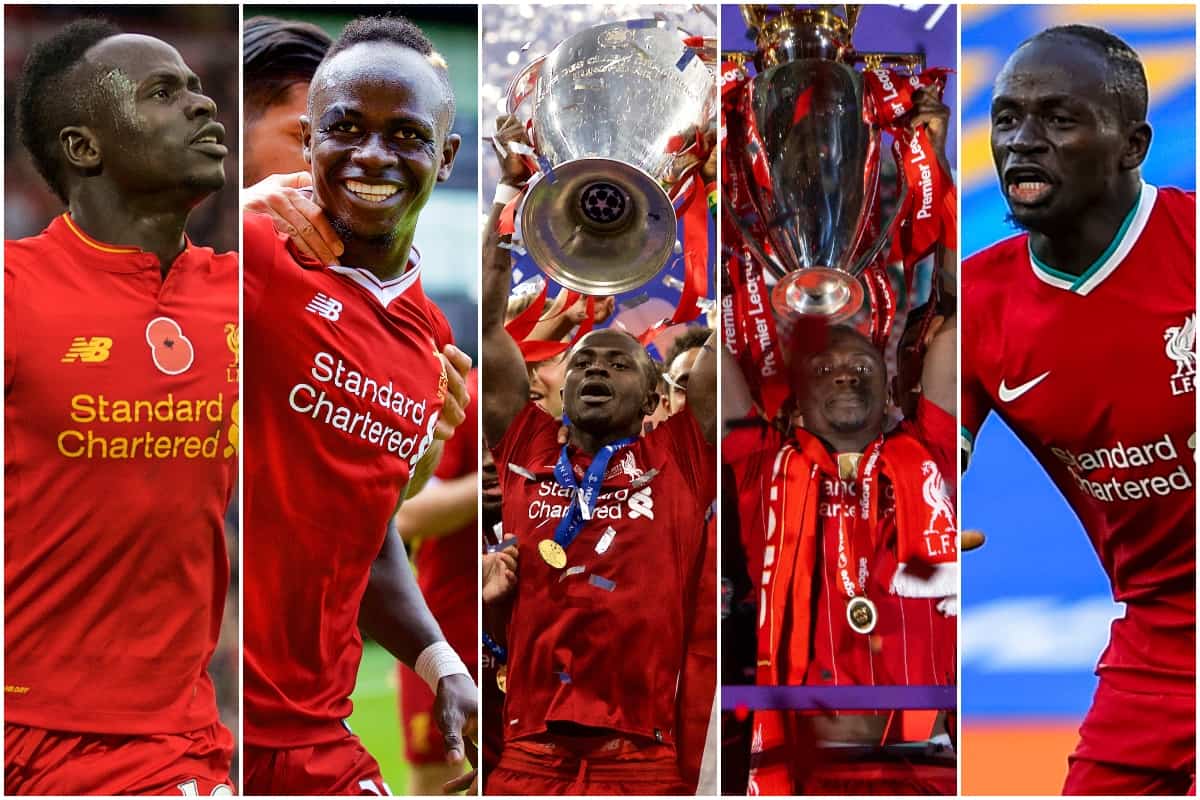 Sadio Mane has now marked five years as a Liverpool player, with his legacy cemented not only at Anfield, but also across the Premier League and for Senegalese football.

Mane joined the Reds from Southampton in a deal worth up to £36 million on June 28, 2016, and has cemented himself as a key player ever since.

The 29-year-old was one of Jurgen Klopp‘s first signings, and his arrival along with the likes of Gini Wijnaldum and Joel Matip served as the catalyst for Liverpool’s long-term success.

Now, he is part of one of the best attacking lines in world football, and despite a tough campaign in 2020/21, is set to remain a leading figure for years to come.

To mark Mane’s five years with the Reds so far, here are five impressive and sometimes surprising statistics. 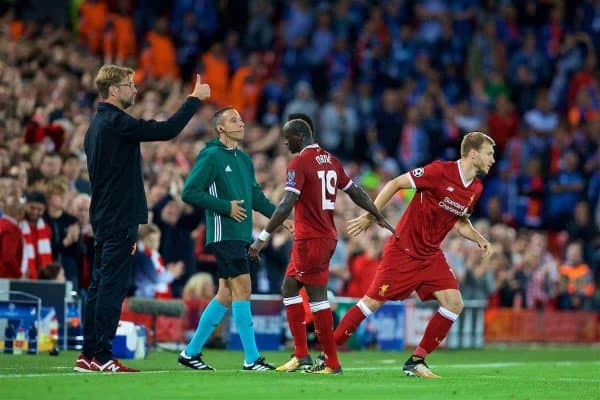 Since Klopp took over at Liverpool in 2015, only three players have made more appearances than Mane’s 218.

He has been a first-choice starter for the entirety of his time on Merseyside so far, and his injury record has been largely unblemished throughout.

This year has brought Mane’s first summer off since 2017, and an four-year run of activity has seen Klopp manage the forward’s game time.

He is the German’s second-most subbed off player at Liverpool, having been withdrawn 76 times, with only Roberto Firmino (110) heading to the bench more often since 2016/17. 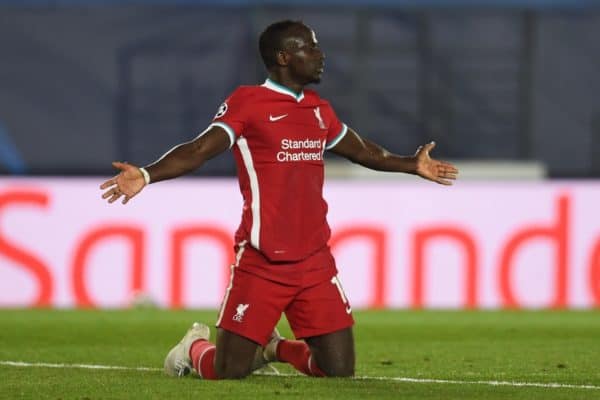 Mane’s quick feet, direct approach and tendency to take players on has made him a target in the Premier League, with no Liverpool player fouled more often since 2016/17.

Mane isn’t the first Senegalese player to star in the Premier League, but he is by far the most prolific in the history of the English top flight.

He has produced the most goals and assists of any player of his nationality in the Premier League, with 95 goals and 36 assists coming in 229 outings.

Demba Ba (43) is the next-highest goalscorer, followed by Papiss Cisse (37), Henri Camara (31) and El Hadji Diouf (28), while Diouf is the second-most creative, having assisted 25 goals.

Best in his field

He is the only Senegal representative to score 10 or more goals in a top-flight European league in each of the last five seasons, with Cisse, Makhete Diop and Mbaye Diagne all having done so three times.

During his time with Liverpool, Mane has struck 74 times in the league, which is much higher than the aforementioned trio, with Diagne (54), Diop (52) and Cisse (49) lagging behind.

Incredibly, Mane boasts the highest win rate of any Liverpool player to make at least 200 appearances in the club’s 129-year history.

According to Opta’s Michael Reid, the forward is tied with Gini Wijnaldum on 64 percent, which is slightly higher than Salah (63%).

Not bad company to keep – here’s to more years of wins, Sadio!