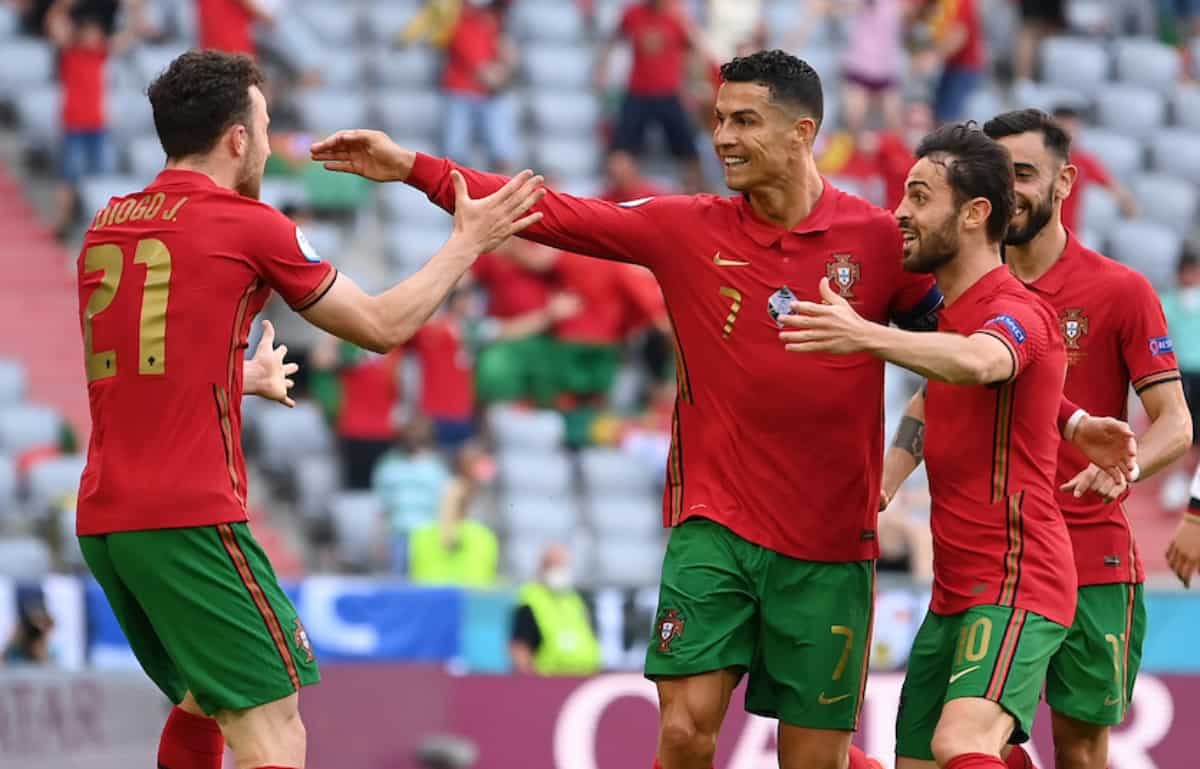 Diogo Jota has been handed the most minutes of any Liverpool player at Euro 2020 to date and a topsy-turvy evening against France has now set up a last-16 clash with the world No. 1.

Liverpool’s No. 20 has been a mainstay for Portugal throughout the tournament to date, sitting in a forward line with a combination of Cristiano Ronaldo, Bernardo Silva and Bruno Fernandes.

Handed a start in each of the three group games, Jota has accumulated 254 minutes to date and has a goal and an assist to his name in that time.

Against France on Wednesday, his role was one that saw him link midfield to attack in addition to assisting with the defensive actions against a side many have tipped to be outright winners.

It was a game defined by one penalty decision after another, or the ones overlooked, as they each traded blows on an eventful night in Group F.

Two Ronaldo penalty conversions were matched by one for Karim Benzema and another in open play, seeing the game end 2-2 with France topping the group and Portugal qualifying in third place as Germany squeezed their way into second.

For Jota and Portugal, it now sets up a date with the number one ranked team in the world in Belgium in the last 16 on Sunday evening, where our No. 20 will be expected to start once more.

And for Thiago, he remained on the periphery of Luis Enrique’s plans as he started on the bench for the third game in succession in their important clash against Slovakia on Wednesday.

Substituted on at the 71st-minute after replacing Sergio Busquets, Spain were already four goals to the good and were in cruise control as they added the fifth shortly after his arrival.

The 5-0 victory locked in second place in Group E and now Croatia awaits as the next hurdle they need to overcome, where Thiago will be hopeful of adding to his 53 minutes accumulated thus far.