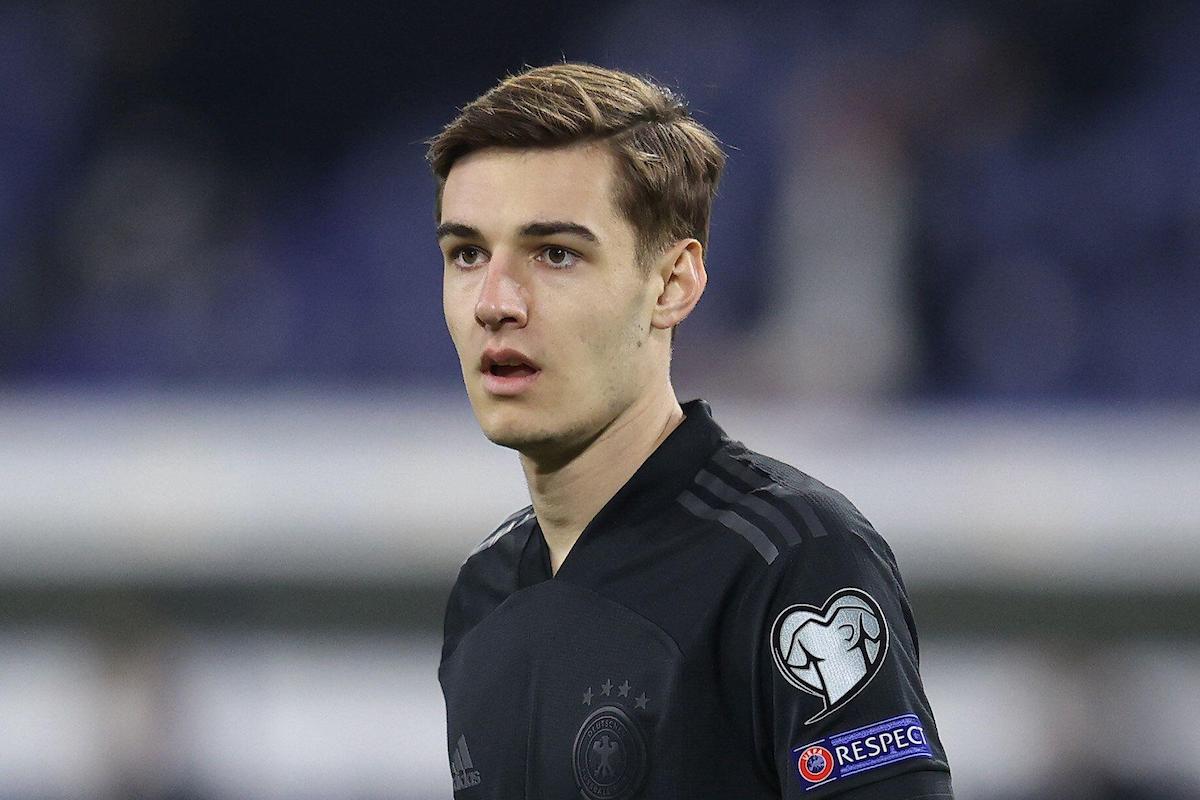 Liverpool have made contact with Florian Neuhaus’ representatives ahead of a potential move this summer.

This Is Anfield understands that the Borussia Monchengladbach man has emerged as a potential midfield target for the Reds as they ponder whether to sign a direct replacement for Georginio Wijnaldum.

Neuhaus has established himself as a key man in Gladbach’s engine room over the course of the last three seasons, scoring 16 goals in 116 appearances.

His development was recognised with a first senior Germany cap in October 2020 and a place in Jogi Low’s squad for this summer’s European Championship.

But, while Liverpool’s interest in the 24-year-old spans back to initial contact with his camp in spring, a move is not currently considered close to completion.

The previously reported €40 million release clause in the midfielder’s contract has expired, meaning the Reds would now be required to engage in negotiations with Gladbach to secure his services.

However, they are thought to be taking a realistic approach to any new asking price after failing to secure European football in finishing eighth in the Bundesliga last term.

Like most clubs across the continent, Gladbach are also dealing with the financial consequences of the Covid-19 pandemic.

Any firming up of Liverpool interest is expected to come after this summer’s Euros, for which Germany are considered among the favourites.

Conveniently, the prospect of a bidding war with Bayern Munich appears to have been avoided after their president Herbert Hainer ruled out any further big moves this summer.

Speaking on Friday, Hainer said: “With the exception of RB Leipzig’s Dayot Upamecano, no more big transfers are possible for us this summer.”

Meanwhile, Neuhaus himself said regarding a move to Bayern that he “can clearly deny that here and now.”

Personal terms are unlikely to prove a stumbling block, with the player drawn to the idea of linking up with Jurgen Klopp at Anfield.

Last week the 24-year-old said: “I can very well imagine a move abroad.”

However, the possibility of Neuhaus staying in Gladbach cannot yet be ruled out and he added: “I don’t necessarily have to change, because I’m currently feeling very much at home at Borussia Monchengladbach.

“That is a good feeling and another club must first come across that feeling in the talks. I feel very much at home there at the moment.”

Gladbach’s new boss Adi Hutter, who has replaced Marco Rose following his move to Borussia Dortmund, has made clear his desire to work with the midfielder next season.