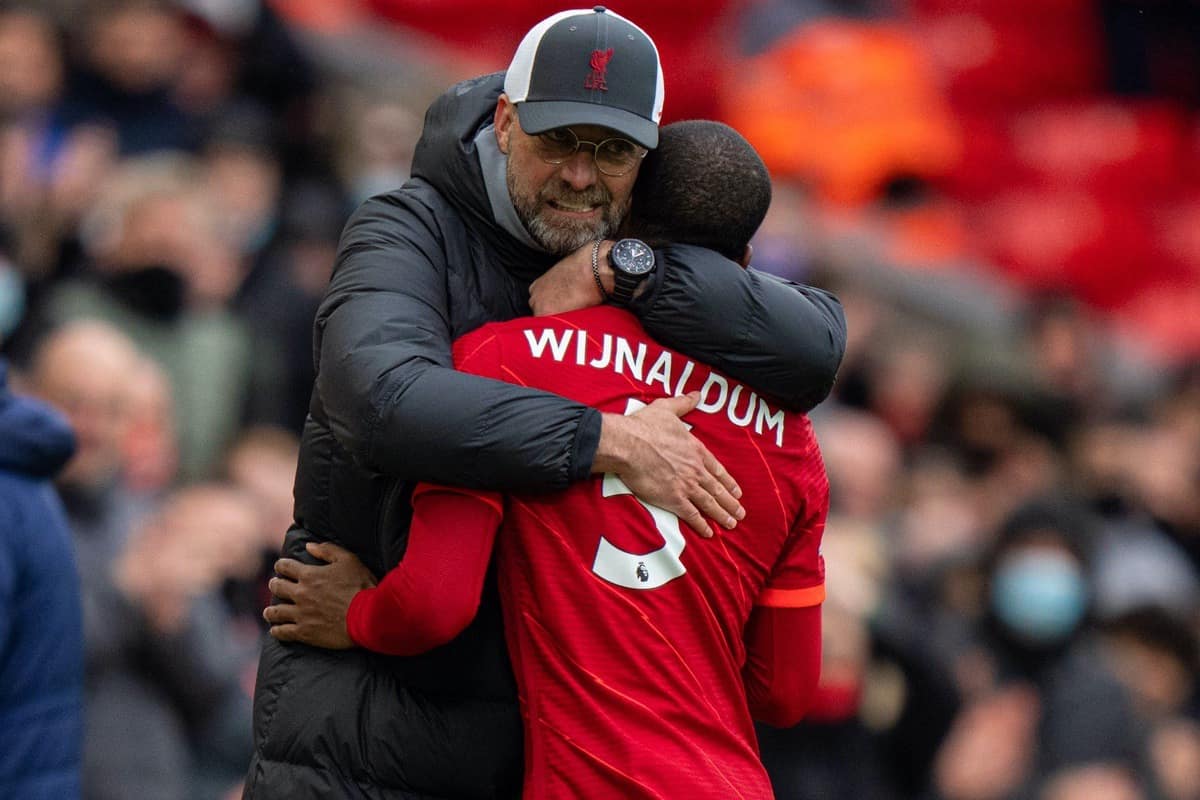 Gini Wijnaldum‘s next destination has been confirmed and thus his Liverpool days are now behind him, but the glowing words from Jurgen Klopp continued.

Signed in the summer of 2016, Wijnaldum was one of the key pillars installed by Klopp as he looked to take Liverpool back to the top of English and European football.

And that’s exactly what would unfold, with the Dutchman at the heart of the Reds’ Champions League and Premier League success having missed just 29 of the 265 games played since he arrived.

But it would all come to a close at the end of 2020/21 as he played his final game before it was announced on Thursday that he is to join PSG for his next venture.

Upon the announcement, Klopp took the time to send another fond farewell to his No. 5, who he says was “a huge part of our beating heart” and will be dearly missed around the club.

“As a team we said our goodbyes to Gini at Anfield after the final game of the season. There was the public farewell on the pitch with the guard of honour. But then a more private occasion also,” Klopp told the club’s official website. 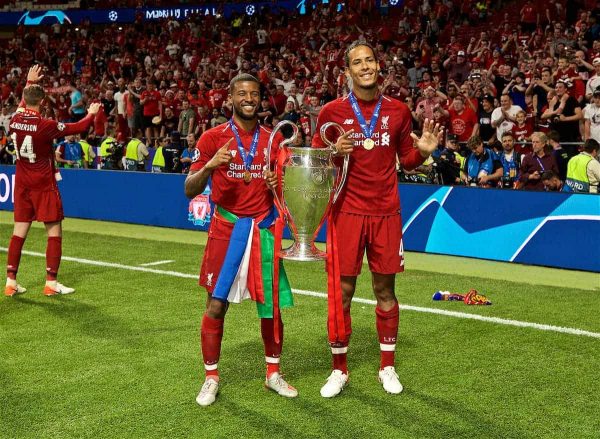 “It was difficult for all of us because of how much this astonishing person means to the group. He’s been a big part of our lives for so long. There is nothing I won’t miss about him.

“I will miss the player he is like crazy – highest-quality ability, one of the smartest players I have ever had the privilege to coach. His contribution was off the scale, a manager’s dream.

“But as a person he’ll leave just as big a hole. A more giving individual you could not wish to meet.

“Gini is very strong and opinionated, but his motivation is only to help the team – always. His teammates adored him and respected him in equal measure.

“His smile lit up our workplace. He was a huge part of our beating heart.”

And while his Liverpool chapter is over, Klopp wished nothing but success for Wijnaldum who will undoubtedly go down as a legend at Anfield.

“Of course, he is now someone else’s and on behalf of the team we wish him great success in France with PSG,” Klopp continued.

“It is no surprise he’s joined such an amazing club. Knowing his personality, he will fall in love with the city and the team – and they with him.

“Farewell, Gini: you came, you saw, you won the lot. You’re a Liverpool legend now and forever.”

Thank you and see you later, Gini!