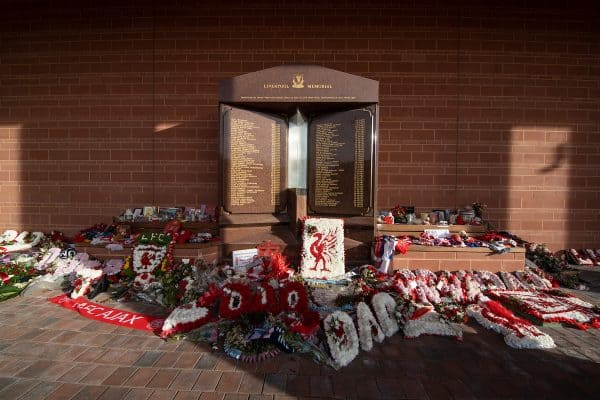 A settlement has been agreed upon between 601 people and the South Yorkshire and West Midlands police as compensation for the ‘false police campaign’ for the Hillsborough disaster.

The two forces will compensate families whose relatives were among the 96 unlawfully killed in 1989 and the survivors for the additional trauma caused by the police campaign.

As reported by the Guardian‘s David Conn, the settlement comes as recompense for the “psychiatric injuries the families and survivors have suffered.”

The civil claims were first made in September 2015, for alleging misfeasance in a public office, for a ‘cover-up’ that blamed victims for the disaster.

The claims came during the inquest that concluded in 2016 and found the 96 were unlawfully killed due to gross negligence and that Liverpool supporters played no part in the disaster.

And while three defendants, two retired police officers and a solicitor, were acquitted of accusations of perverting the course of justice just last week, meaning no one has ever been convicted over the disaster, settlements were being agreed to claims of a cover-up.

A statement from the lawyers who have acted on behalf of families and survivors said:

“Through this civil claim for misfeasance in a public office, 601 victims sought justice and accountability for the deliberate, orchestrated and thoroughly dishonest police cover-up that suppressed the truth about the responsibility of the police, and blamed the football supporters for the horrific events that unfolded at the Hillsborough Stadium on 15 April 1989.

“Ninety-six Liverpool supporters were unlawfully killed as a result of the police failings that day, and countless others suffered physical and psychological harm.

“The distress and heartache caused by the loss of life, and the injuries caused to those who survived, were made significantly worse by the lies told and the cover-up that followed.

“As a result of the cover-up, that was maintained for nearly 30 years, the victims, both the bereaved and the survivors, and their families and loved ones, suffered additional psychiatric injury.

“No amount of money can compensate them for the ordeal they have suffered, but this settlement acknowledges both the cover-up and its impact upon each of the victims.”