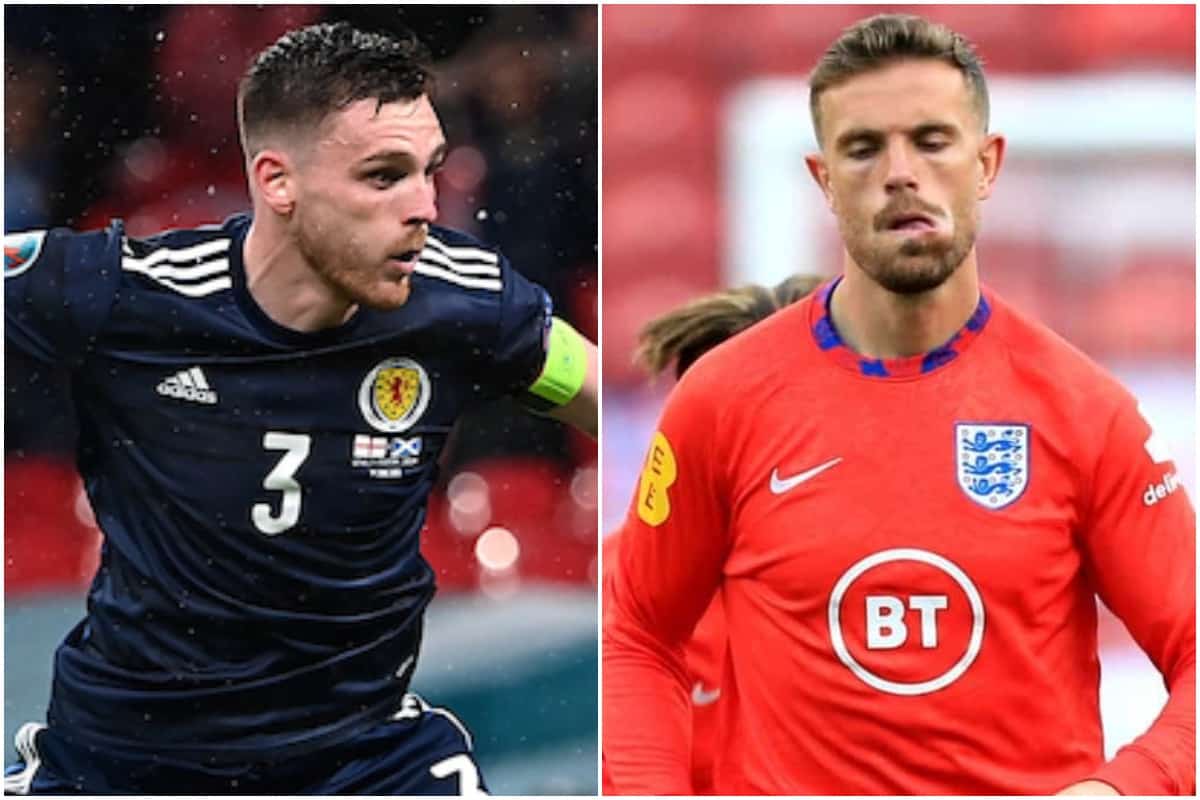 Results on Monday conspired to mean a host of nations who weren’t even playing all confirmed their passage to the last 16, including England and favourites France.

Thankfully, the worst of the mathematical challenges were not required on Monday as Denmark completed their fairytale recovery following on from their horrifying opening game.

With Christian Eriksen well on the mend and Denmark reaching the last 16, what could have been the worst thing about Euro 2020 has developed into the story of the summer. Plenty of neutrals are likely to back them now – but Wales fans will hope the last chapter ends here, as they’ll meet the Danes in the last 16.

A few remaining matches have become dead rubbers, but there are still positions to sort which will affect routes to the final and which stadiums they play in, including England and Scotland today. 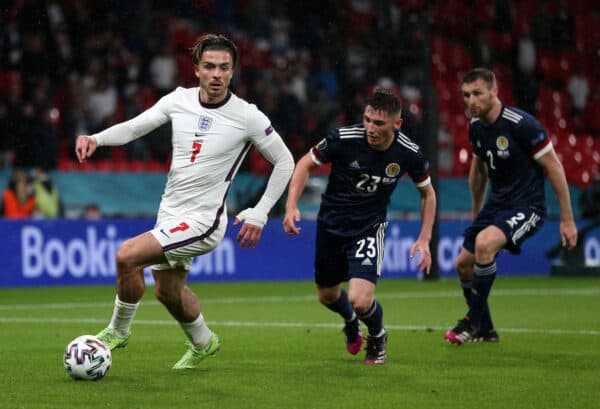 Jack Grealish. The England-watching part of the nation seems to have collectively decided that he’s the one to be the saviour of the summer, despite not really affecting the game against Scotland after coming on.

Gareth Southgate still has reservations over him and his defensive play, it seems, but since England are already through – and since a second-place finish is possibly better than topping the group – perhaps he’ll give the Aston Villa man a start.

What he really needs to do, though, is put Jadon Sancho in the team – and perhaps even Jordan Henderson, you know, someone who knows how to ensure the team plays well and knows how to win.

Patrick Schick vs the England defence. It must be said that Tyrone Mings has been solid so far and John Stones not far behind him in England’s better performers.

But Schick is joint top scorer and flying in confidence – he’s the one they’ll have to stop if they do want to top the group.

There has been talk over Harry Maguire making a return to action too, and given he hasn’t played in over six weeks, he could easily struggle against the physicality and self-belief the Czech striker has right now. 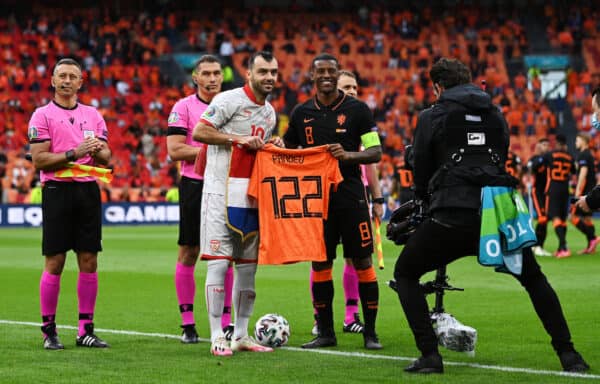 The captain for Netherlands – and what a cool kit that is, by the way – gave a ceremonial jersey to Goran Pandev pre-game to mark his final outing on the international stage, which is already a pretty legendary moment even before kick-off.

But then he also guided his nation to a perfect group stage three from three, scored twice more himself, overtook a man with mythic status in Dutch folklore and made himself joint top-scorer at the Euros all in one go!

Although we still have lots to improve, we finish this round with a positive feeling. Also happy to contribute with 2 goals??? #WeTheWave

Special congrats to Cody with his debut ? and Goran Pandev with ending his fantastic career???? pic.twitter.com/leFGEcgBK9

Who do you think will walk away with the Golden Boot? pic.twitter.com/pwLvcpiSYW

OFFICIAL: Gini Wijnaldum ?? has been named UEFA Star of the Match for his performance in #NED 0-3 win against North Macedonia. ? #EURO2020 pic.twitter.com/rj37mbFToA

Wijnaldum sacrificed world class goalscoring ability to play a tactical role which prevented him from attacking the box from deep at LFC. This was a large reason as to why they won the Champions League and Premier League – he sacrificed individual awards from team success. LEGEND

I wish Gini Wijnaldum got this much respect when he was a Liverpool player, he’s always been underrated. pic.twitter.com/h1wIrSjzEU

Feels so weird that Wijnaldum isn’t a Liverpool player anymore.

Gini Wijnaldum has now scored as many goals in #EURO2020 as he did in 51 games for Liverpool last season [3]. ? pic.twitter.com/CS5jbie91Z

Andy Robertson will be desperately hoping to guide a Gilmour-less Scotland past Croatia; it’s win-and-in for the Scots. But also for their opponents.

Jordan Henderson is still looking for his first start at Euro 2020, which could come when England face Czech Republic at the same time.

Let’s go with the home nations being happy for once, shall we? Scotland to beat Croatia and England to get whatever result turns out to give them a move favourable draw in the last 16 after tomorrow’s games have been played!