Sadio Mane has continued his goal-scoring feats from the last day of the season with Liverpool by notching one for his country, and setting up another.

Liverpool’s No. 10 has linked up with Senegal for two summer friendly encounters, with Zambia and Cape Verde both on the agenda.

The first of which saw Zambia as the opposition on Saturday, with Mane lining up alongside Premier League contingent Ismaila Sarr, Idrissa Gueye and Nampalys Mendy, with Napoli’s Kalidou Koulibaly in defence.

And a strong first half saw Senegal take the lead and never look back, with three goals finding the net in a 23-minute spell to end the opening 45.

Mane was the first on the scoresheet, converting from the penalty spot, that was awarded after a foul on Sarr, thanks to a powerful shot into the left corner after 21 minutes. 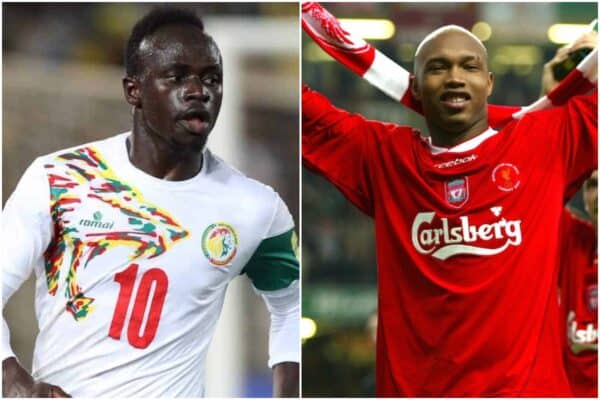 The roles would then be reversed as Sarr would etch his name onto the scorecard after combining with Mane on the cusp of half-time, to make it 3-0 after Krepin Diatta scored Senegal’s second.

Liverpool’s No. 10 would combine his goal and assist with playing the full 90, with the game coming to a close at 3-1 after Dominic Chanda headed home a consolation goal.

While Mane would have been best pleased with the victory, it was a milestone game for the winger as his goal saw him edge ahead of ex-Red El Hadji Diouf in Senegal’s all-time top goalscorer list, having taken his tally to 22 to move him into fifth.

He is now just nine goals away from top spot, held by former Wigan and Wolves man Henri Camara.

Meanwhile, Neco Williams was able to feature in Wales’ starting XI in their Euro warmup against Albania after UEFA decided he did not have to serve a suspension for his harsh red card from the previous game.

The news came in merely hours before the game, where he would feature at right wing-back in what was a dull stalemate between the two sides as the 90 minutes returned just two shots on target combined.

Williams would get 90 minutes under his belt for only the fourth time in 2021, with only one of those occasions coming with Liverpool in the FA Cup tie at Villa Park.

Harry Wilson, on the other hand, would be called upon off the bench for the final 29 minutes in a 0-0 draw watched on by 6,500 fans in Wales.