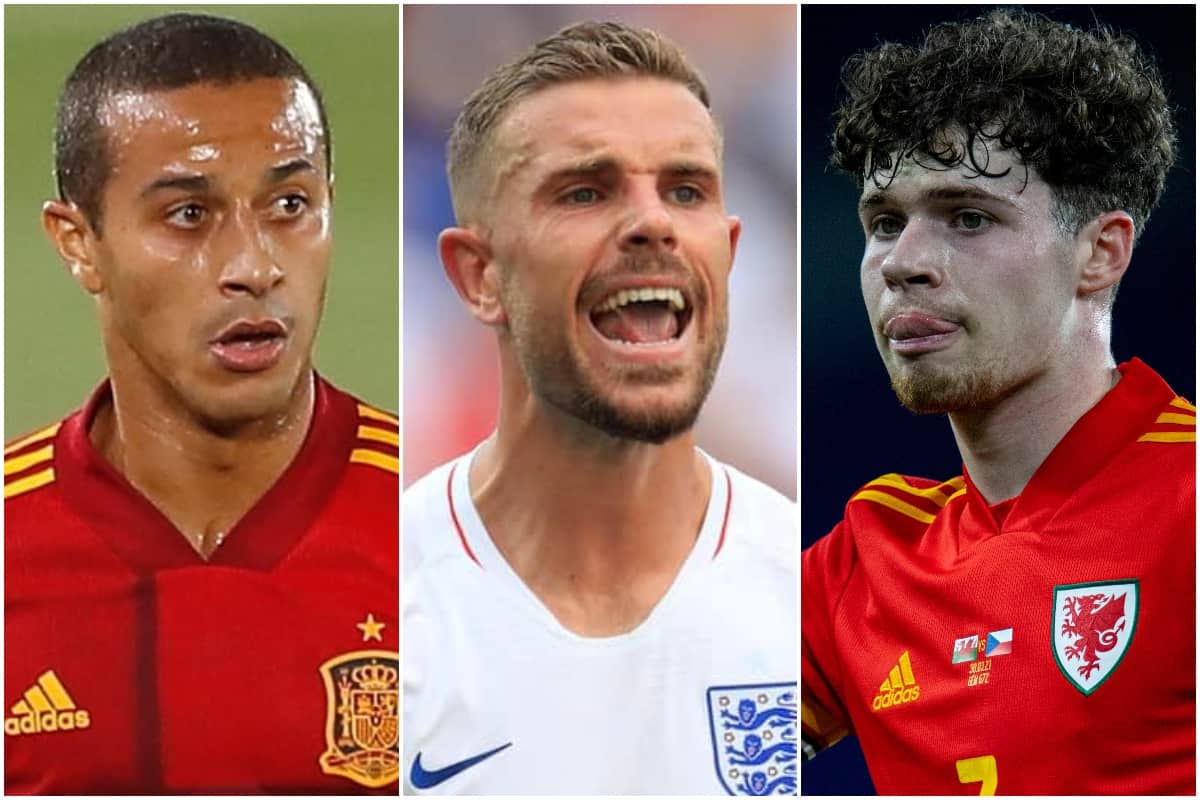 Liverpool will see eight players head to this summer’s Euros, which is significantly fewer than the last tournament in 2016, when they were the most-represented club.

A total of 12 Reds travelled to France five years ago, with Juventus the only other club to have as many players at the tournament, which was eventually won by Portugal.

This year is a much different Euros, however, with games to be played across Europe and the atmosphere to be impacted heavily by an ongoing pandemic.

Tuesday brought the deadline for all managers to name their final squads, with the maximum number of players permitted increased to 26 to address the problems faced over the past year-and-a-half.

The announcement of the final England squad brought the surprise news that Trent Alexander-Arnold has, in fact, been included, joining Jordan Henderson as the Three Lions’ representatives from Anfield.

Andy Robertson will captain Scotland at their first Euros since 1996, while Neco Williams and Harry Wilson join the Wales squad.

Diogo Jota is part of the Portugal group, while Thiago will hope to take his excellent end-of-season form into the Spain side and Xherdan Shaqiri has an opportunity to prove himself with Switzerland.

There would have been more Reds players involved at the tournament were it not for injuries to Joe Gomez and Virgil van Dijk, while Alex Oxlade-Chamberlain and Divock Origi were overlooked.

Among those not involved despite being regular fixtures at international level are Caoimhin Kelleher, Kostas Tsimikas and Marko Grujic, with the Republic of Ireland, Greece and Serbia not having qualified.

The Euros kick off on June 11, with Turkey vs. Italy the opening fixture, with Wales vs. Switzerland the first game to feature Liverpool players the following day.

This summer will also see Copa America take place in Brazil, with Alisson, Fabinho and Roberto Firmino all set to be part of the squad for a tournament relocated at last-minute from Argentina.

Liverpool players at the Euros