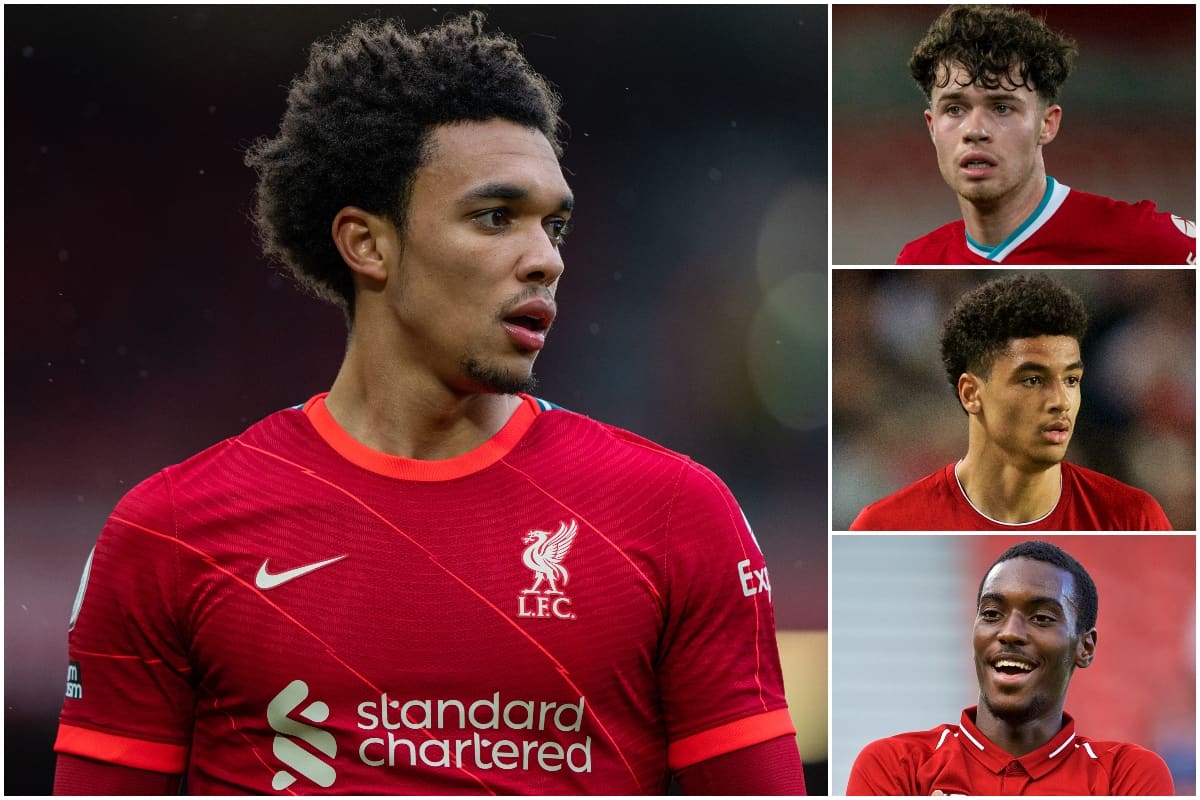 For the third summer in a row, Liverpool are poised to allow their young backup to Trent Alexander-Arnold leave for a big fee – with it proving a useful source of income.

Ignoring the sideshow, the tiresome studio debates and the ‘will they, won’t they?’ situation within the England squad, Alexander-Arnold is a generational talent.

At 22, he is already a Premier League and Champions League winner, and has made 179 appearances for Liverpool since his debut as an 18-year-old in 2016.

He has played more times for the Reds than Peter Beardsley, David Fairclough and John Aldridge, and next season will leapfrog the likes of Xabi Alonso and Ray Houghton.

There are few, if any, better right-backs in world football, and a future captain of Liverpool who has no plans to leave his boyhood club in the future.

That Alexander-Arnold came through the academy to become a first-choice starter makes the situation sweeter, following the lineage of Steven Gerrard and Jamie Carragher among others.

While Jurgen Klopp‘s time at Anfield will eventually come to an end, Alexander-Arnold is poised to remain a key part of the side for at least the next decade, which puts Liverpool in an enviable position.

Less enviable, however, is their pursuit of a reliable, consistent backup option to the No. 66.

When a player of Alexander-Arnold’s calibre cements himself as first choice, it will be continually difficult to keep his deputy content.

Over the past four seasons, Klopp’s approach has been relying on experienced players filling in out of position and nurturing young talent with sporadic appearances.

Nathaniel Clyne‘s time at the club faded as he was shunted out of the picture by a player eight years his junior, while Joe Gomez and James Milner have rightly been shifted to full-time duties elsewhere.

More interesting, though, is how Liverpool have promoted a new backup right-back every season while generating sizeable transfer fees.

First, it was Rafa Camacho, who made the matchday squad on eight occasions in 2018/19 before insisting he was “not a right defender” and suggesting Klopp was “mistaken” for ignoring his “DNA” as “an attacker who scores goals.”

In 2019, Camacho was sold to boyhood club Sporting CP in a deal worth £7 million – a 20 percent sell-on clause was also negotiated, along with a buy-back option for a player brought in as a scholar from Man City three years previous.

Ki-Jana Hoever benefited from Camacho’s departure, himself making the matchday squad eight times in 2019/20 including starts against MK Dons, Aston Villa and Shrewsbury.

The Dutchman’s time at the U17 World Cup midway through that campaign, though, saw him fall behind Neco Williams in the pecking order, and he was subsequently sold to Wolves in a package worth up to £13.5 million last summer.

This summer is set to bring a third such exit, with Williams now expected to depart the club in a deal worth £10 million.

Southampton, Burnley, Wolves, Leeds and Norwich have all been credited with an interest, with the 20-year-old having signed a new five-year deal with the Reds in 2020 before making the matchday squad 44 times last season, starting nine games.

Liverpool will look to include a sell-on clause in any agreement for the Welshman, while it is likely that Michael Edwards will seek a buy-back option, as he did when sanctioning Rhian Brewster‘s exit in 2020.

By selling Camacho, Hoever and, provided a deal goes through, Williams, the club will have made close to £30 million for three players with little chance of supplanting Alexander-Arnold as first choice.

If reports are to be believed, academy right-back Conor Bradley is the next on the conveyor belt, with the 17-year-old having already trained with the first team on a regular basis in 2020/21.

Bradley is unlikely to feature heavily if he is promoted next season, with Gomez and Milner due to be relied upon as backups again, but he will certainly benefit from the exposure and training time.

While it would be inappropriate to suggest Bradley, who joined from Dungannon United for a nominal fee in 2019, would then be ‘flipped’ and sold for a profit, it would certainly follow a trend.

The teenager has already made his senior debut for Northern Ireland, which puts him in a similar position to Williams, who has established himself as a regular with Wales since his breakthrough at Liverpool.

Hopefully, Bradley would be able to rise to the challenge and compete with Alexander-Arnold as a genuine contender for first choice.

Who knows, perhaps his progress could pave the way for the Scouser’s long-predicted move into a midfield berth. 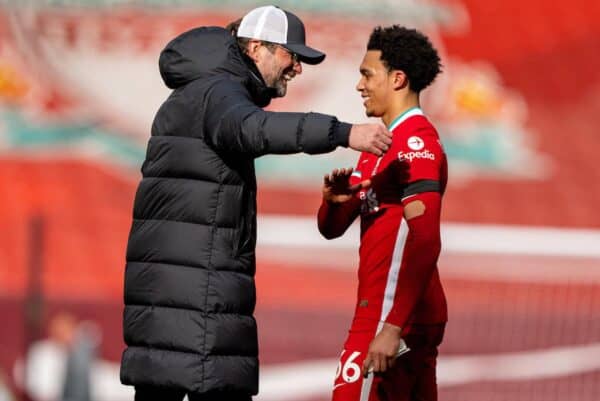 That is, of course, unlikely, but in an ideal world, Klopp would be able to enjoy a healthy rivalry between Alexander-Arnold and his next deputy.

As it stands, academy right-back is one of the Reds’ most reliably lucrative income sources, and for a commercially progressive club, that is more valuable than a veteran backup whose price tag would only decrease over the years as Alexander-Arnold’s stand-in.

So while the clamour for a more experienced name to replace Williams is understandable, it is not likely to be part of the plan for Liverpool.