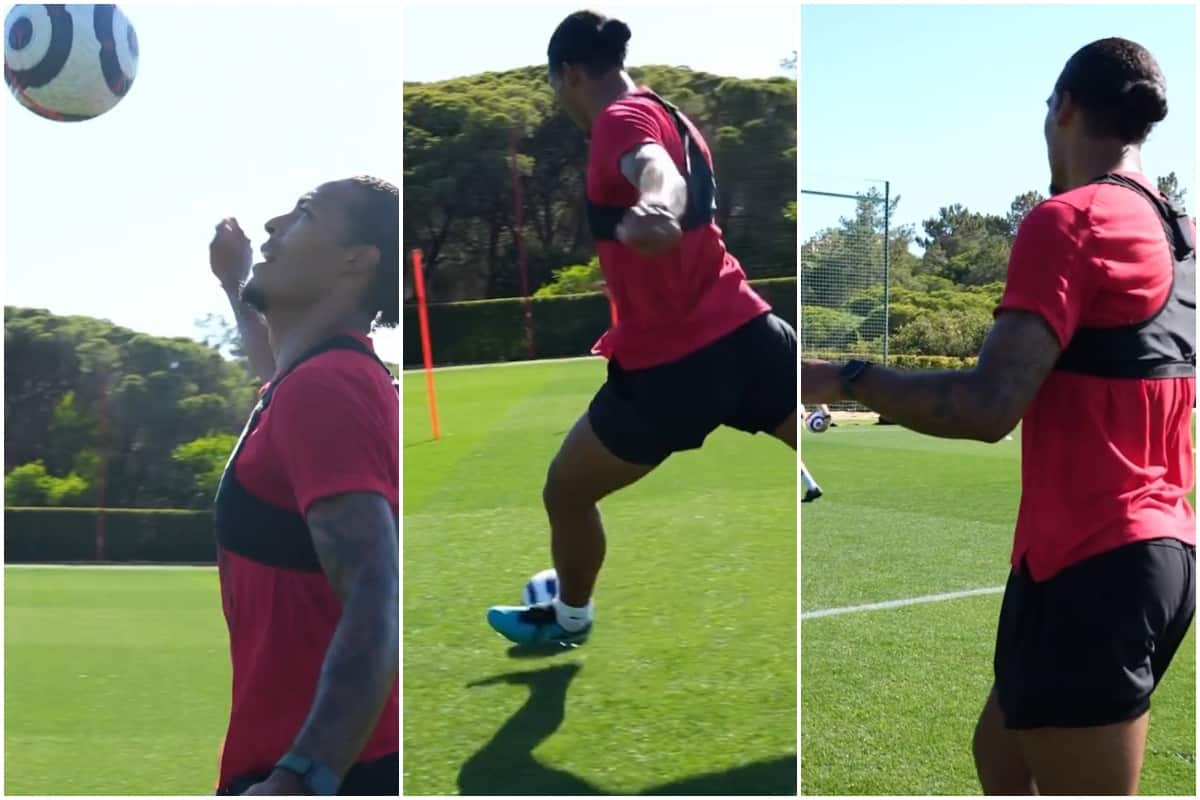 Virgil van Dijk looks to have taken a big step in his recovery from a long-term knee injury, with the Liverpool centre-back preparing to report back for pre-season training.

Van Dijk will be heavily invested as the Netherlands taken on the Czech Republic in the last 16 of the Euros on Sunday evening, but he will be watching from afar.

The 29-year-old is currently in the Algarve, continuing his rehabilitation from the ACL injury that derailed his fourth season with Liverpool, limiting him to eight appearances in 2020/21.

He has been joined in Portugal by fellow centre-back Joe Gomez, along with young goalkeeper Marcelo Pitaluga and a handful of Reds staff, including head of fitness and conditioning Andreas Kornmayer.

Kornmayer will be overseeing the final stages of recovery for Van Dijk, Gomez and Pitaluga, who all saw their seasons end early due to injury – and for the Dutchman, all signs point to taking part on the first day of pre-season at Kirkby.

In a short clip shared on Van Dijk’s Instagram story, he can be seen chesting a ball down before blasting a precise half-volley beyond Pitaluga and into the back of the net:

Doesn’t look to be any problems with Virg’s knee anymore – back for pre-season on July 12! ? pic.twitter.com/U6vOie0gKQ

Training footage is rarely a useful indicator of a player’s form, but this is significant as it sees Van Dijk putting full power behind his right knee as he strikes the ball.

The centre-back has been training outside for a lengthy period, and was seen taking in dynamic running drills and light ball work at Kirkby in the final weeks of the season.

But his time in Portugal looks to have seen Van Dijk transition into work closer to what Jurgen Klopp would describe as team training, which is a big boost ahead of next month.

Liverpool will begin their pre-season preparations on July 12, with Klopp welcoming a small first-team group back to Kirkby on the Monday, short of those on international duty.

Van Dijk is expected to be among those put through their paces on day one, with it likely that Gomez, Joel Matip and new signing Ibrahima Konate are also involved.

Trent Alexander-Arnold is another who is tipped to be part of the initial squad, having pulled out of the Euros due to a quad injury suffered with England.

A number of youngsters will also be involved, including right-back Conor Bradley, who is now in line for a senior promotion as Neco Williams weighs up a move away.