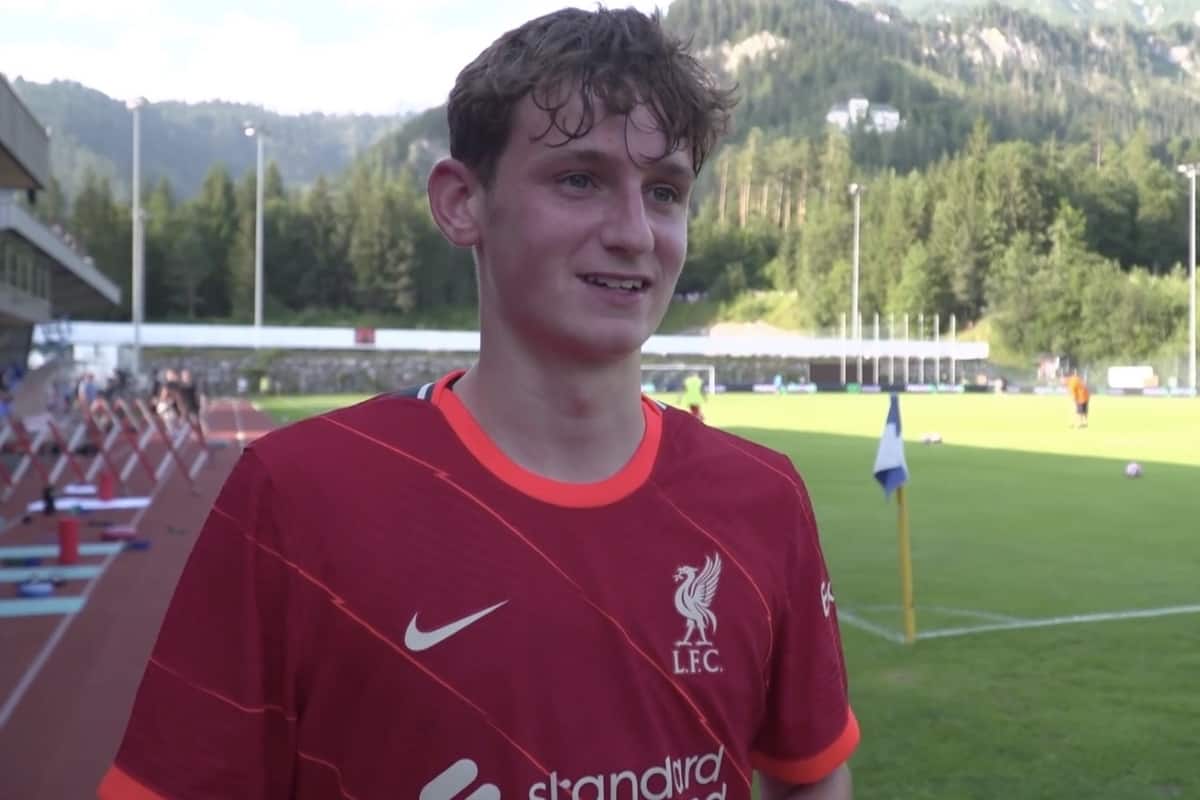 Tyler Morton has expressed his desire to play “as many minutes as he possibly can” after making an impressive first outing for Liverpool in their pre-season opener.

Morton, 18, was among the young Reds involved as Jurgen Klopp named two different lineups to play Wacker Innsbruck and Stuttgart in two 30-minute friendlies on Tuesday.

The midfielder lined up along under-23s peers Leighton Clarkson and Jake Cain in a three-man unit, with fellow academy graduates Owen Beck and Kaide Gordon starting in a side captained by Trent Alexander-Arnold.

Liverpool were held to a 1-1 draw, with Divock Origi‘s penalty cancelled out by Ronivaldo, and Morton was one of the standout performers in the opening friendly.

Speaking to LFCTV after the game, Morton assessed his display and insisted he feels he was able to “show all that he’s got” in a short maiden appearance for Klopp’s first team.

“I thought I did pretty well, attacking and defensively – a few sloppy moments, obviously,” he said.

“I only got 30 minutes to play so I had to show all that I’ve got and I think I did that quite well, to be honest, technically and defensively.

“But it’s a lot tougher than you think when you go out there. No matter who you’re playing against it’s going to be a tough battle.” 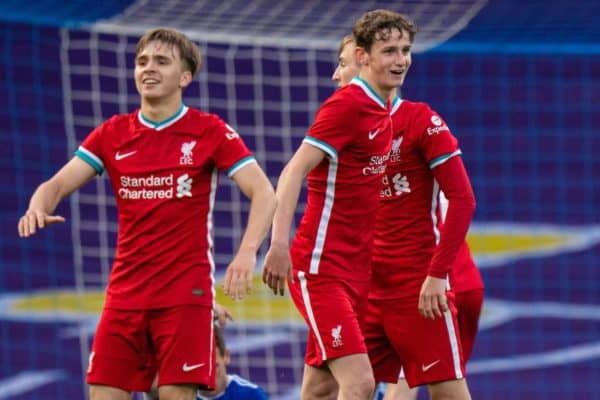 Morton is from the Wirral, and was spotted playing Sunday league football for Greenleas FC in Wallasey before joining Liverpool as a seven-year-old, advancing through the ranks while watching the Reds at Anfield every week.

“Me, my brother and my dad, we went to every home game, away game that we could go when I was little.

“We’re still going now and obviously to have them behind me, watching me, I’m proud to play for the club we all love.”

Having been given his first taste of senior football for Liverpool, Morton is now looking for “as many minutes as possible,” which could come in further friendlies against Mainz, Hertha Berlin, Athletic Club and Osasuna.

“If I get picked, if I don’t get picked, I’m going to keep a smile on my face because of where I am,” he said.

“I’ve got to conduct myself, but I’m just happy that I’ve got it out the way. I want more, I want as many minutes as I possibly can.”

He added: “I’ve found it a lot easier as it’s gone on and I’m happy to get my debut, no matter how many minutes it was. I’m just happy to play for the club I support, really.”