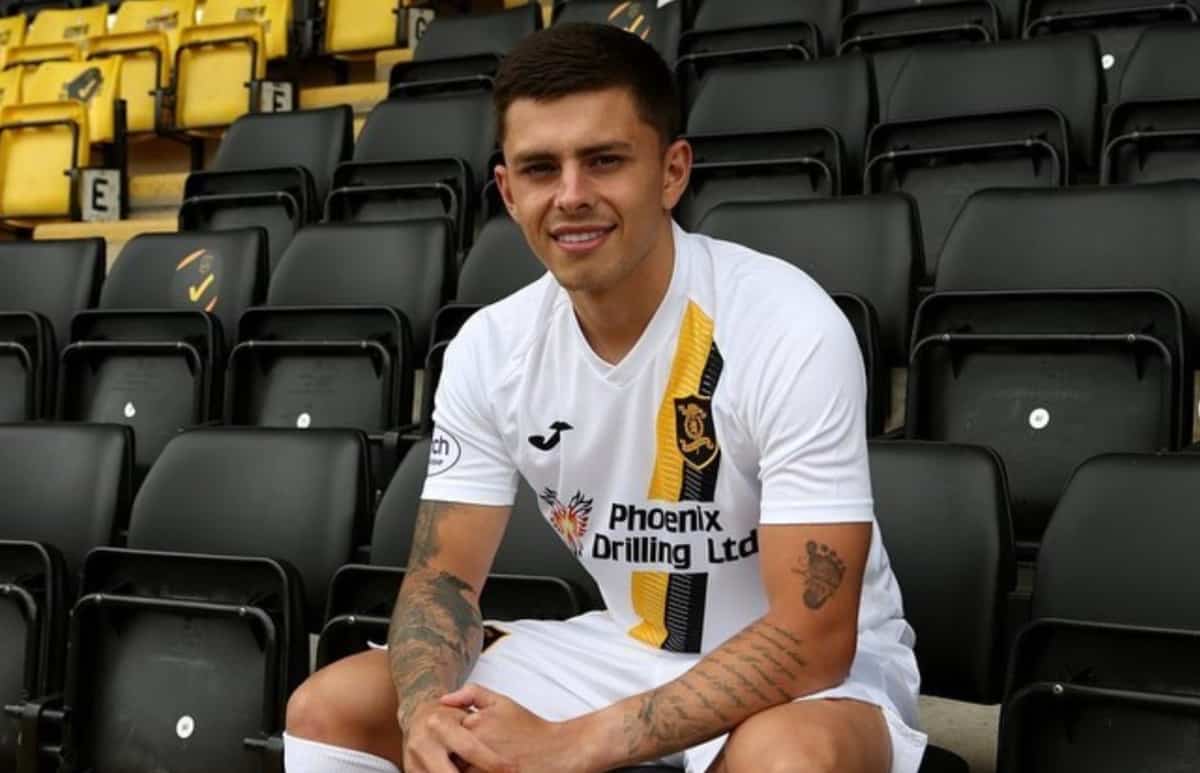 A full debut is under the belt for Adam Lewis in what was his first taste of Scottish football, having joined Livingston on a season-long loan deal.

But it was not at left-back where we have come to expect him to play, instead, Livingston manager David Martindale deployed Lewis on the right of midfield.

There had been hints that the 21-year-old would be given a license to explore further afield having impressed Martindale with his attacking prowess at Plymouth and his youth career.

“I talked to Liverpool and some other people, and the feedback was very positive, and I’m really really excited about what he can bring to the team,” Martindale said of Lewis.

“The quality of his ball and the range of passes are amazing. I look forward to what he can do for us this season.”

And Lewis made his debut in Livingston’s Scottish League Cup group stage opener having been named in the XI at Brechin City, where 250 fans were in attendance.

The Liverpool loanee was one of four new Livingston signings to make their debut on the day, with Lewis on the right of midfield in a 4-2-3-1 system.

Livingston were 1-0 up inside a minute as debutant Tom Parkes hit the back of the net, and Lewis had found Ayo Obileye from a corner but his delivery could not be converted.

A slow start in the second half would then make way for two more goals for Livi, with Obileye and Jackson Longridge making sure the match was to end 3-0 in their favour.

Lewis would play the full 90 minutes as Livi added three points to their tally in Group D of the Scottish League Cup, which is to see them face Alloa Athletic next up on Saturday.

A new position and a full pre-season under his belt, it’s a positive start for Lewis in what is his third loan spell in two seasons after a big learning experience with Amiens in France before he finished the 2020/21 season with League One’s Plymouth.

He is currently one of six Liverpool players on loan, with Sepp van den Berg, Paul Glatzel, Anderson Arroyo, Jakub Ojrzynski and Vitezslav Jaros all having made temporary switches.