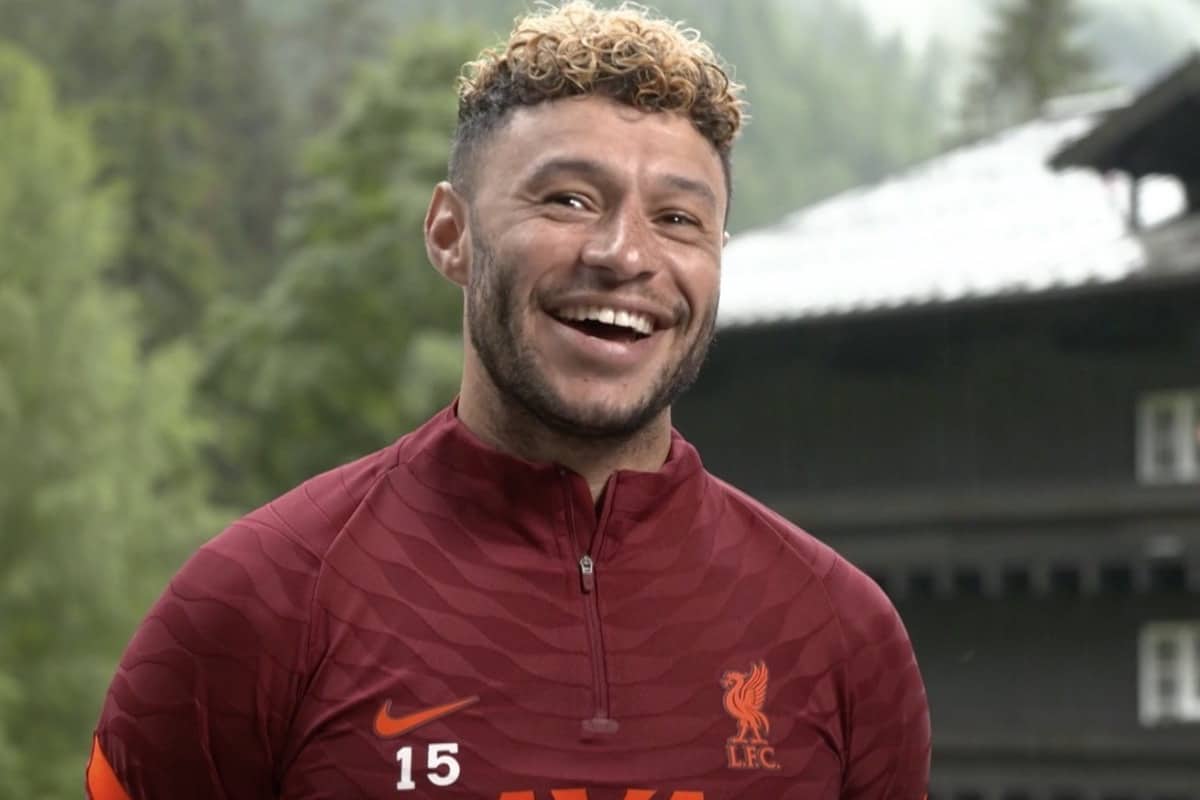 Alex Oxlade-Chamberlain is “confident” he can fill in for Roberto Firmino in a new role up front, having picked up experience at the end of an “unfortunate” season.

It was during Liverpool’s pre-season training camp in Austria last year that Oxlade-Chamberlain suffered a knee injury that curtailed his progress.

The 27-year-old missed the first four months of the campaign, and by the time he returned the Reds were in disarray due to injuries to Virgil van Dijk and Joe Gomez.

Unable to rotate as a result of the instability in defence, Jurgen Klopp could not afford players such as Oxlade-Chamberlain the game time they desired, with the No. 15 ending the season having only started two games.

But in a series of substitute appearances in the second half of 2020/21, Oxlade-Chamberlain was given a chance to impress up front, stepping in for Firmino.

And speaking to LFCTV, the Englishman said he was open to leading the line moving forward, though he remains “fixed on the midfield situation.”

“That sort of role that Bobby plays, the false nine, I think he’s the best in the business at it for us,” he said.

“And in attacking situations he makes it so much easier for Mo and Sadio or Diogo, just dropping deep and leaving spaces in behind for them and then attracting people, and then defensively as well.

“But the way that role is played, it’s almost similar to a No. 10, attacking-midfield role because you drop quite deep so in that sense I find it quite natural.

“I feel like I can run in behind from there as well and get in and around the box, and you get opportunities to shoot and score.

“So I don’t mind doing that role – but you know, I’ve still got my head more fixed on the midfield situation.

“But if I need to fill in and do that, then I’m confident that I can do that as well.”

Oxlade-Chamberlain could be forgiven for growing frustrated with his lack of exposure last season – he was an unused substitute 14 times and averaged only 16.8 minutes on the pitch per appearance – but he has taken an optimistic view.

“Obviously that was unfortunate, what happened there last season,” he said on his pre-season injury.

“But I was back around the end of November last year [and] I don’t think I really missed a day of training.

“I felt good and I felt strong around the back end of the season.

“Obviously I didn’t feature as much as I would have liked, but things were happening with the team at the time and the main thing for me was keeping fit and keep building up and to be ready.

“So I’ve come into this pre-season feeling pretty good and I’m just building on that. I don’t like to think too much of what’s happened in the past, that’s gone.

“Just live in the present and at the minute I feel good and I’ve just got to keep doing that.”