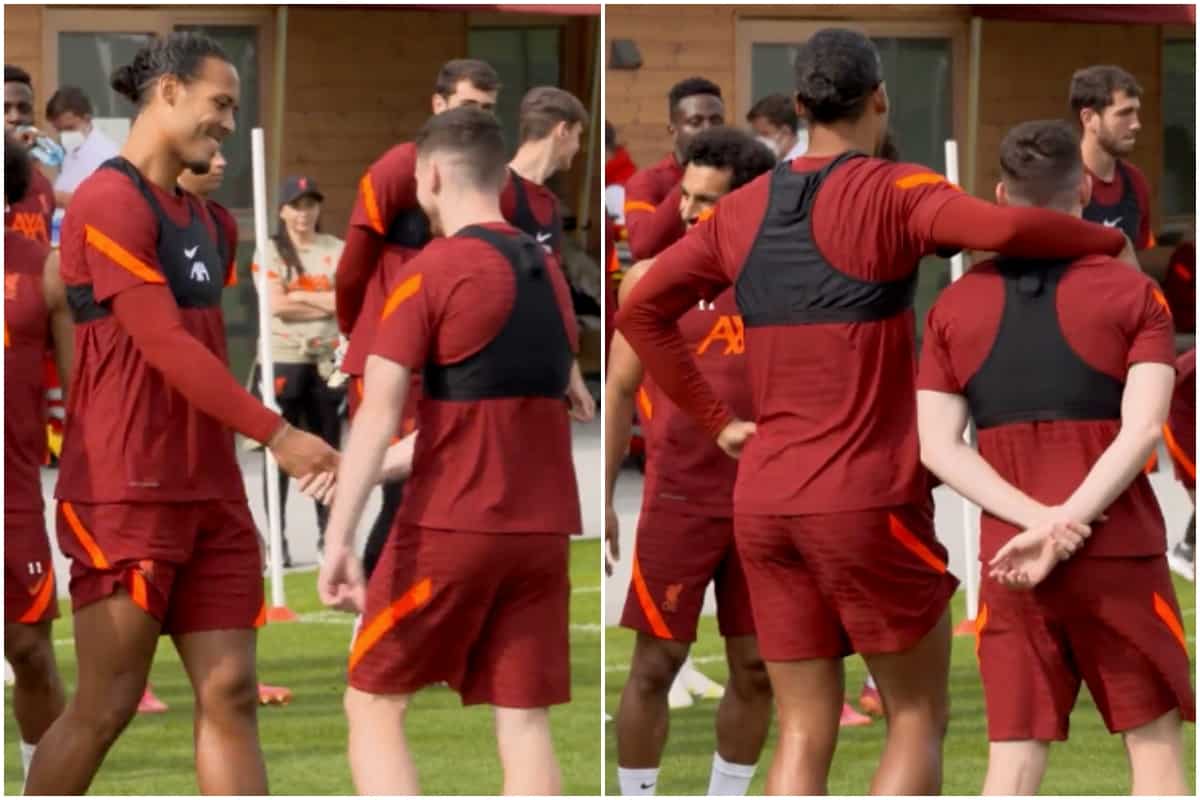 It’s been more than nine months since Andy Robertson and Virgil van Dijk lined up alongside one another, but the moment is drawing ever closer – much to their, and the fans’, delight.

The two have forged a formidable partnership on the left side of Liverpool’s defence, but it’s one that was forcibly placed on the shelf due to the Dutchman’s injury.

But now that Van Dijk is edging ever closer to making his return in a competitive setting and Robertson has rejoined the group following his summer break, the pair were reunited on the training pitch on Sunday.

It’s been a long time coming in more mays than one as Van Dijk only rejoined first-team training at the start of Liverpool’s pre-season, when Robertson was still enjoying his holiday after his exploits with Scotland at the Euros.

It certainly makes for a welcome sight as Jurgen Klopp starts to see his squad pick up the intensity ahead of their season opener on August 14.

And the next phase of pre-season sees the Reds take in the sights of Tirol, another picturesque location in the west of Austria that has already played host to a counter-attacking session.

It is where Liverpool will meet Hertha Berlin in their next scheduled friendly on Thursday at the Tivoli Stadion Tirol, and Robertson should be in line to feature from the bench – but it will not be alongside Van Dijk.

It’s a case of not playing into the risk and exercising caution as there is a full season ahead, but the hope is that he can play a part in one of the runouts at Anfield on August 8 and 9.

But that Liverpool’s left-side of defence are edging ever closer to being reunited in a competitive setting is a huge boost on the path to silverware this season.