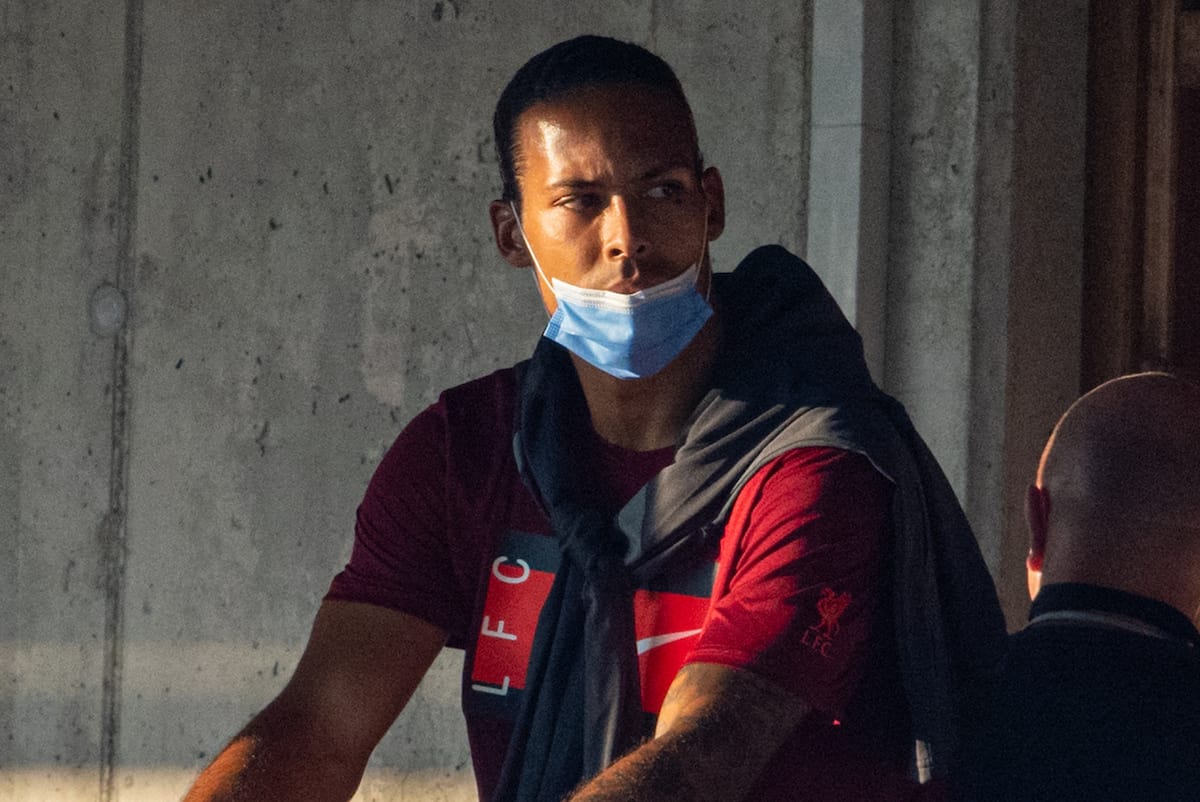 Virgil van Dijk‘s recovery process is heading into its 10th month and Liverpool remain cautious and patient. But why is that so important in the route back to playing games?

Since Van Dijk sustained his ACL injury last October, the process following his reconstructive surgery has been well-documented, from post-surgical stages to his work in the training room and most recently training with the squad in Austria.

Although there were some early rumours of the Dutchman potentially returning late last season – which I always found to be a bit farfetched considering the risk/reward of coming back from an anterior cruciate ligament injury too soon, especially for a key position and leader – those would be squashed by Jurgen Klopp.

And any rumours of Van Dijk returning for the Euros would follow the same path, as he would rule himself out for the Netherlands – very much the right decision considering the risk of dropping a player straight into a high-intensity environment.

The decision to hold Van Dijk back certainly made sense. Research clearly shows the longer you allow the surgically repaired anterior cruciate ligament to integrate and heal, the better off the player will be – and there is some research showing nine months may be the key mark in terms of reducing reinjury risk. 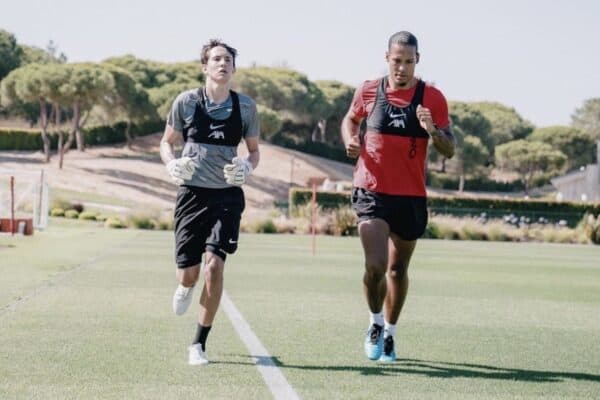 And Klopp stressed they will “not risk it” when it comes to the 30-year-old on Friday, as “we have to be patient” and “prepare for a full season, not a pre-season game.”

It means he isn’t to feature in the next friendly, but now that we’re into 10 months since the injury and Van Dijk is going through the return to play process, when will the centre-back actually be able to feature in games?

To understand that, we have to understand what exactly goes into the return to play process at the latter stages and what the Liverpool training staff may be looking for prior to clearing him.

Although there are multiple different paradigms at play here and every medical and training staff will have different specific metrics or key criteria they’re looking for, there are key underlying factors and principles that guide return to play following major knee ligament injuries. 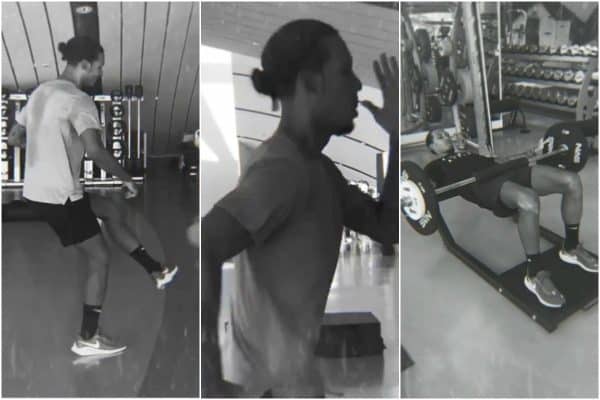 The first is specific to the knee itself. The training staff will constantly be assessing Van Dijk’s surgically repaired knee for how it responds to activity – particularly any increase in activity intensity.

For example, increasing sprint speed or change of direction speed – by gauging post-activity soreness and post-activity swelling. For the former, you’re looking for soreness that resolves within 24 hours and for the latter, you want very minimal swelling in the knee region.

These tests were likely used to clear Van Dijk to return to sports training in the first place but the training staff may be looking to really optimise them before return to match clearance.

From a movement perspective, the training team is assessing how Van Dijk is moving during his drills and particularly during multi-planar drills that require spontaneous movement and reactions. These drills emphasize the neuromuscular connection between the brain and body to create stability around the knee and coordination globally for the entire body.

Further, higher intensity activities like jumping and landing are being tested in multiple planes, looking for if the defender is able to control all phases of the leap and landing along with maintaining his balance.

Klopp recently mentioned that Van Dijk just began this high complexity, multiple phases of the game drills in the early stages of pre-season.

One of the most overlooked factors when returning from a long-term injury is simply regaining previous cardiovascular fitness levels, as in-game fitness simply cannot be replicated outside of it.

In Van Dijk’s case, that equates to 10 months of not having in-match fitness so the training staff will be using fitness benchmarks as an indicator of his potential in-game readiness.

These metrics are tested in numerous ways but the most recognisable may be the black vest that Liverpool players are often seen wearing during training, which measures key variables like heart rate. 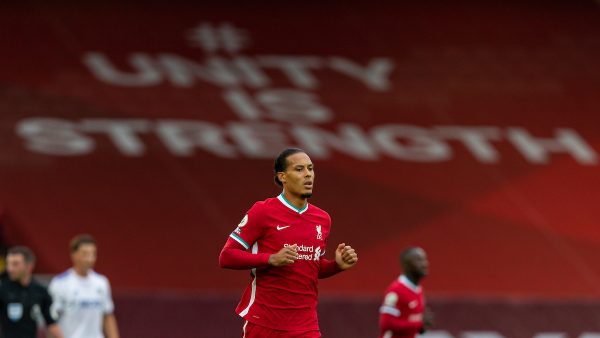 Last and certainly not least – and arguably the most subjective which makes it the most difficult – is the mental readiness part of the equation for Van Dijk.

More and more research is showing that following ACL surgery, kinesiophobia or “fear of movement or re-injury” is one of the last things to dissipate for athletes.

For that reason, it’s always important to observe if players are holding back on certain drills or avoiding contact. Is the Dutchman not going after that 50/50 ball in training or is he not putting that shoulder into the player when tracking a ball, etc.?

But Liverpool value and understand the psychological part of performance to the point they hired Lee Richardson to be their head performance psychologist. 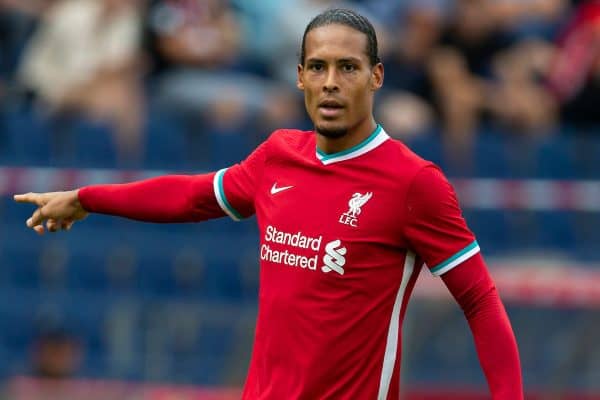 All these factors – and there’s certainly room for more – play a part in the decision-making process to clear Van Dijk for games or not. There’s still a large gap between ‘healed’ and ready for games, a bridge that the No. 4 currently finds himself strolling on.

The good news overall is that there’s no indication Van Dijk has suffered any setbacks in his training. But it’s apparent the medical and training staff are being extremely methodical with his return and trying to minimize as much risk as possible so when he does get back, he’s as close to 100% as possible (although you still expect some issues after returning).

Considering the importance and stature of the player – along with how well Joel Matip has progressed following ankle surgery and the arrival of Ibrahima Konate to provide some cover – it makes sense to be as confident as possible that Van Dijk is ready to play in-matches prior to clearing him.

You can’t skip steps or you create risk.