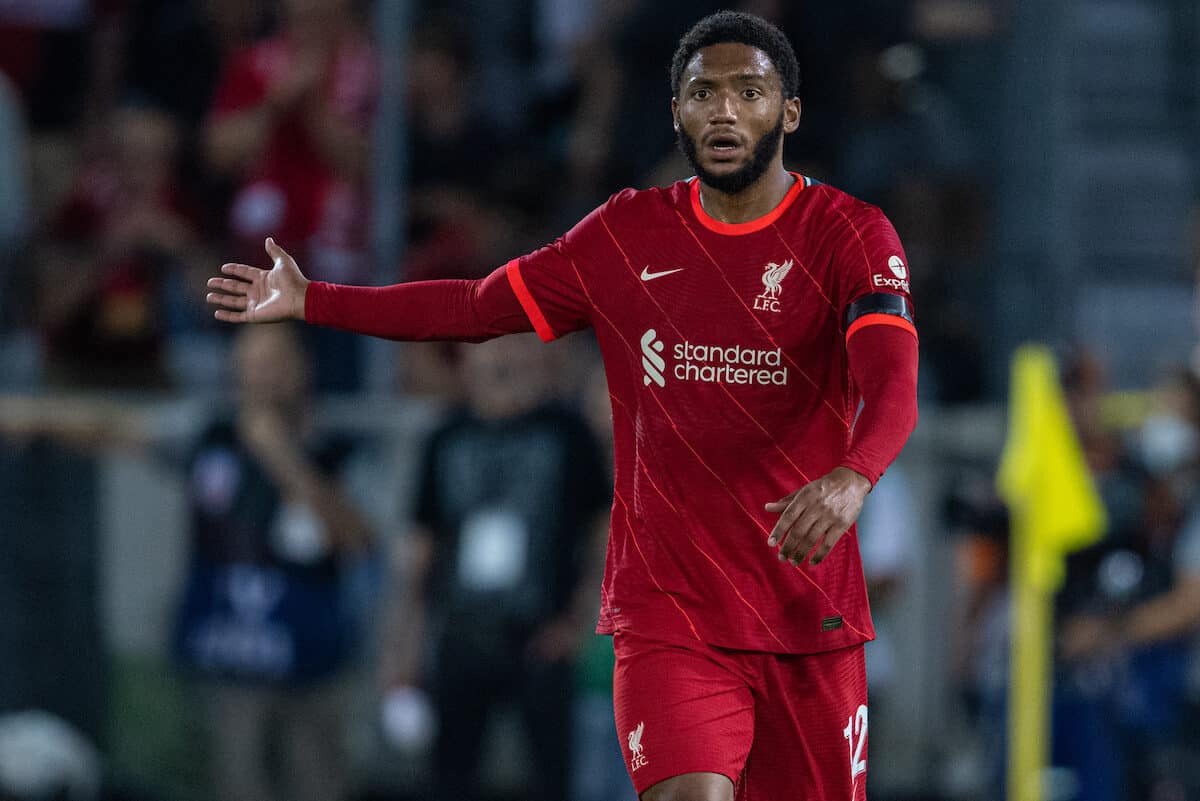 Joe Gomez joined Virgil van Dijk in making a long-awaited return for Liverpool, with the centre-back looking “onwards and upwards” following his comeback.

It was a long 261 days for Gomez between the knee injury suffered on England duty and his 20-minute cameo against Hertha Berlin in Austria.

The 24-year-old had Van Dijk – and later Joel Matip – for company in the treatment room at Kirkby, but after two serious injuries prior to his tendon damage in November, there would have been warranted concerns.

In his brief spell on the pitch against Hertha, Gomez looked very much the same player he was before his layoff, still with the burst of pace and assured physicality that have made him the ideal foil for Van Dijk at the heart of Liverpool’s defence.

There will have been a sense of relief as they both came through their first test unscathed, and this was reflected as Gomez took to Instagram after the 4-3 defeat.

“It’s hard to put into words my gratitude at having been able to put on the red shirt again,” the No. 12 wrote.

“It’s been a period that has severely tested me physically and emotionally. One that I don’t feel I would have come through without the support of those around me.

“A special thanks to the phenomenal surgeon, physios and rehab specialists who’ve guided me through this – each one of them knows how grateful I am.

“Big love to all the LFC family for your support and words of encouragement; that’s staff and fans.

“And most importantly to my wife and family, who are my reason to do it all. I’m thankful. Onwards and upwards.”