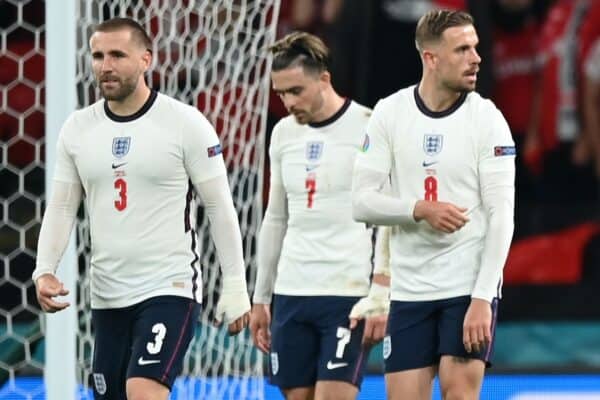 Jordan Henderson praised his England team-mates for bouncing back to beat Denmark and reach the Euro 2020 final but warned “we haven’t achieved anything yet.”

The Three Lions came from behind to see off Denmark 2-1 after extra time as Harry Kane slotted home the rebound from his saved penalty to put England into their first major final in 55 years.

Gareth Southgate’s side had to recover from falling behind for the first time in the tournament as Mikkel Damsgaard’s fine free-kick put the Danes on the front foot.

But a Simon Kjaer own goal soon levelled matters, with England going on to dominate as some fine Kasper Schmeichel saves kept the visitors in the tie.

Schmeichel would even save Kane’s 104th-minute penalty, controversially awarded for a foul on Raheem Sterling, only for the England captain to sweep home the rebound.

“It was a good goal, a fantastic free-kick,” Henderson said of Damsgaard’s opener.

“But I thought the lads reacted really well, sometimes that happens in football. You are going to concede a goal but it is how you react after that and I thought the reaction was good.

“We managed to get ourselves back in the game pretty soon after that, so that was an important period in the game and we came through it well.”

Henderson came off the bench during extra time and is now looking to add the European Championship title to Champions League and Premier League winners’ medals he has picked up in the last two years.

But, while the 31-year-old acknowledged the achievement of England reaching a first final since winning the 1966 World Cup, he knows the job is not yet complete as they prepare to face Italy at Wembley on Sunday.

“It means everything to us as a team and as a nation to be in a final for the first time in a long, long time,” he told beIN Sports.

“It is an unbelievable feeling but at the end of the day we haven’t achieved anything yet, we’ve got to go one more big push to try and win it, recover well and focus on the next job in hand, a tough game against Italy.

“We know how good they are, it is a tough test for us but one that we are confident of going out there and putting in a good performance.”