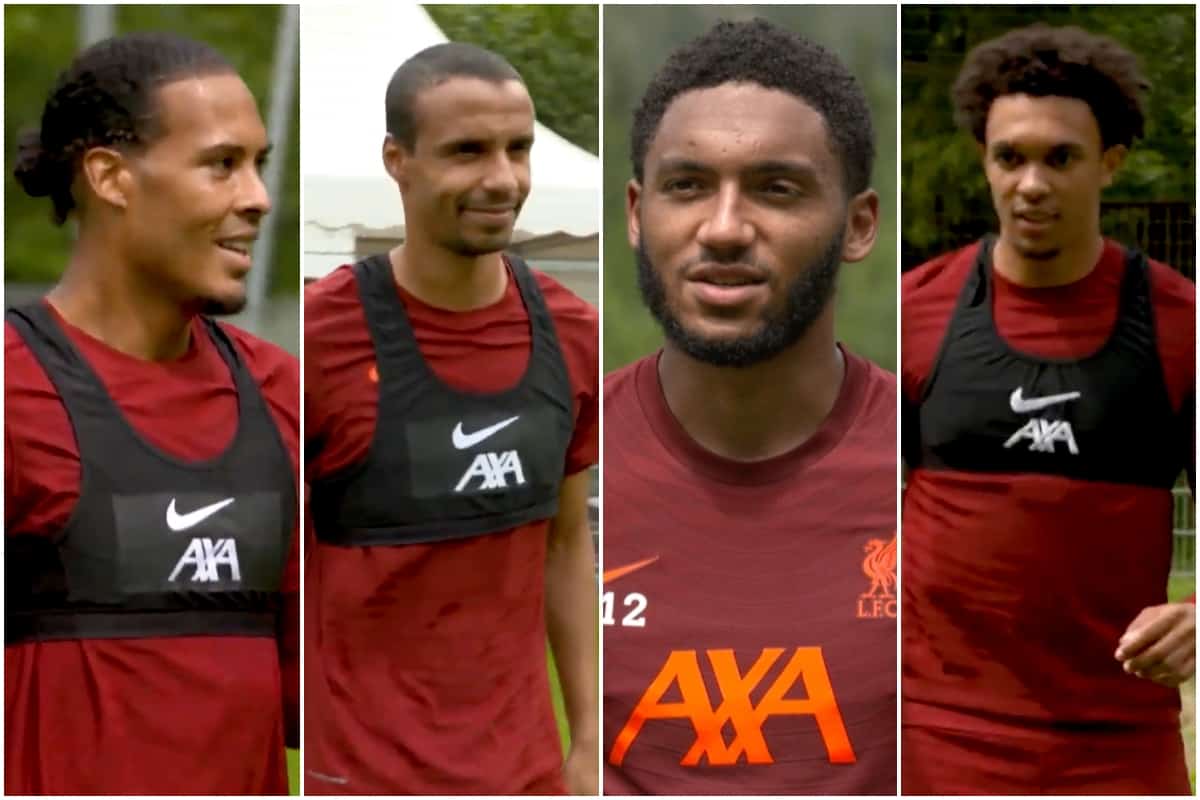 But the manager has acknowledged that each remains on their own timeline on a return to full fitness over the next few weeks.

You couldn’t have predicted what would unfold for the Reds in 2020/21 in regards to their injury toll, but Liverpool would find a way to provide themselves with a clean slate.

It leaves plenty to be optimistic about for the upcoming campaign, with Reds alike most notably enthused about seeing key members of the defence back in team training.

On Tuesday, Van Dijk, Gomez and Matip enjoyed a team training session long in the making following serious injuries that have kept them out of action, since October in the Dutchman’s case.

It’s been a long and tough slog and the rewards for their perseverance are slowly being reaped, but each are being carefully managed as they reintegrate back into the first-team set-up.

“No, they aren’t [at the same level as the others], but it’s different. Let’s start with: all four look really good, I have to say. Look really good,” Klopp explained to the club’s official website. 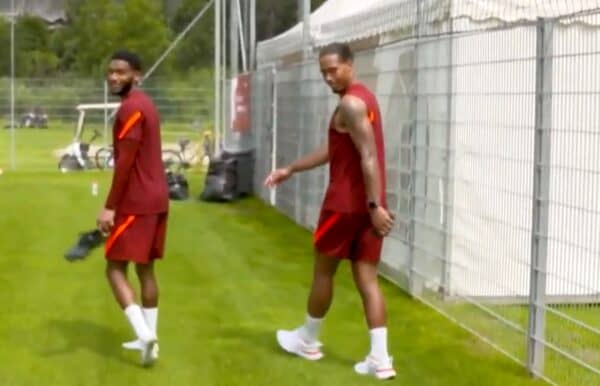 “So, especially Virg and Joe will not have double sessions now for the first few days with the team; they have a second session of the day but it’s with Andreas Schlumberger, with the rehab department, physiotherapy, these kinds of things. That’s for these two.

“[They] look really good. I don’t know exactly when we can make the next steps but it will happen in the next four weeks, for sure – we will get a big step forward.”

The timeline appears slightly shorter for Matip and Alexander-Arnold in regards to diving back into the thick of training and pre-season games, but caution rightly remains at the heart of their progress.

“Joel looks good, absolutely, he is the closest probably to normal training and then we will see when we get him started for playing,” Klopp added.

“Trent was a serious enough injury but now not a major one, I would say.

“But then in five or six or seven days, he should be in normal team training.”

Liverpool’s first pre-season match-up sees them partake in two 30-minute mini-games against FC Wacker Innsbruck and VfB Stuttgart on July 20, but from Klopp’s words, you would not expect any of the quartet to feature.