Liverpool have finally confirmed a handful of pre-season friendlies for this summer, with less than five weeks until the new season begins.

The Reds players not on international duty at the Euros or Copa America return to pre-season training on Monday, reconvening in Austria and not back on Merseyside as is the norm.

Jurgen Klopp‘s squad will be in Austria for four games, it will see them line up against FC Wacker Innsbruck, VfB Stuttgart, FSV Mainz 05 and Hertha Berlin.

They will each coincide with the Reds’ training schedule and as such the first date scheduled for fixtures, July 20, will involve two 30-minute mini-games against FC Wacker Innsbruck and VfB Stuttgart.

They will be behind closed doors, with the following two fixtures, including against Klopp’s former club in Mainz 05, played with limited capacity at the Greisbergers Betten-Arena and Tivoli Stadium.

Travel restrictions are in place and fans wishing to attend will need to check local regulations as to their eligibility to attend.

Further local fixtures in the UK are to be announced in due course, with at least one friendly at Anfield expected in August. 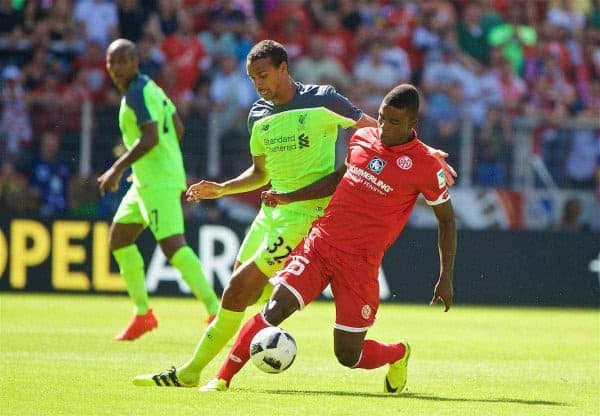 All games will be shown live on LFCTV.