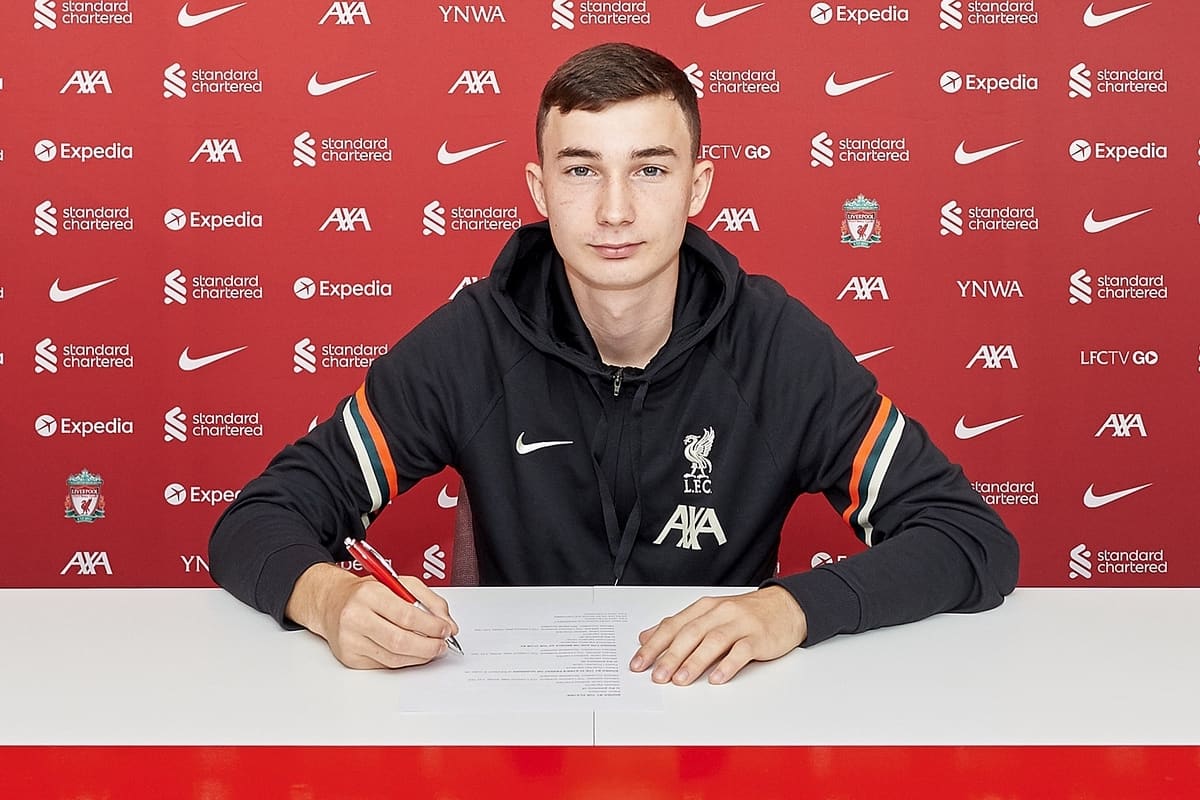 Liverpool have confirmed that academy winger Mateusz Musialowski has signed his first professional contract with the club, having joined the first team for pre-season.

Musialowski is heading into his second season with Liverpool, having made a big impact with the under-18s following his move from SMS Lodz last summer.

In 26 appearances for the young Reds, Musialowski scored 12 goals and laid on five assists, giving a taste of the talent that has earned him the nickname of ‘the Polish Messi’ in his homeland.

Only Max Woltman (21) and Layton Stewart (20) contributed more goals than the 17-year-old last season, which is particularly impressive given it was his first campaign in a new country.

He has followed that up by being named in Jurgen Klopp‘s travelling squad for the pre-season training camp in Austria, where he is currently working alongside the likes of Mohamed Salah and Sadio Mane.

Before heading to Salzburg, Musialowski put pen to paper on his first professional contract with the club, ahead of a possible step up to the under-23s in 2021/22.

The deal follows similar announcements for Harvey Davies, Luke Chambers and Oakley Cannonier, with Musialowski’s commitment likely to be an exciting one for supporters.

According to The Athletic‘s James Pearce, it is a three-year deal that ties him to Liverpool until 2024. 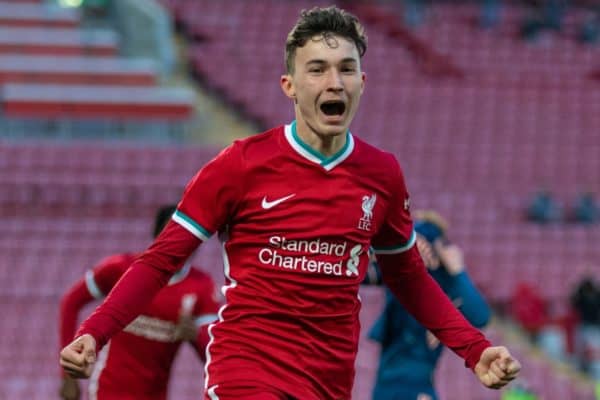 Comparisons with Lionel Messi are, of course, premature, but they serve a purpose in highlighting the type of player Musialowski is.

The young Pole is a confident, tricky winger who can also play as a No. 10 or even at centre-forward, with his dribbling ability and eye for goal making him a devastating outlet in a variety of roles.

“I love to take the ball, just dribble through everyone. This is my style of playing football,” he told LFCTV‘s The Academy show in March.

“When I dribble the first player, I feel more confident, but when I just start running, I just go.

“Coaches from Poland and here never told me to stop, so that’s why I continue!”