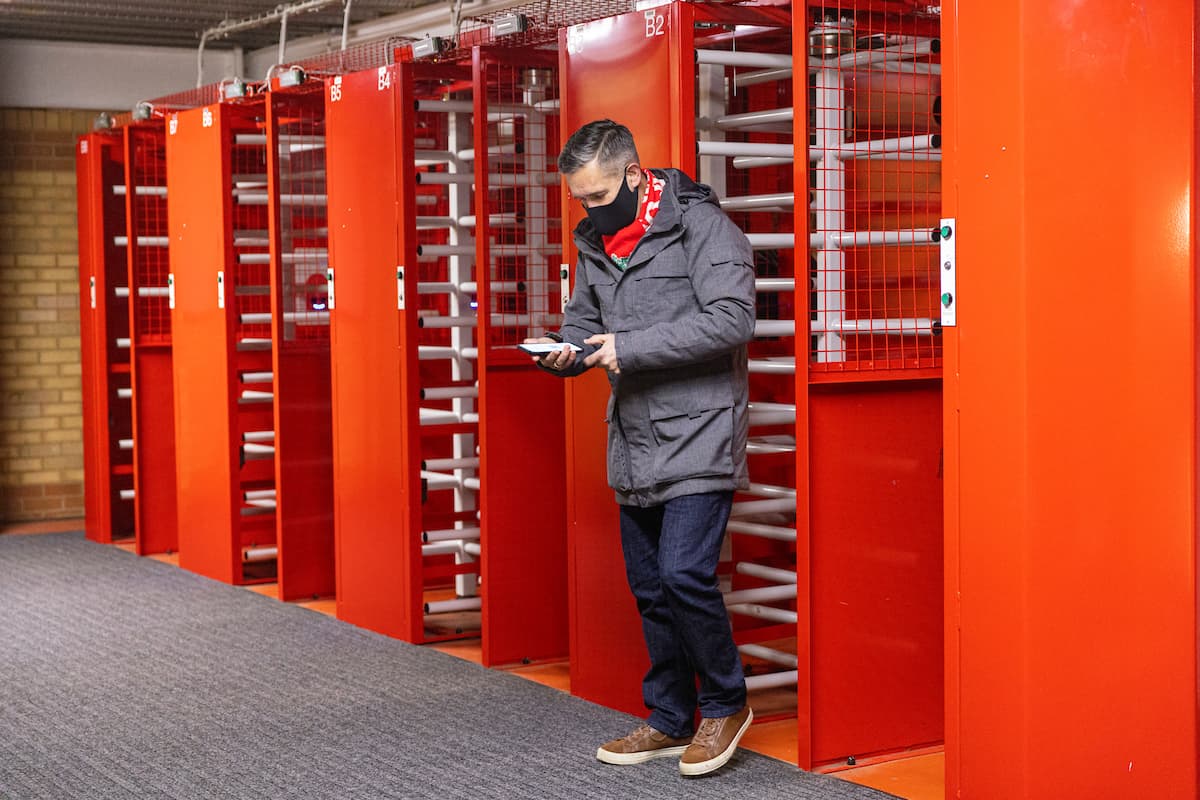 Liverpool FC have announced changes regarding matchday entrance to Anfield and the process with which fans use tickets, as the Premier League prepares to admit supporters to full-capacity stadiums once more.

After a year of soulless grounds and hearing managers shout at underperforming players – the latter rather more entertaining than the former – Euro 2020 gave us a reminder of what football is really about.

Great atmospheres, goals being celebrated as they should be and memories for the lucky few inside – the Wembley final aside, perhaps – served as an appetite-whetter ahead of the 2021/22 season.

Liverpool will welcome back Kopites in their droves, all being well, and with that in mind the club have implemented a few new plans which have been in the works.

The first concerns season ticket holders, who are required to access the stadium via their phones:

All season ticket holders will be required to download an NFC digital pass onto their smart phone by Monday July 26 in order to gain access into Anfield during the new season.

Alternative arrangements will be made for fans who do not have NFC-capable mobile devices, but the intention is to have these replace card and paper ticket access.

Secondly, a change is being brought in on a trial basis to allow fans to fill their seats even if they cannot attend.

The club is launching a new scheme that gives season ticket holders and Members an opportunity to transfer their ticket(s) to a member of their friends and family for home Premier League and cup games, should they be unable to attend matches themselves. For season 2021-22, you can link up to 20 friends and family members to your supporter ID account and must do so by Wednesday August 11 to be able to transfer your ticket to one of them, if unable to attend a fixture.

No changes can be made to your list after that date and the policy will be reviewed before 2022/23 alongside fan groups.

The club confirm that if matches are reduced capacity in future, this transfer scheme will not be able to be used.

Details on ticket purchases through Members sales and the new ballot sales should become clear in time for the week commencing 2 August, when they will be made available for supporters.

Further details on the changes are available here. Supporters are urged to make the necessary arrangements in good time if either of these changes affect their plans for the forthcoming campaign.