Liverpool midfielder Elijah Dixon-Bonner is currently on trial with League One club Portsmouth, featuring in their 3-3 pre-season with Bristol City earlier this week.

Dixon-Bonner is heading into his seventh season with the Reds, having joined the academy in 2015, making the move from boyhood club Arsenal.

Rising through the ranks from under-15s level, he is now one of the senior players within Liverpool’s youth system, with the 20-year-old making 20 appearances last term.

With the likes of Leighton Clarkson, Jake Cain and Tyler Morton making a breakthrough, however, Dixon-Bonner finds himself struggling to break into the first-team setup and in need of senior exposure.

That may come with Portsmouth, who are considering a variety of trialists this summer ahead of permanent or loan moves for the campaign ahead.

Dixon-Bonner is one of those, with the youngster looking to impress manager Danny Cowley in order to earn a season-long switch to Fratton Park, where he could gain vital experience.

Tuesday saw Portsmouth head to Bristol City for a pre-season friendly played over 120 minutes, with Dixon-Bonner wearing the No. 21 shirt for the second hour of a 3-3 draw.

The midfielder impressed with his tidy play and industrious work rate but it remains to be seen if he will be subject to an official approach, with summer trials standard practice for players looking to earn moves. 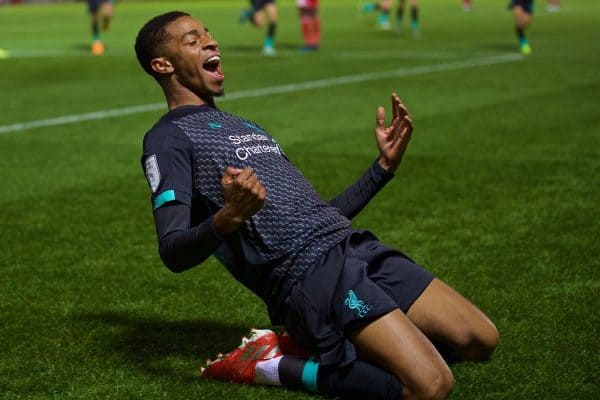 A loan switch to League One would certainly benefit Dixon-Bonner, who so far has no first-team experience bar an appearance as a stoppage-time substitute in the 1-0 win over Shrewsbury in the FA Cup in 2020.

That game was managed by Neil Critchley, rather than Jurgen Klopp, with an under-23s side fielded as the senior squad were on their winter break.

Vitezslav Jaros is still on loan at St Patrick’s Athletic, and the likes of Clarkson, Cain, Morgan Boyes, Tony Gallacher and Luis Longstaff could also be set for temporary moves in 2021/22.