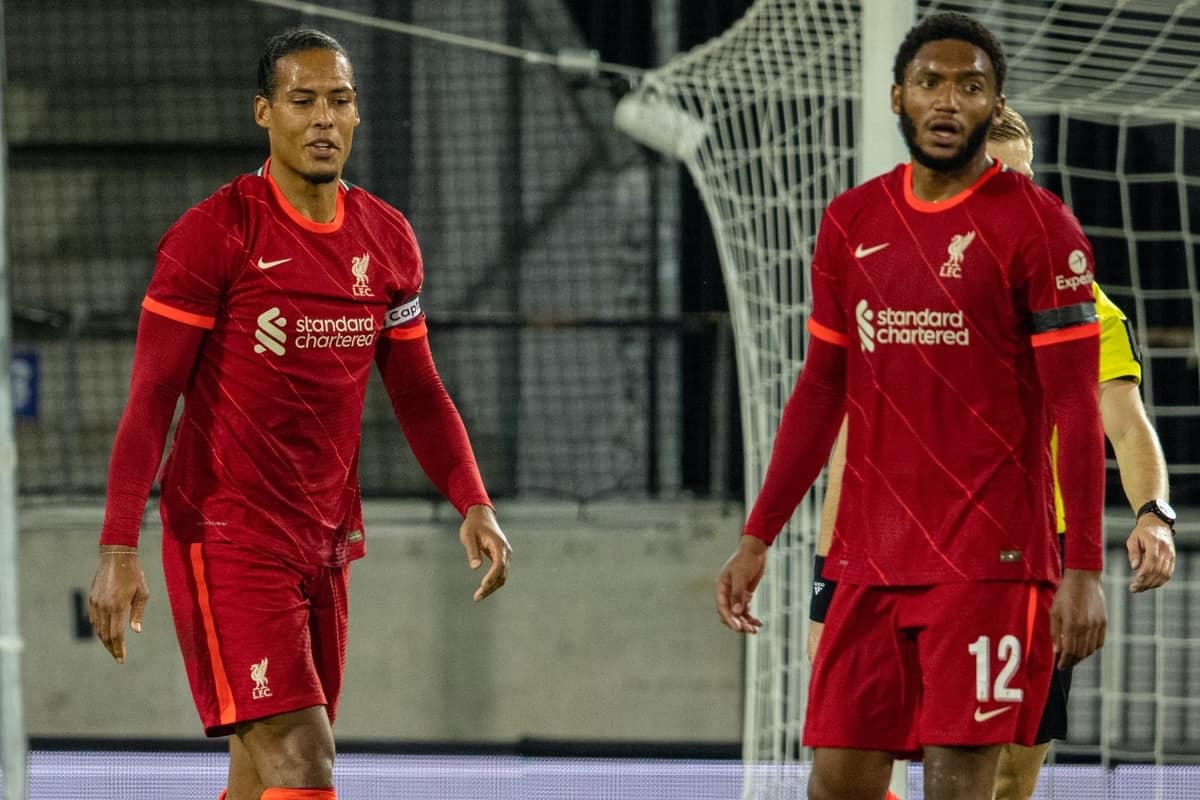 The return of Virgil van Dijk and Joe Gomez against Hertha Berlin was a big boost to Liverpool fans, but also the squad themselves, who “loved” having them back.

Thursday night’s 4-3 loss to Hertha was a valuable exercise for the Reds as they gear up for the new campaign, but the majority of the focus was on two players.

Van Dijk and Gomez were named in the squad for the first time since last year, and made their comeback alongside one another as they replaced Nat Phillips and Rhys Williams for the final 20 minutes in Innsbruck.

It was a solid showing from the pair, who gave the Reds a lift with two weeks before the Premier League opener away to Norwich.

There is still a long way to go for Van Dijk and Gomez, and it is unlikely they start at Carrow Road on August 14, but their involvement is a positive sign as Jurgen Klopp looks to challenge for the title again.

Liverpool now have eight centre-back options at their disposal at first-team level – albeit with Billy Koumetio likely to return to the under-23s and Ben Davies absent from the squad – which is far removed from the nightmare of 2020/21.

But more importantly, they have two key figures back among the group, with Van Dijk wearing the captain’s armband on his return, and the squad took to social media to laud the comeback of the Dutchman and Gomez:

Couldn’t be happier to see these two back out on the pitch ?#mentalitymonsters #YNWA pic.twitter.com/2QJdSZIq60

Another good run out! Loved seeing @virgilvandijk and @J_Gomez97 back out there as well?? pic.twitter.com/UwtcL0yCSm

Speaking to LFCTV, Alex Oxlade-Chamberlain reflected on the “hard work” required to return from serious injury as he welcomed back “two characters that are massive for the team”:

“It was a nice moment to see them come on, it took my mind off the fact that it was red hot and I was blowing out my backside!

“Nice seeing them come on and clapping them on, I’m absolutely delighted for them.

“Obviously, I know full well what they’ve been through – to an extent, everyone’s journey is a bit different.

“I know how much hard work they’ve put in, they’ve been a little tag team helping each other through. To see them come back at the same time, I’m absolutely delighted.

“They’ve been really good in training, looked really sharp, obviously now it’s just the fitness and the durability that they’ll build on.

“It’s a massive, massive asset to have them back on the pitch and in and around the team as well, because they’re both two characters that are massive for the team.”

Next up for Liverpool is a pair of 60-minute friendlies against Bologna as they move to a new training camp in Evian, before back-to-back games against Athletic Club and Osasuna at Anfield.

Those pre-season clashes will give Van Dijk and Gomez more opportunity for build up fitness and sharpness as they look to reclaim their first-choice roles in Klopp’s side.