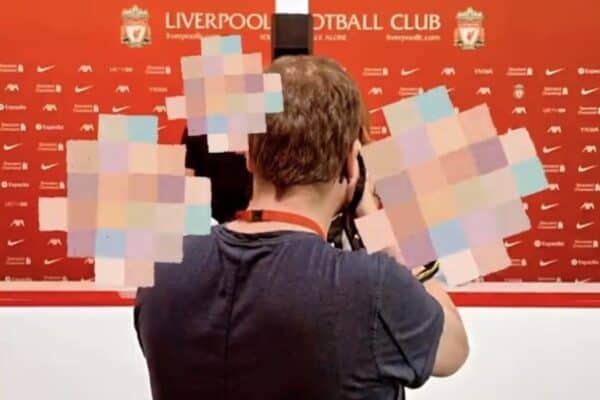 Liverpool to announce deal next week, claims agent – here’s the most likely outcome

Liverpool will make an “official club announcement next week,” according to one agent, though it may not be the new signing some supporters are expecting.

It has so far been a steady transfer window for the Reds, with Ibrahima Konate the only new signing while Gini Wijnaldum was one of seven players released.

Paul Glatzel, Sepp van den Berg and Adam Lewis have all left on loan, with Liam Millar the next player due to depart having agreed a £1.3 million move to Basel.

Speculation continues over further signings in midfield and attack, with a shortlist of names reported for both positions including the likes of Renato Sanches, Florian Neuhaus and Ollie Watkins.

Friday saw football agent Saad Wadia share behind-the-scenes footage of a visit to Kirkby, including an official club cameraman taking photos of a player signing a contract, flanked by his family.

Fans have responded with a variety of suggestions of whom the player could be, with the most popular being an unveiling for Konate or a sixth addition of the summer to the LFC Women’s side.

But the most likely outcome is possibly less exciting for most, though it could be a hugely positive deal for the club moving forward.

Wadia is a representative of Avalon Sports Group, which works with Liverpool’s International Academy in India and counts Ian Rush as an ambassador and talent mentor.

More telling, though, is that Wadia’s only active clients appear to be Rush, who he serves as manager, and the Reds legend’s great nephew, Owen Beck.

Beck has been with Liverpool since arriving from Stoke at under-13s level, and is now an established starter for the under-23s, having made 22 appearances last season, scoring one goal and assisting five.

The Wales under-21s left-back has trained with the first team on a number of occasions, and is likely to be given a chance with the senior squad in pre-season due to the late return of Andy Robertson.

This, it would seem, will be preceded by the announcement of a new long-term contract with the club, having last agreed terms with Liverpool in November 2020.

So while it may not be the eye-catching new signing supporters are hoping for, Wadia has hinted at a bright development for the Reds’ future.