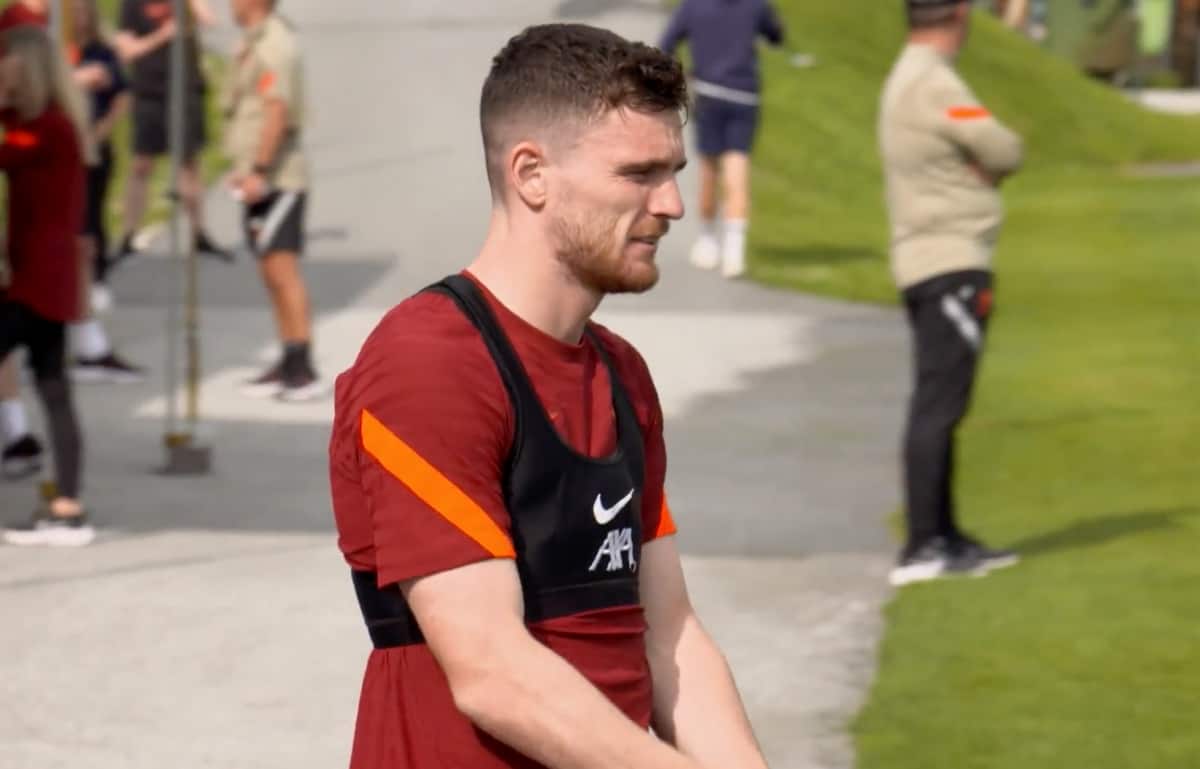 Liverpool’s pre-season preparations are to be handed yet another boost as Diogo Jota and Andy Robertson are set for game time, while others up the ante to 60 minutes.

Now at the halfway point of their training camp in Austria, the intensity continues to build as the foundations for the season ahead are carefully laid.

Jurgen Klopp has already injected minutes into the legs of the majority of his squad with two 30-minute mini-games preceding the victory over Mainz.

But Thursday evening will herald another important stepping stone for the Reds, as Klopp has confirmed that both Jota and Robertson are to play their part following their arrival late last week.

The No. 20 was an unused sub against Mainz but he will get his first run out against Hertha Berlin on a day that should also prove to be a landmark one in the return of Virgil van Dijk.

Having earlier confirmed that the Dutchman is in line for minutes in his first outing since his injury back in October, Klopp provided another valuable squad update on Jota and Robertson.

“They will have minutes, that’s the plan. They obviously trained completely normal all the time now and we try to involve them,” Klopp told the club’s official website.

But they are not to be named as part of two different XIs at the start of each half, as the playing load for senior players is to increase with less than three weeks until the opener.

“For some of them it’s the plan,” Klopp continued. “Some of them are ready for 60 minutes, it will be hard for them definitely but it means then others play 30 minutes and stuff like this, or even maybe 20 minutes and these kind of things.

“We try. Pre-season is about trying, it’s a proper, proper challenge to make all these individuals to bring them in the best possible physical shape and make us more ready or stronger as a team.

“Unfortunately, football is not like cycling, so you don’t miss it completely but the pedals and stuff like this just go away so quick that’s incredible. So we have to work on that again, that’s what we do.”

Liverpool are still to welcome back Thiago, Jordan Henderson, Alisson, Fabinho and Roberto Firmino, all of whom are to return by August 2, but Xherdan Shaqiri looks to be heading for the exit.