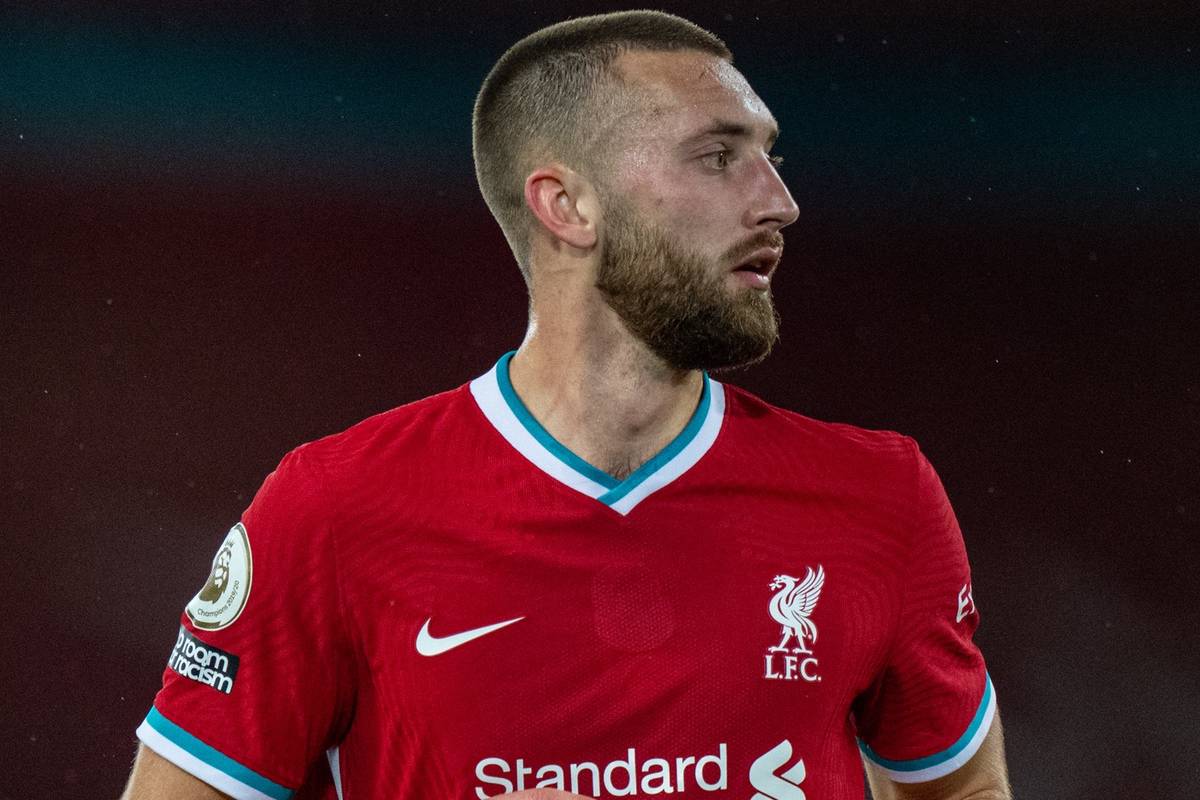 Nat Phillips‘ representatives have received an approach from Bundesliga side Bayer Leverkusen, with Liverpool open to selling their centre-back for around £15 million.

After his impressive 20-appearance campaign for the Reds last season, Phillips finds himself back on the periphery as Ibrahima Konate settles in and Virgil van Dijk, Joe Gomez and Joel Matip return from injury.

The 24-year-old sat out of Tuesday’s friendlies against Wacker Innsbruck and Stuttgart, with no explanation for his absence as Ben Davies and Rhys Williams were given a chance.

It could be that Phillips simply suffered a minor fitness issue in training, with Curtis Jones, Caoimhin Kelleher, Ben Woodburn and Mateusz Musialowski also missing out.

But there is a chance he is being preserved ahead of a summer transfer, with Brighton among the clubs pursuing a player Liverpool value at between £12 million and £15 million.

The Seagulls are expected to make an offer for the ex-Bolton youth following the sale of Ben White to Arsenal, but now Sky Sports suggest they will have competition from the Bundesliga.

Bayer Leverkusen, who have also been linked with Reds winger Sheyi Ojo, are claimed to have registered their interest with Phillips’ agency, Murdock Sports Group.

Phillips already has experience of life in Germany having spent the 2019/20 campaign on loan with Stuttgart in the 2.Bundesliga, and could fit in well at Leverkusen.

Leverkusen, who finished sixth in last season’s Bundesliga to secure a place in the Europa League, have already seen centre-back Aleksandar Dragovic leave for Red Star Belgrade this summer without bringing in a replacement.

Edmond Tapsoba and Timothy Fosu-Mensah will miss the start of the season through injury, leaving manager Gerardo Seoane with Jonathan Tah, Tin Jedvaj and Panagiotis Retsos as regular options at the back.

Whether the Bundesliga side would be willing to meet Liverpool’s valuation of their No. 48 remains to be seen, with Sky Sports reporting that “no bid has been received” yet.

The Reds are working to move on a number of fringe players in the early weeks of pre-season, with Marko Grujic and Taiwo Awoniyi departing for a combined £17 million.

Any move for Phillips could open up a registration issue for Liverpool, however, as he qualifies as a homegrown player and his departure would reduce Jurgen Klopp to seven of a required eight for a full Premier League squad.