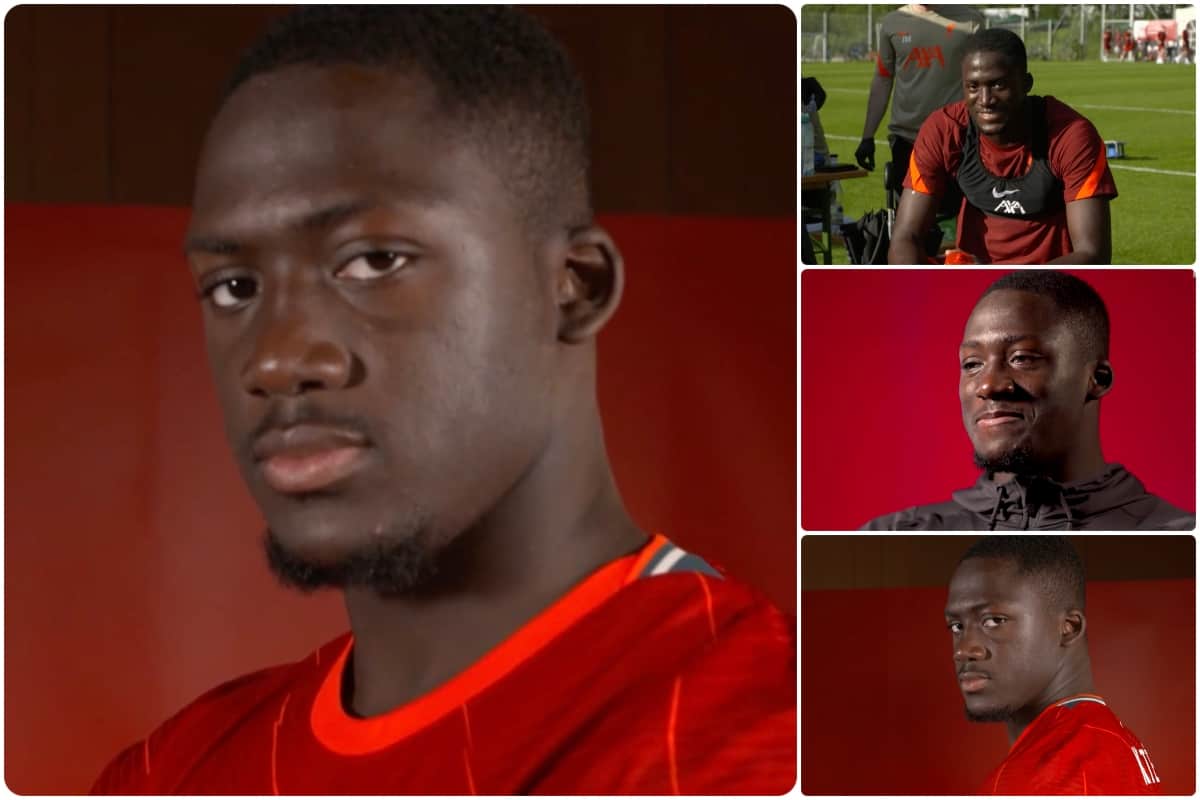 Ibrahima Konate has given his first big interview since joining Liverpool and has detailed for fans what to expect from him – and how he came up with the idea for his reveal video!

The centre-back is our only senior signing of the summer so far and there will be plenty of expectation on him to help improve the back line this term.

We’re yet to get a glimpse of him on the pitch but pre-season matches are closing in and soon we’ll see what he’s capable of on the pitch.

Off it though…he clearly has an eye for a bit of flair! His reveal video before he had even set foot on Merseyside, complete with smoke, lots of red and a whole lot of friends, was an instant hit among supporters.

So how did it come about?

“With the Covid situation it was difficult to come to Liverpool,” he explained. “I had this idea for a long time. It was good because it was Liverpool with the red colour and I did this video in three hours and it was very, very great for me, my friends and my family – and for the club too. I did it alone but my brother and sister came to see, but they were not on the video.”

Asked about why he picked the No5 shirt, Konate explained that the number itself wasn’t poignant for him – but he was fully aware of what has come before him in that jersey, with Gini Wijnaldum a title-winner and Champions League winner for the Reds before departing this summer. 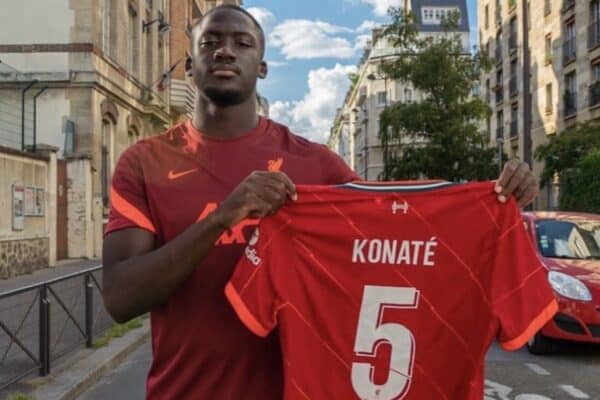 Konate wants to do it justice – and gave fans an insight as to how he’ll do that with his strengths on the pitch.

“No, I think it’s an important number for this club. A great player had this number before me. I have not pressure but a little bit of pressure because I have to improve for the future. I hope I will do great things with this number.

“I am big, I am strong and I am not scared with the ball! I can score more with my foot than my head, it is a little bit strange! This is me! Yes, I have this quality, but I have to work again and again and more and more and more for being a very good defender.”

Konate comes across as particularly open and friendly in the interview and made frequent references to his family – clearly a vital part of not just his upbringing, but his persona and approach to his football life, too. His nickname – we’ll see if it really catches on among fans after he starts being involved – has been with him from young and was adopted by his previous club, too.

“Yes, ‘Ibou’ [is my nickname] because when I was young, every time my mother would call me ‘Ibou, Ibou’. When I was on the first day in Leipzig, she was with me and she would say every time, ‘Hey, Ibou… Ibou… Ibou…’ and Ralf Rangnick asked, ‘Why ‘Ibou’?’

The implication is clear: Rangnick wanted it to be a family environment at Leipzig and wanted his new player to be comfortable. The same can very much be said of how Klopp goes about his team-building process, and he has always had a close relationship – including regular nicknames such as Milly, Bobby, Ali and so on – with those in his squad.

Hopefully, Konate – or Ibou, if we prefer! – is the next big part of that successful group.