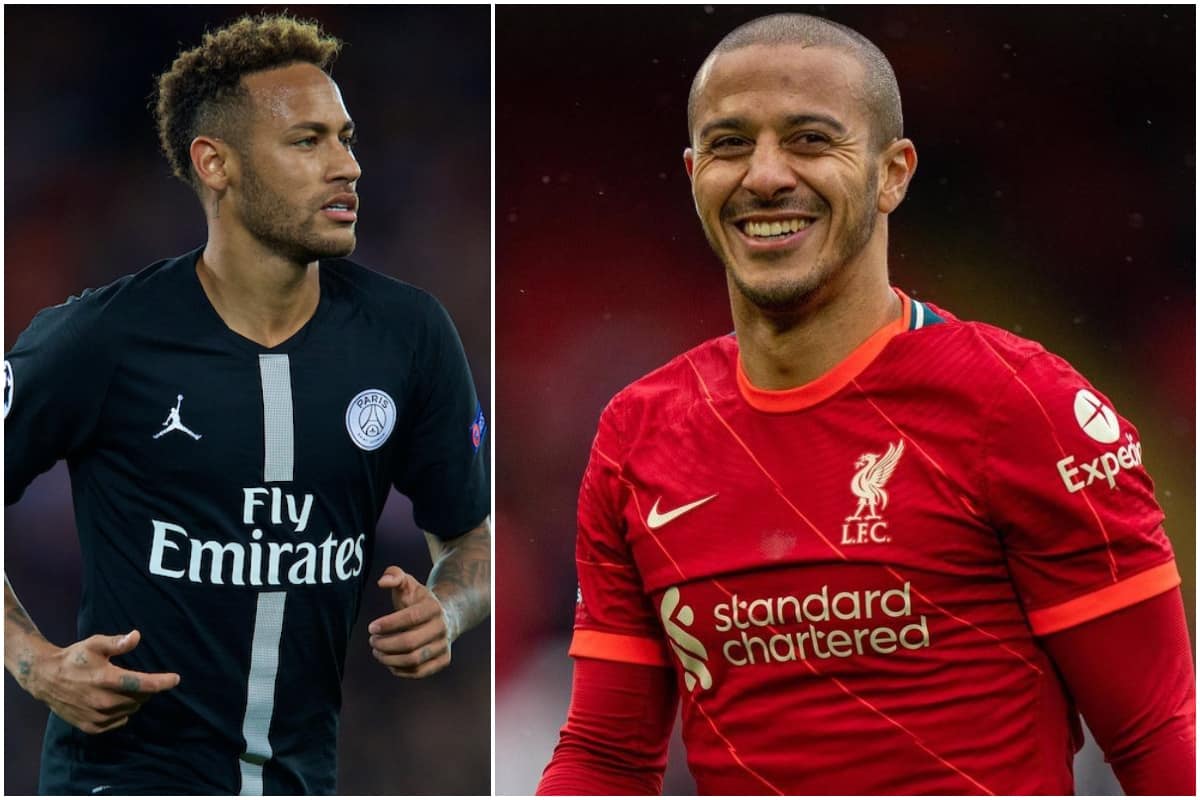 In his 30 appearances for Liverpool to date, Thiago has made quite the impression and the prospect of what is still to come is an exciting one for Reds.

And his ability is not lost on Neymar, who has faced off against the Spaniard on five different occasions at club level throughout his career – losing three of those clashes, including a Champions League final.

The two have both played for Barcelona but were passing ships, with Thiago having departed in the year that Neymar arrived back in 2013.

It means they have been limited to time on the pitch as members of the opposition when playing with the likes of Santos, Barcelona, Bayern Munich and Paris Saint-Germain.

Thiago‘s touch and execution makes him a world-class operator and while he experienced a slow start at Anfield, there was never any doubt over what he could bring to the team.

The 30-year-old is one who will see an opening before others can react and constantly leaves an impression, and Neymar named him as one of five players he would consider more technical than himself.

Although, he was a bit hesitant to do so when asked to make the five-man list.

“More technical than me? I don’t know if I can answer that! With all the humility in the world, I consider myself one of the most technical players in football today,” Neymar told Oh My Goal.

“More technical than me… Thiago!”

It’s not hard to see why Neymar would select Thiago, with Liverpool’s No. 6 widely considered one of the world’s best in his position and he was chosen in good company.

Neymar’s antics can often take away from what he is capable of and so the question is, where would you rank Neymar within his five-man list when assessing technical ability?