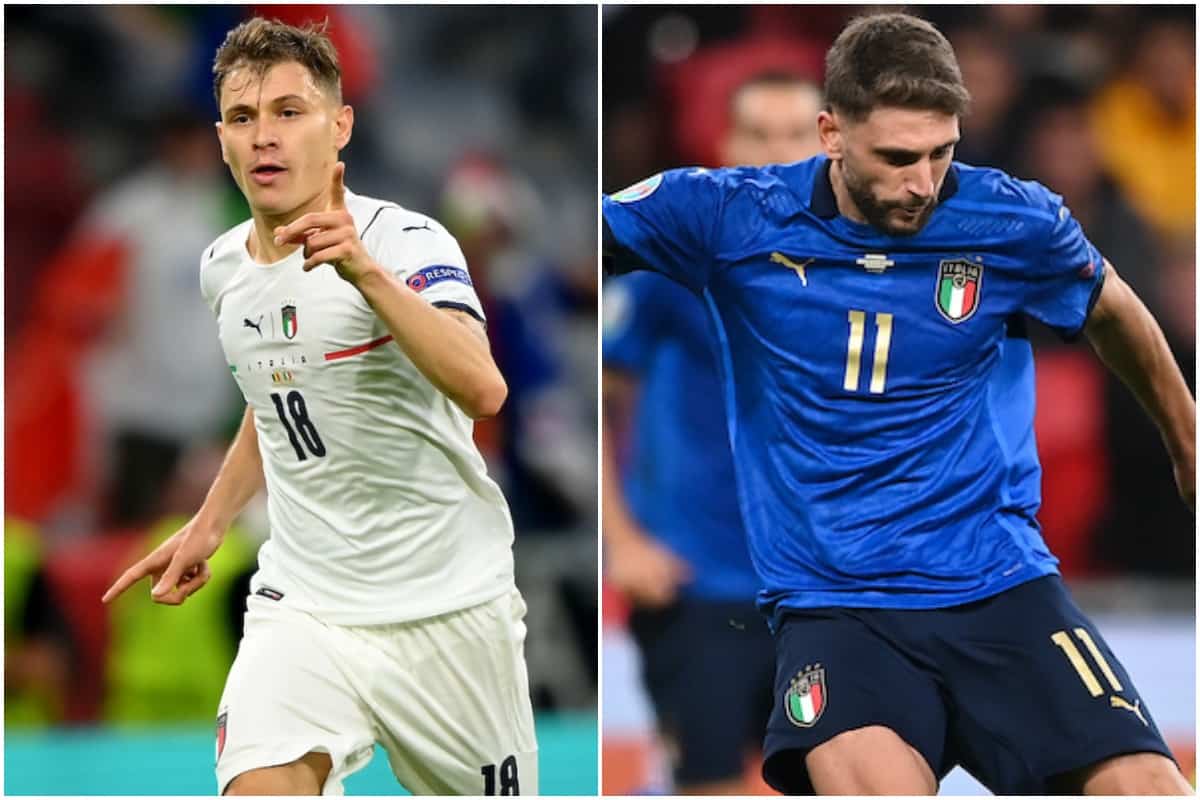 Liverpool continue to be heavily linked to a few players who starred at Euro 2020 – with contrasting reports over two stars from champions Italy.

The Azzurri impressed most onlookers with their mix of defensive resolve and attacking intent, with Roberto Mancini’s side unbeaten throughout the tournament and eventually beating England on penalties.

It’s no surprise that a fair few of the squad are now being linked with transfers elsewhere, even if major international tournaments are not the scouting haven they once were, with clubs already knowing everything about pretty much every player involved beforehand.

The pair the Reds are linked with are key central midfielder Nicolo Barella, of Inter Milan, and right-sided forward Domenico Berardi, of Sassuolo.

Barella, 24, was a key figure for the Nerazzuri as they stormed to the Serie A title last season – and, as such, he’s not on the market according to journalist Fabrizio Romano.

The Twitter transfers mouthpiece says “there’s nothing going on” between the clubs and they consider him “untouchable” this summer, having already offloaded Achraf Hakimi and seen boss Antonio Conte depart, replaced by Simone Inzaghi.

As for Berardi, it’s less clear-cut.

Corriere della Sera report the Reds as being “fascinated by the movement and attacking capacity” of him, while his market value of between €30-50 million wouldn’t be out of reach at all.

The kicker here is that he almost exclusively plays right side of the front line these days – the Mo Salah role.

As such, it still seems unlikely the Reds would outlay that kind of money for a player who is in his prime at age 26, if they weren’t going to be a guaranteed starter.

Therefore we can either assume it’s admiration from afar with little intent to pursue…or else Mo is primed for a more central role this term.

In a twist, though, Berardi’s club Sassuolo are reportedly keen on Marko Grujic, who they see as a replacement for another Italy midfielder who is leaving this summer, Manuel Locatelli.

It raises the prospect of a possible part-exchange deal to reduce costs for both clubs – and which might allow the Reds to recoup the amount they want for the Serbian midfielder, with Porto seemingly short of the cash to do so.