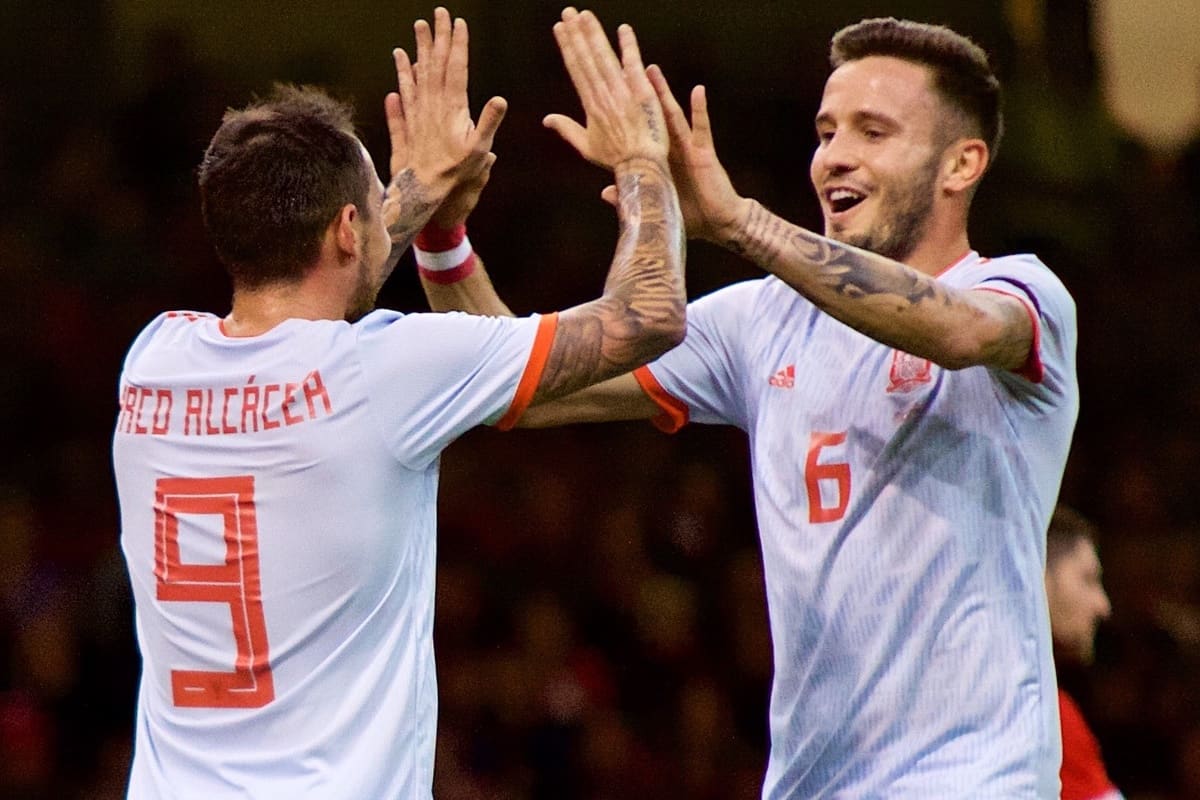 It has been claimed that Atletico Madrid have “agreed to sell” Spain midfielder Saul Niguez to Liverpool, but fans should not get excited about the 26-year-old at Anfield.

Saul has been with Atleti since his move from rivals Real Madrid as a youngster in 2008, and now 26, he has spent the last seven years in their first team.

After a loan spell with Rayo Vallecano in 2013/14, Saul took up duties as a first-choice midfielder under Diego Simeone, and despite maintaining his importance last season, now appears set to leave.

This is despite signing a remarkable nine-year contract with Atleti back in 2017, which is one of the longest in football history and is reported to include a release clause of €150 million.

According to Spanish publication La Razon, Saul “has in mind to put an end to his career at Atletico Madrid and is seduced by the idea of being able to try his luck in the Premier League.”

Atletico are claimed to be “willing to facilitate” his exit, with Udinese’s Rodrigo de Paul touted as his replacement.

It is suggested, then, that “if Liverpool slightly exceeds the price that Atletico Madrid finally pays for De Paul, Saul could land at Anfield this summer.” 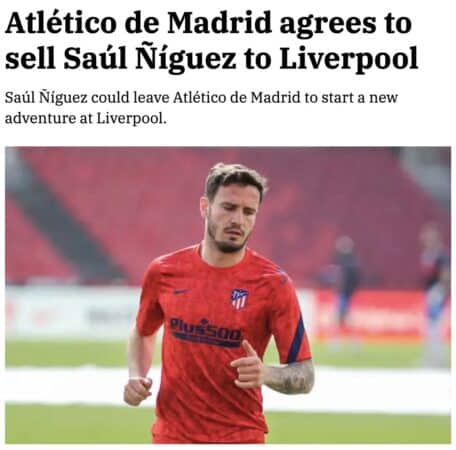 La Razon‘s headline simply reads “Atletico de Madrid agrees to sell Saul Niguez to Liverpool,” and though their story is much more complicated, this is the line publications across England have picked up on.

In the Liverpool Echo‘s liveblog, for example, they strangely cite fansite Anfield Central along with La Razon in relaying that the two clubs “are in agreement” over the move.

That would suggest, therefore, that Saul is on his way to Merseyside, with a fee agreed for an elite replacement for the outgoing Gini Wijnaldum.

In reality, that is far from the truth, with Liverpool simply suggested as a possible landing spot for the wantaway Spaniard, linking back to May when La Razon originally claimed Naby Keita could move in the opposite direction.

Liverpool have been linked with a variety of midfielders following Wijnaldum’s decision to join Paris Saint-Germain on a free transfer, with some more believable than others.

One of the biggest factors that could deter Liverpool is his salary, with Atleti believed to be paying their No. 8 a wage of €7 million per year after tax, which would equate to around £200,000 a week before tax in England.

That would surpass the likes of Mohamed Salah and Virgil van Dijk as the Reds’ highest earner, and though he is a proven, top-level midfielder, that would almost certainly force an increase for the majority of the first-choice players at Anfield.

Given Liverpool appear to have already turned down a move for Neuhaus despite a £34.3 million release clause in his contract, it is unlikely they are looking to spend even more on a player to contend with Fabinho, Thiago and Jordan Henderson.

That is not to say Saul should be ruled out entirely, as his rumoured availability could still make him an attractive prospect to Jurgen Klopp and Michael Edwards.

But as it stands, it would be remiss to get carried away with claims from a rather dubious source in La Razon.