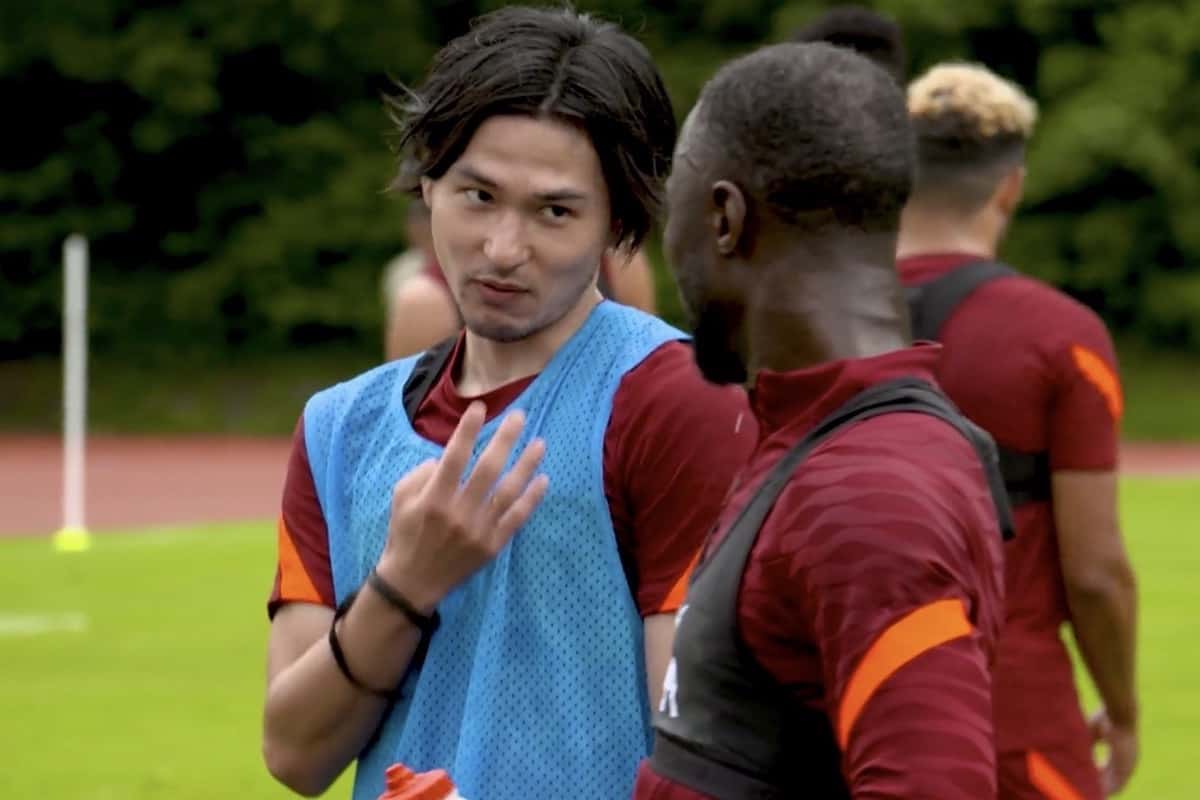 Takumi Minamino is set to be given a chance in pre-season as, despite Liverpool being open to offers for the forward, they are “very reluctant” to agree another loan.

As the Reds travelled to Salzburg for their pre-season training camp, Minamino was one of 34 players welcomed in by Jurgen Klopp‘s for the initial tests and sessions.

Of those 34, it is safe to say at least 10 of those are facing uncertain futures, with plenty of business still to conduct as Liverpool look to trim down their first-team squad.

Minamino is among that 10-strong group, having spent the second half of last season on loan with Southampton after Klopp admitted he was unable to give him the chances he needed on Merseyside.

The 26-year-old struggled to command a starting role at Southampton, but manager Ralph Hasenhuttl has expressed his desire to retain him for the new campaign.

However, according to Goal‘s Neil Jones, “the feeling from inside Liverpool is that permanent interest in Minamino this summer will be minimal.”

That is unlike Divock Origi, who is attracting clubs in Germany and England, and Xherdan Shaqiri, who is on the radar of Lazio, as the club look to cash in on their fringe players.

Jones adds that Liverpool are “very reluctant to even consider another loan move” for Minamino, which opens up the prospect of an extended stay at Anfield.

Minamino has admirers among Klopp’s coaching staff, which is evident with how often he is praised during Liverpool’s training sessions in Austria, but he is yet to fully translate that to the pitch in the Premier League.

As Jones notes, the fact that Liverpool will lose both Mohamed Salah and Sadio Mane to the Africa Cup of Nations midway through the new season does open up the possibility of players like Minamino staying and taking their chances.

But first he must impress in pre-season, starting against a side he will be more familiar with than most of his team-mates, FC Wacker Innsbruck.

The Austrian side have faced Salzburg a number of times in recent years, with Minamino assisting in his former club’s 2-0 victory over Liverpool’s upcoming opposition in 2019.

Minamino could start the 30-minute game on Tuesday evening, though he may be eyeing a place in the lineup against the higher-profile Stuttgart directly after.

Hit the ground running, and the Japan international will hope he can show Klopp he is worthy of a first-team spot at Liverpool – which may be required, given the supposed lack of interest elsewhere.