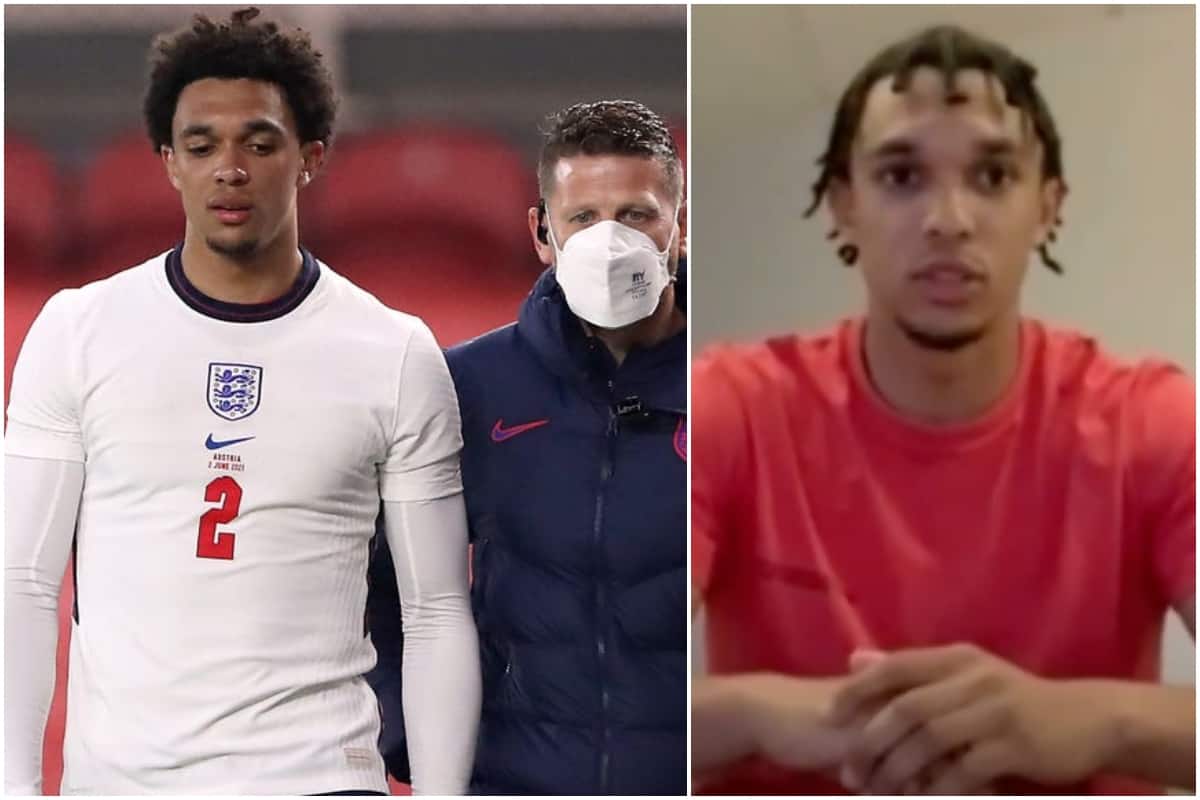 Trent Alexander-Arnold is preparing for his sixth pre-season under Jurgen Klopp off the back of a quad injury, and the No. 66 is ready to get going.

The 22-year-old was dealt a cruel blow earlier in the summer after he was forced to drop out of England’s European Championship squad after picking up a grade two quad tear.

After all the debate that surrounded his selection, it was a bitter blow just a day after being confirmed as a member of Gareth Southgate’s 26-man squad.

A four to six week recovery period was the provided timeline. Nearly five weeks on, Alexander-Arnold is making positive progress and is expected to partake in a full pre-season, which starts on July 12.

“Every day is a new step, every day is getting better and getting fitter. Going into pre-season will be good,” Alexander-Arnold told BBC sport during England’s win over Ukraine.

“Having a few weeks’ rest and then hitting the pre-season and trying to push on from there.”

They will be welcome words for Reds and after missing just 16 games over the last two seasons, the break will no doubt do wonders for the right-back ahead of 2021/22.

But that he missed out on the chance to represent his country remains a disappointment, but he is a proud supporter from afar as England head into the semi-finals.

“It’s disappointing for me personally not to be there but it still puts a smile on my face seeing the lads out there doing so well, going far and seeing the nation get behind them,” he continued.

“The support everywhere has been amazing. To see that and to know all the lads, having been there for a few weeks with them, I know they’re going to do us proud.”

Alexander-Arnold will be part of the first wave of Reds to return to training in eight days’ time, where Virgil van Dijk has already declared himself “pre-season ready.”