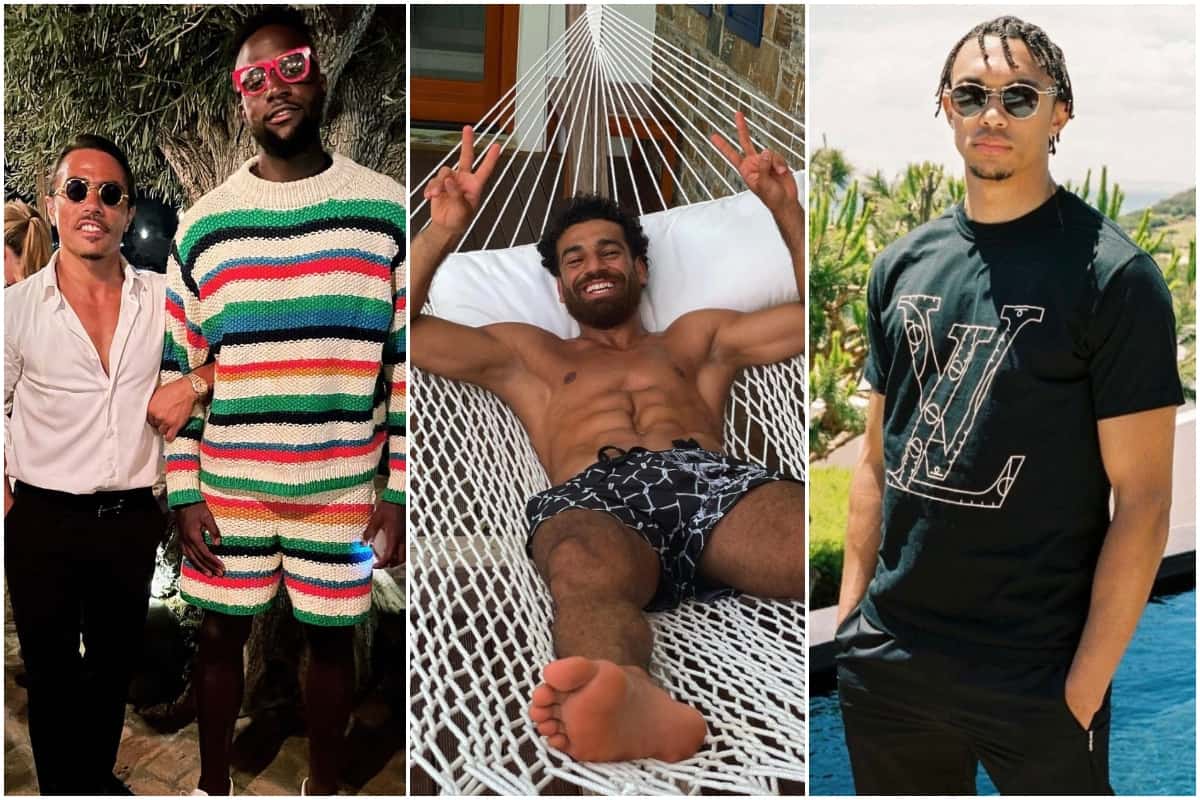 Many of the Liverpool squad are still in countries on the UK’s amber list for travel despite returning to pre-season on July 12 and the threat of a 10-day quarantine.

Within the government’s current COVID-19 guidelines, those travelling back from countries on the amber list are required to quarantine for 10 days on their arrival.

This is regardless of vaccine status, with tests to be taken before their return, as well as on day two and day eight of their isolation, which has altered summer plans for many across the UK.

However, there are a number of the Liverpool first team who have opted to travel to amber list countries for their post-season holiday – and many of those are still there.

Ibrahima Konate, for example, is in his native Paris, France, while Divock Origi visited Salt Bae’s Nusr-Et restaurant in Mykonos, Greece this week.

It is unclear where Mohamed Salah is, but it is unlikely he is in Egypt as that is on the UK’s red list and would require a hotel quarantine upon his return.

Kostas Tsimikas has also been in Greece, while Virgil van Dijk, Joe Gomez, Alex Oxlade-Chamberlain and Marcelo Pitaluga have all been training in Quinta do Lago, Portugal.

The amber list also includes countries such as Senegal, Germany, Japan, Nigeria, the Netherlands, Poland, Switzerland, most of Spain and the United States.

It could be assumed, then, that those still on holiday in amber list countries would be required to isolate for 10 days on their return.

With Liverpool beginning pre-season training on July 12, that would in theory see those back after the first day of the month still in quarantine and unable to take part.

However, it would seem that Premier League footballers are still able to train and play games while observing other COVID-19 guidelines, which will allow the likes of Van Dijk, Salah and Konate to be back for day one.

The Mail reported last week that the top flight had reached an agreement with the government’s Department of Culture, Media and Sport, along with the FA, that would exempt them from quarantine rules with regards pre-season friendlies.

Liverpool would, therefore, be permitted to travel to Austria and France for training camps and warmup games later this month, without the need for a 10-day isolation upon their return.

Their plans would, however, still need to be in line with local restrictions when travelling to other countries.

Clubs from amber list countries are also able to travel to the UK for friendlies against Premier League opposition, which should allow Liverpool to organise their proposed friendly with Osasuna at Anfield.

It is likely that this agreement allowed those Reds abroad to extend their time away, with Konate having left Dubai for France last month for his final stop before moving to Merseyside.

There is certainly an argument that Premier League players have been given preferential treatment, but it has long been the case that the same rules don’t apply to footballers.